You Can't Break His Heart 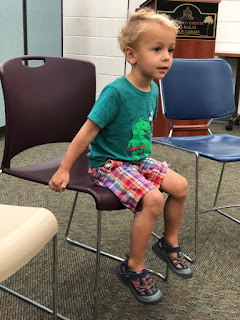 Here's August listening closely (literally on the edge of his seat) to one of the stories at Story Hour in Monticello today. There were only a few of us there but we carried on as if it were a crowd. He and Maggie both look to me like their arms and legs are suddenly just stretching out and they're losing all of their baby looks and becoming kids.
I mean, obviously, but still...

So we went to Story Hour and then we came back to my house and ate leftovers here because we do eat out a lot and I got to read books to my boys and mostly I just feel a bit crazy and not very functional today so I think I'd just rather briefly discuss Mick Jagger than anything else.
Have you seen the video of him dancing in a studio that's all over the internet?


Here he is along with a few words from the ABC (FAKE NEWS!) team.

I showed Jessie the video of him dancing and she said something along the lines of how usually, when you see a video on Facebook of a 75-year old man dancing it's like at a wedding and he looks like an old man dancing and you go, "Oh, that's so sweet!"
But this ain't that.
We don't even need to throw in the part about how he just had heart surgery.

So the Stones have rescheduled all of the concerts that had to be canceled due to the surgery and it looks to me like old Mick is going to be fine and that once again, the original Bad Boys of Rock and Roll will be hitting the road and doing what they love to do and what no one does like they do.
Here's a little lagniappe picture of my spirit totem animal. 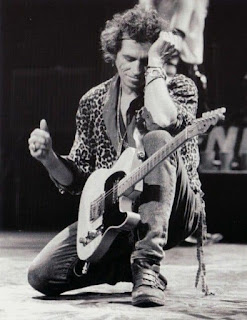 And hey, just for the hell of it- I offer you this.