Not The Best Outing At All 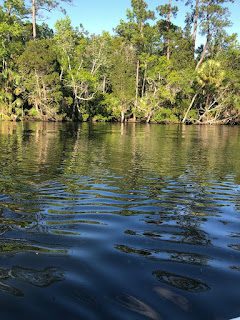 The day started out fine and Jessie and the boys and I drove to Monticello and August talked and talked and he talked about bulldozers and machines that can carry very, very heavy things like dirt and pieces of road and giant trees and FEMALE CHICKENS! Where did that come from?
Oh, August.
And then he asked me if for his birthday I would get him a flying thingee and Jessie and I asked him what that was and he talked and talked (he is so full of talking) about a marvelous flying thingee that sounded like a jet pack and when you are done flying it turns back into a "carrier."
I told him that he might have to invent one because I don't think we have those yet but that if I see one, I will indeed buy it for his birthday.
The Story Hour in Monticello was canceled again because Ms. Courtney had something she had to do with one of her children and Terez apologized but it was okay. We had a good time with the kid computers and books and stuffed animals.
And then we went to lunch and then Jessie dropped me off at home and I did some ironing and watched part of Above Us Only Sky, a documentary about John Lennon and Yoko Ono on Netflix and it is wonderful and you should watch it.
And then Mr. Moon came home. He had asked me yesterday if I wanted to go on a little boat ride this afternoon on the St. Marks river to try out the steering on the boat that he and Vergil worked on for hours and hours on Sunday and I said I would do that. We didn't get down to the river until six o'clock and I was grumpy already because the AC in the truck wasn't working and I know about boats. I know what they do which is to fuck up all the time and I did not have a lot of hope for this outing but I went. I was being a good wife.
Mr. Moon launched the boat and by the time we were on the water I already had two yellow fly bites and my ankles were swelling and ache-itching and it was so damn hot. SO DAMN HOT ON A RIVER AT SIX O'CLOCK IN THE EVENING and the boat steered okay but it had a big hesitation going on in the engine when we sped up and more yellow flies got on the boat when we slowed down for the manatee section of the river and then we turned around and went back to the dock and I got more bites and Mr. Moon pulled the boat out onto the trailer and then he realized that one of the tires on the trailer was flat.
Flat. Flat. Fucking flat.
I was hot. My ankles and feet were at the bursting point.
We unhooked the trailer with the boat on it and left it in a safe place at the marina and went to the only halfway decent restaurant in St. Marks and they have NO AIR CONDITIONING and there were more yellow flies and when we got our not-very good food, the regular flies came out and bombed our seafood and there was really crappy shitty rock music playing really loud.
You can only imagine how happy I was at this point. Also? I had worn my bathing suit under my dress just in case we got a chance to jump into the river which we did not and wearing a woman's bathing suit under one's clothes is not unlike wearing a body condom and it only made me hotter and more uncomfortable if that was even possible.
We drove home through the woods and forests and then Mr. Moon loaded the truck back up with the spare tire for the trailer and a jack and I don't know what all and it's 10:00 p.m. and he's now back on the road to go back to St. Mark's and put the spare on the trailer and drive home but first he has to go by Walmart for something he needs and I pleaded with him to please just call the marina and tell them that he'd be there tomorrow to fix the damn flat and get the boat and trailer out of their way although really I was just thinking that he should abandon the damn thing. Leave it there. Let them tow it away and charge us. Whatever.
He did not listen to my pleading and said he'd be fine and he wanted to get the job knocked out so I made him a coffee drink so he'll stay awake and I'm going to take at least one, maybe two Benadryl and then I'll have a shower and then I'm going to bed and, well, as I said to Mr. Moon over that accursed supper- this was not our best outing.

And I realize that really, on the whole scale of things this is not a big deal and I'm really a very weak and bitchy woman although I can't help but think of a story that Marjorie Kinnan Rawlings wrote about an afternoon wherein she had to work outside in the Florida heat and she had some sort of bites on her legs and then got sandspurs in the bites and finally she just sort of lost it and screamed her heart out.
It was sort of like that.

Lord, I hope my husband gets home safely.

I do not know.