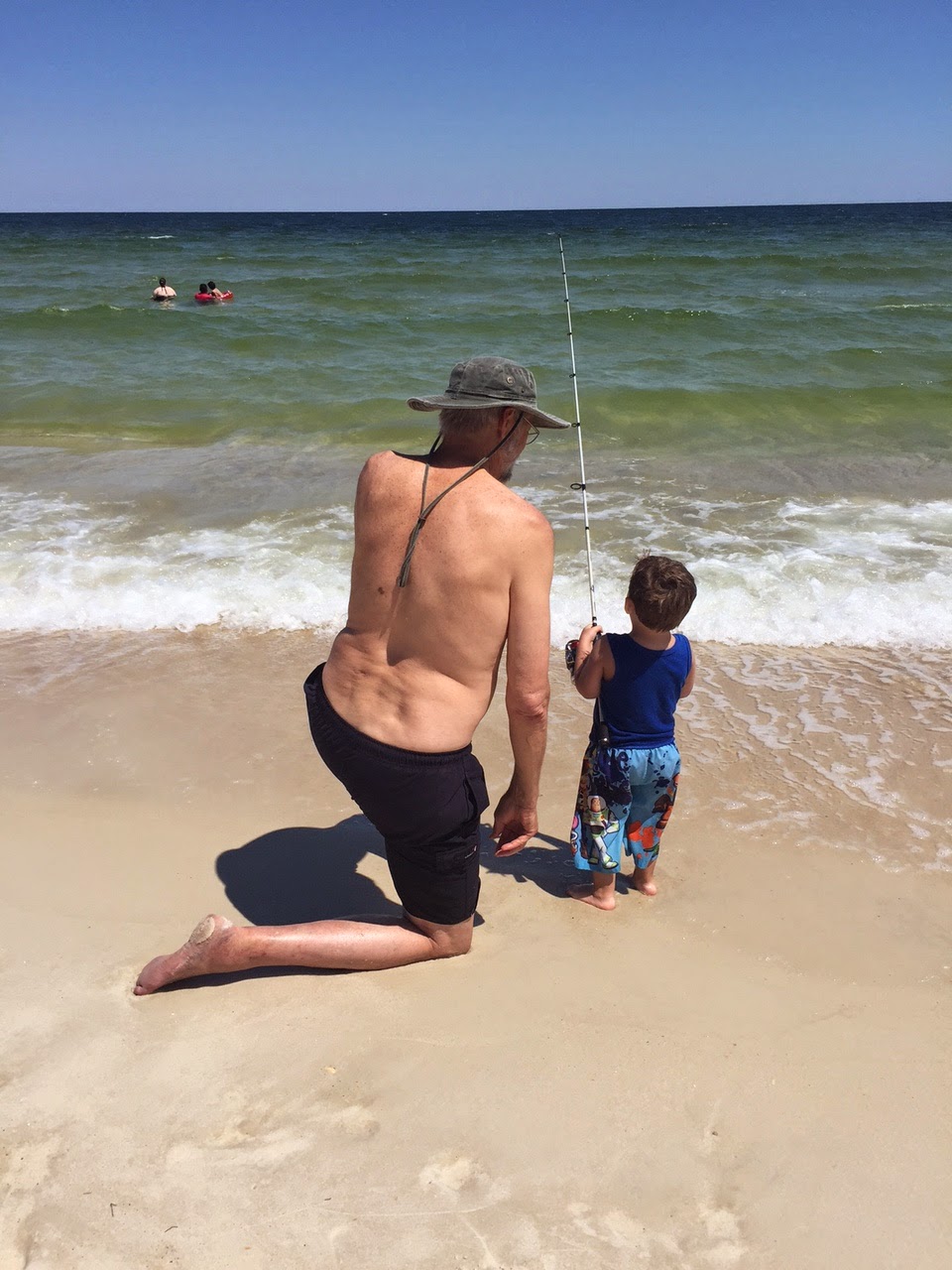 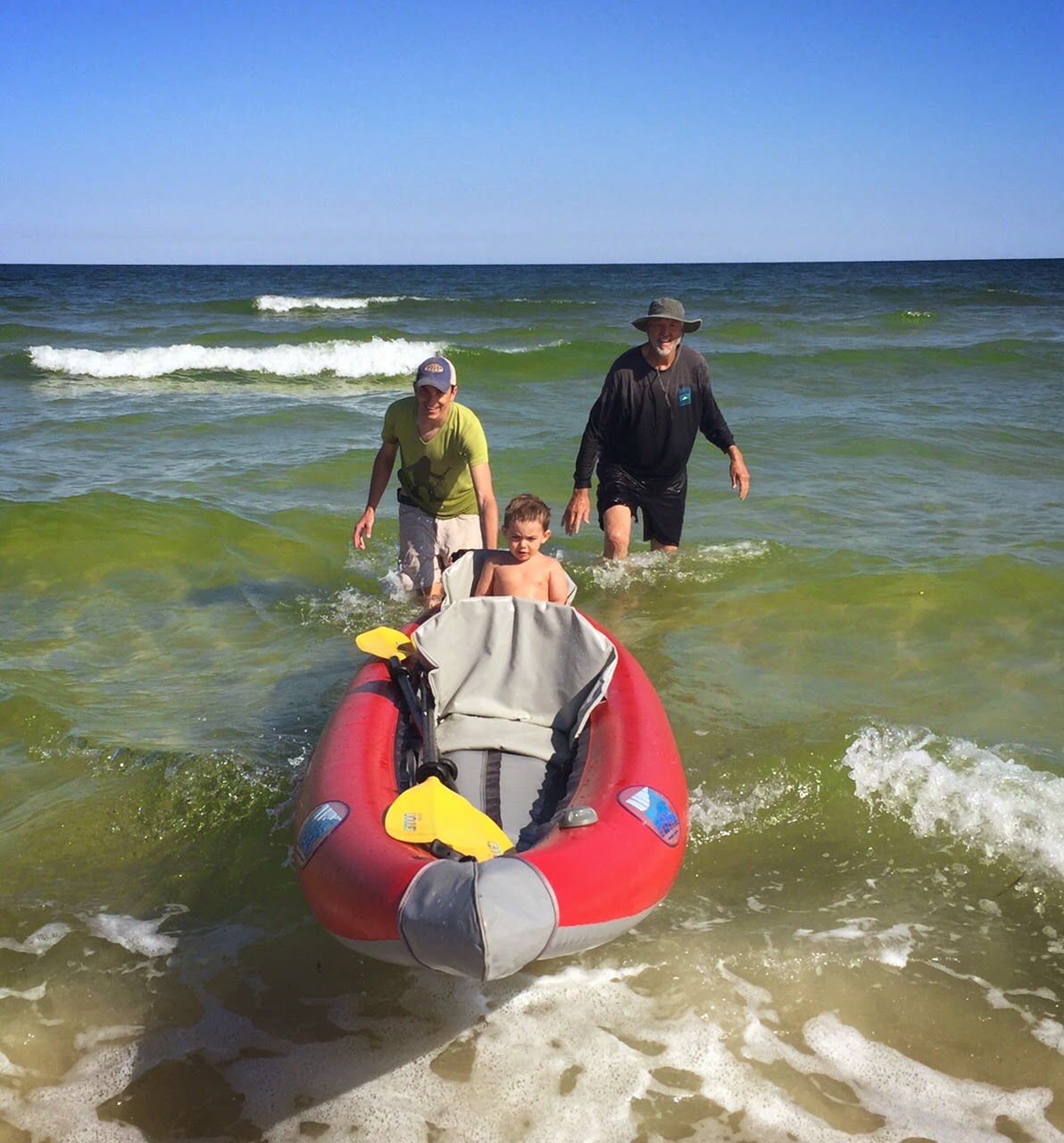 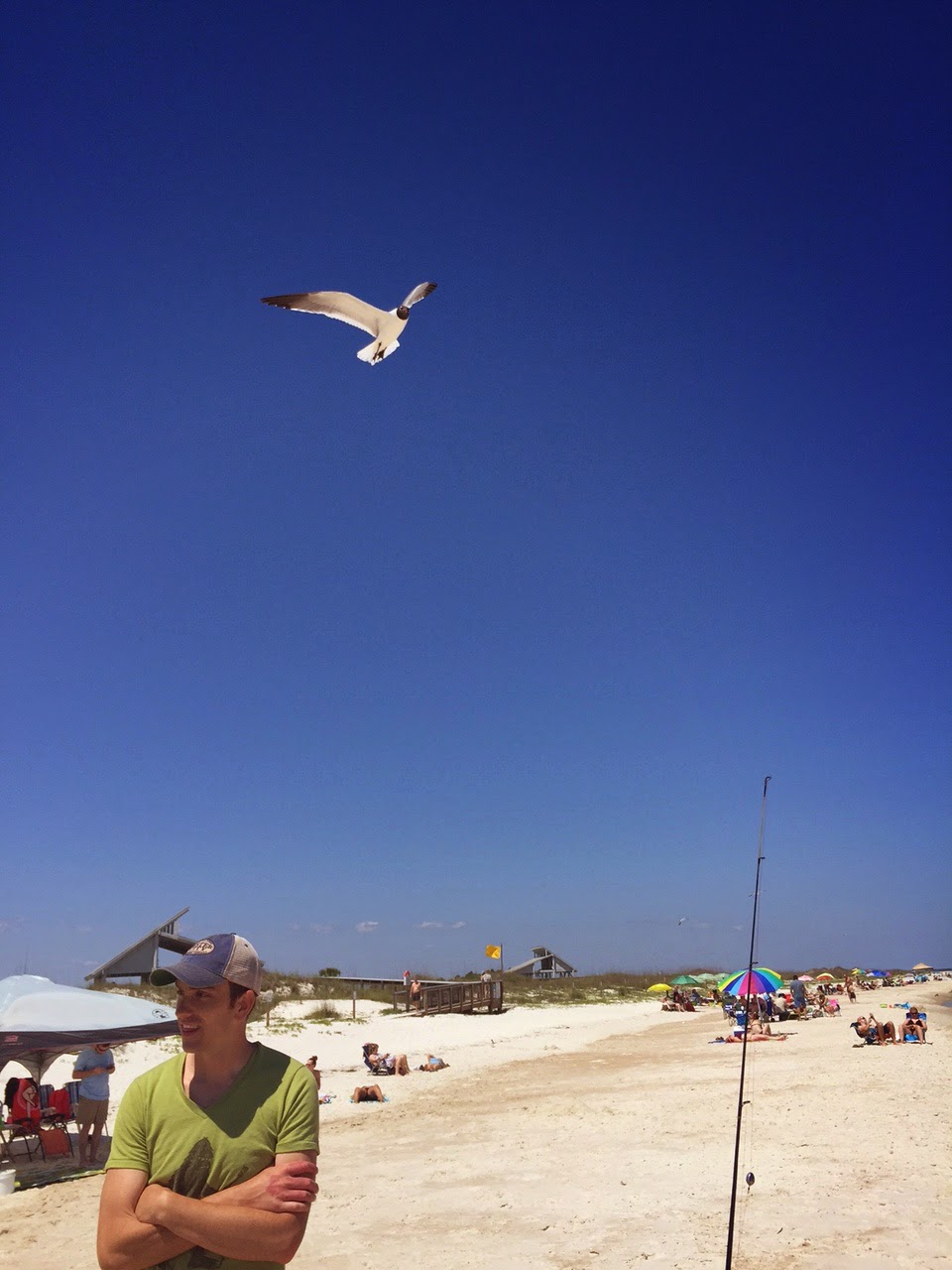 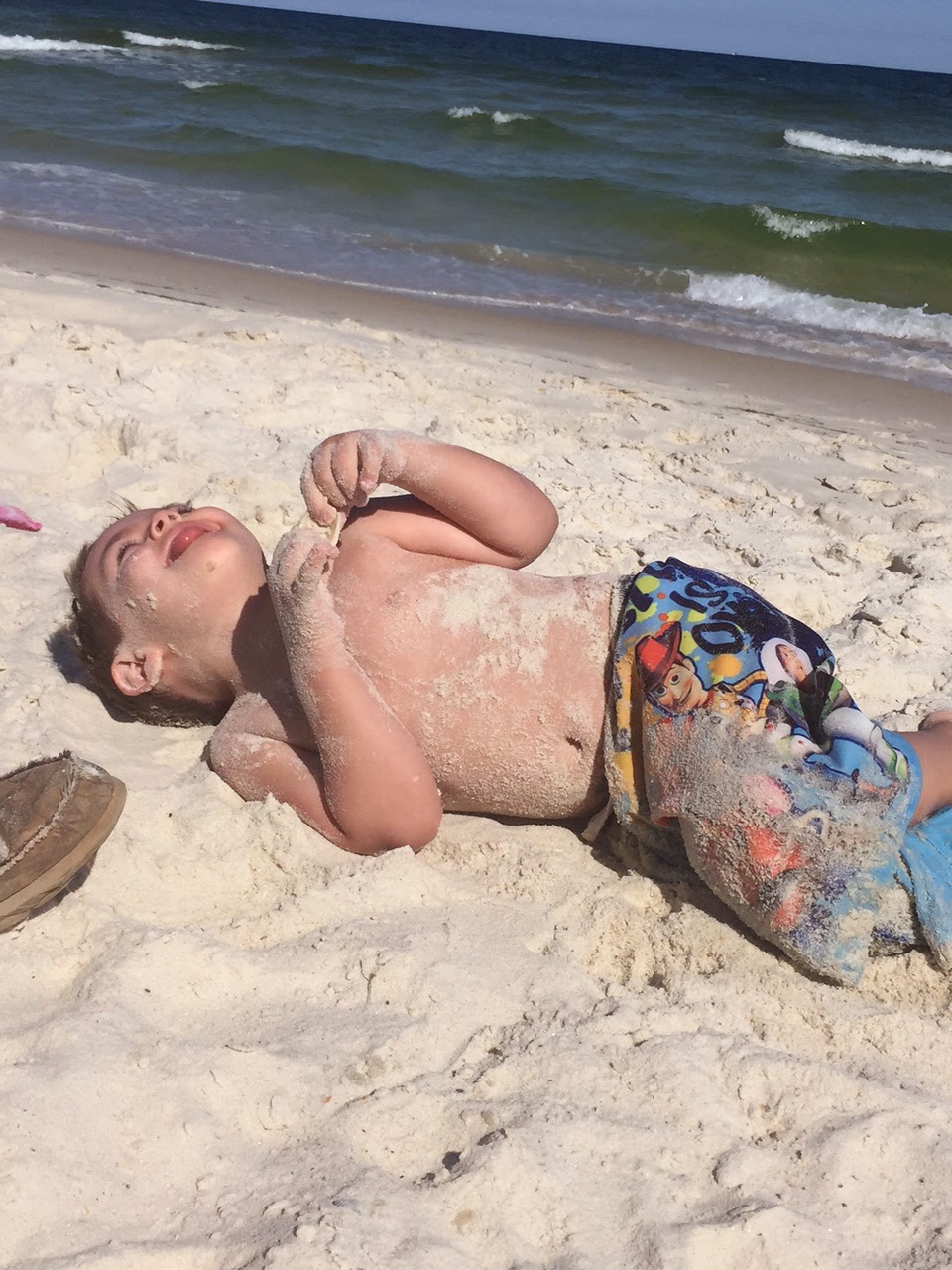 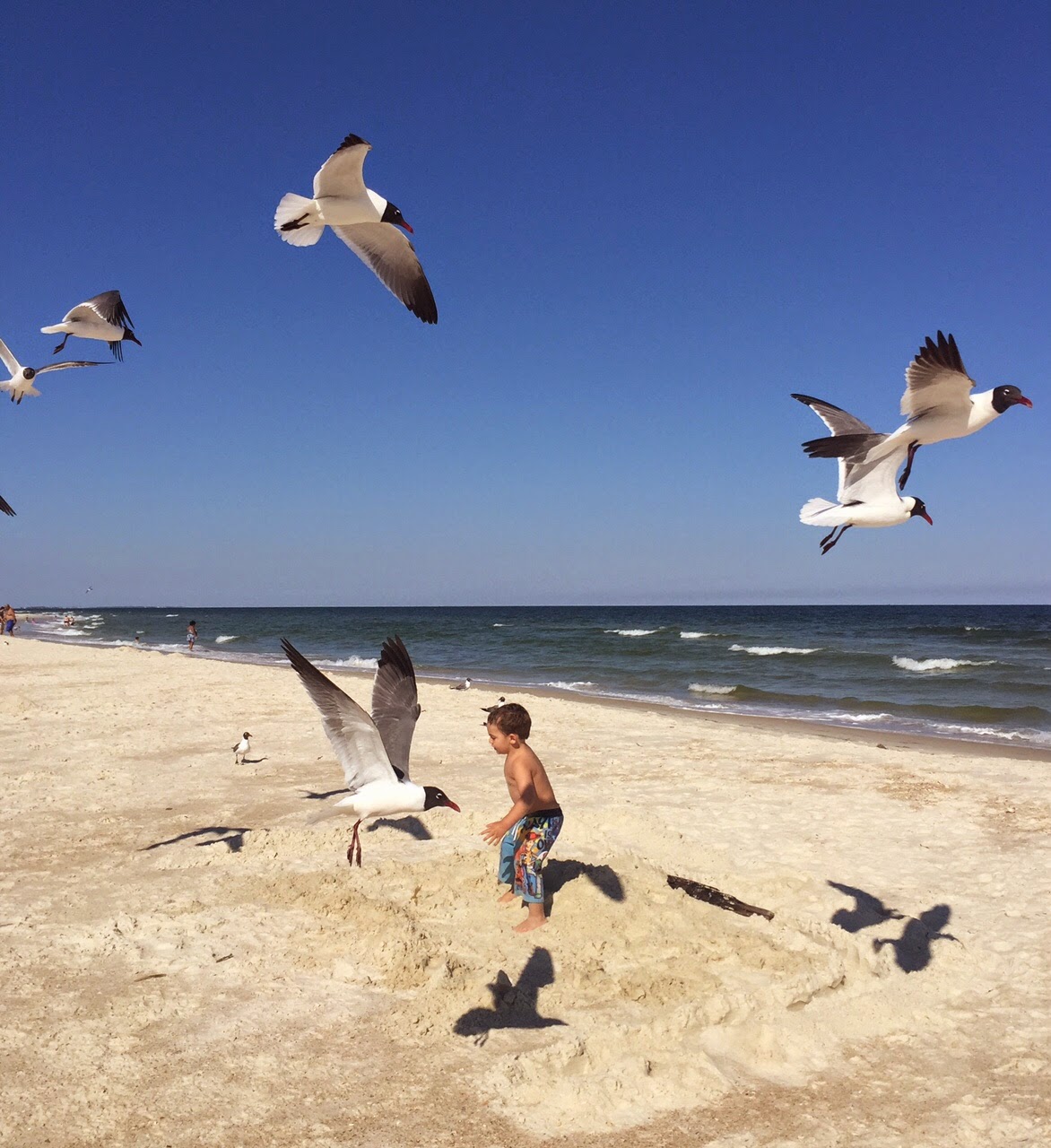 As you can see, it was an outstanding day at St. George Island. Owen did not come because he went with his daddy and his uncle to go see that movie that everyone wanted to go see (don't ask me what) and also, it was Free Comic day and well, I don't understand that either but Gibson loved being the only boy, I think. He got ALL the attention from his mama, his Aunt Jessie, his Uncle Vergil, his Boppy, his Uncle Hank and his Mer Mer and I'm pretty sure I've never seen a child who loves the beach as much as he does. He is completely joyful whether in the water or on the sand, rolling around in pure tongue-out joy. He may have been a labrador in his last lifetime. He never quit moving.
Vergil and Jessie brought their awesome inflatable kayak and Vergil took Mr. Moon out to fish in it. Gibson hitched a ride in from the water when they brought it in.

All in all, it was a spectacular day, cool and sunny and perfect.

On the way home we stopped at a restaurant called The Pearle in Lanark and although the decor looks like what it was-a former convenience store- the food was delicious and it came fast. And the servers were very attentive and we enjoyed our shrimps and scallops and oysters and grouper so much.

Now we're home, the chickens are all safe, and we are ready for bed. I think we'll all sleep well tonight.

The moon is rising all round-bellied and silver, the frogs are singing in the swamp.

I love Florida, even with all of its insanity. I truly do.