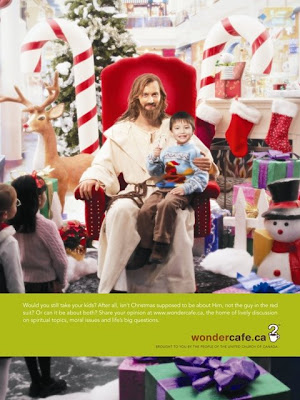 Yesterday morning I felt so good. Yoga was held outside and it was almost too warm but then my part of the platform came into the shade and it was perfect. The hawks wheeled overhead in the impossibly blue sky and cried out, and the leaves on the oak tree nearby fell, sounding like crisp rain.

I felt so good I believed that I could do anything, anything at all, and so I went to town with stove shopping on my mind and decided I could do a little Christmas shopping too. I went to Best Buy and that was fine and then to New Leaf and got chocolate and vitamins and that was fine too and then I went to Borders and it started to happen. That feeling like my head was going to explode. I would reach for something and then somewhere inside me a feeling started that was nothing but NO, NO, NO. The lines were long and people around me seemed fine but I couldn't do it. I had to leave and in the parking lot was a couple who were so young and so obviously in first love and she was crying and he was holding her, awkward, because he hadn't yet figured out how two bodies can fit together, even in a hug. I could feel her sorrow and his sorrow for her and I felt like a voyeur, watching them and I drove away.

On to Sears, which is in the mall and all the stoves make no sense to me. The "power burner" is in the front right position, the simmer burner behind it. As far as I know, a power burner would be needed for nothing but to bring a large pot of water to boil for pasta and the logical place to cook the sauce to go on the pasta would be the simmer burner. The large pot in front of the small?

And none of the stores made any sense to me. I tried. But the head-exploding thing kept getting worse and I bought nothing. I thought to go to Starbucks and get a coffee but just as I approached the counter, about seven teenagers stepped up to it. When did teenagers start drinking coffee and Red Bulls? By the time they're my age, they're going to need IV meth to get through their days. Knowing that each and every one of them was going to order something frappee-ed and frozen and blended and would take at least twenty minutes, I walked away.

I kept hearing Christmas music, sung by sopranos with impossible ranges, throwing the most unlikely and unneeded notes into the stupidest songs as if I'm Dreaming Of A White Christmas was Ave Maria. It was eighty degrees outside and I was dressed for nothing higher than sixty-five. I kept sweating.

I went to Esposito's and bought the tiniest conifer in a pot you ever saw. It's so small that if I strung cranberries to put on it, they would have to be Craisens. That tree almost made me happy. I went to Publix, I bought salmon for my supper. Mr. Moon was going out with co-workers so it would just be me.

I drove home, so happy to get to Lloyd that I almost cried with the relief.
I unloaded everything and put it all away and dragged a little table off the porch to set the tiny tree on in the library. I wound the tiny string of lights I'd bought for it around it, plugged them in. There was no magic there.

I'm so tired. I'm so tired of feeling crazy. Normal people don't fall apart in the mall at Christmas. Normal people just cowboy up, cupcake, and get 'er done. They might bitch and they might moan, but they do it. They aren't afraid that they're going to start yelling in the mall, shouting things like, "No one needs this crap! Go home!"

Or maybe they do. I don't know. I just know that I feel crazier than I've felt in a long time but that one way or another, it'll pass.

The crazy and the Christmas.