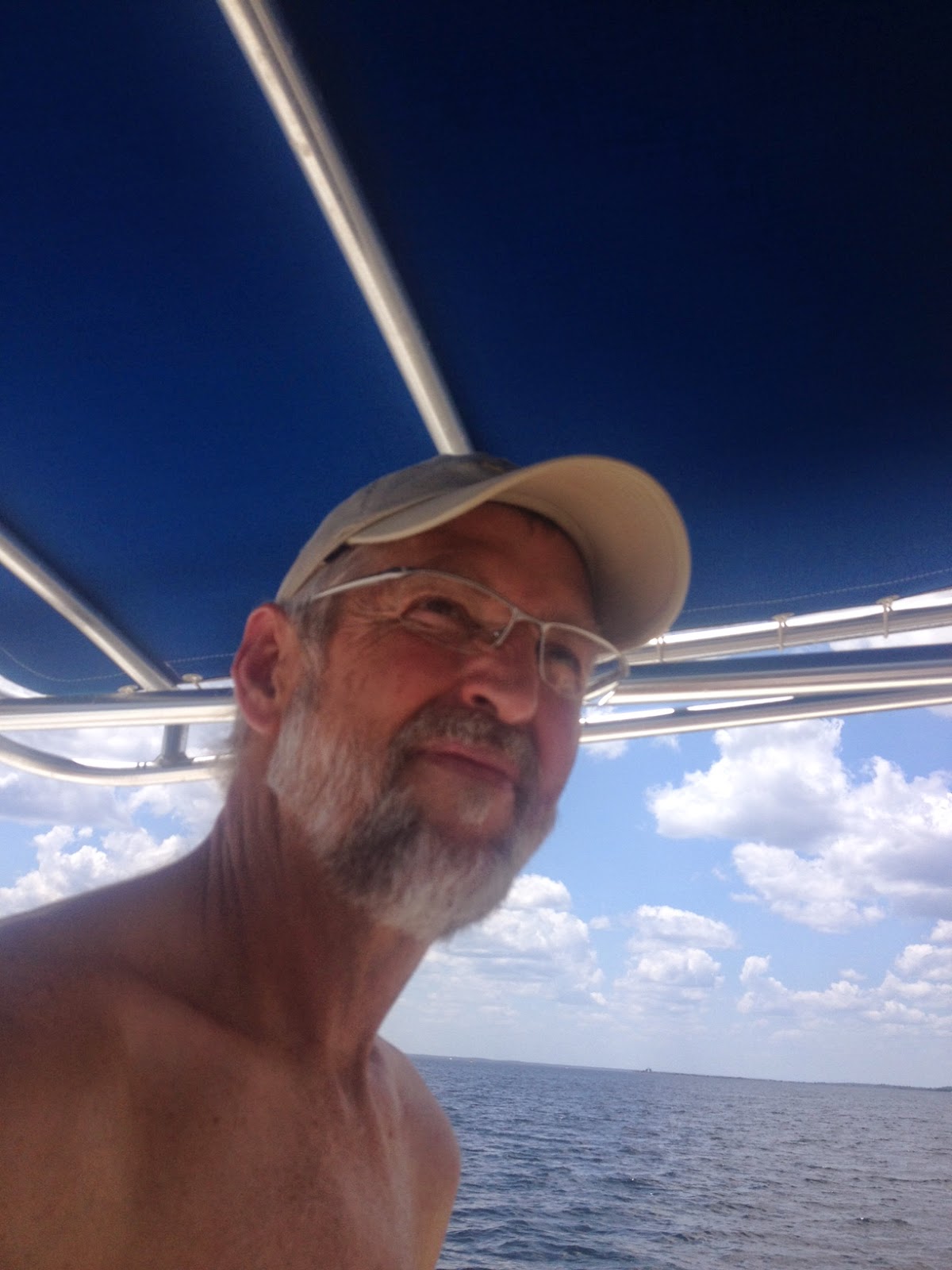 Ah, what a day it's been.
I woke up this morning completely disturbed by the dreams I'd had. They involved everything from murder and kidnapping to my stepfather in full-on lingerie drag. And somehow, I was going to have to support and take care of my younger brothers.
Not a good way to wake up on your husband's sixtieth birthday.
But the fug cleared and we all went to breakfast at the Waffle House, Mr. Moon and Jessie and Vergil and Jessie's friend Melissa and me.
Then we gathered up things to go scalloping, drove down to the coast, put the boat in the water, drove down the river to the Gulf and way out and after three different stops and searches for the sweet little shellfish with Paul Newman eyes, all of ten had been found.
About enough for an appetizer for one person.

But we had fun. And we drove to Spring Creek for supper and ate vast quantities of delicious fried seafood and hushpuppies and trash-talked our governor with our server who was an awesome woman.

And now we're home and exhausted and Jessie's driving Melissa home and Mr. Moon and Vergil are cleaning up the boat and I'm trying to get some laundry done and some tidying-up before bed and it's one of those exhaustions where you're sunburned and full and the idea of taking a shower is almost too much to bear. But, you know. You do it.

I think it was a very fine birthday for Mr. Moon. He kept saying it was. And when we were out on the water we suddenly realized that we were surrounded by dolphins. They were jumping everywhere, sometimes five at a time, all at once, and there were babies and juveniles and we spent at least twenty minutes just watching them, delighted and excited and unbelieving. They came right up to the boat and swam underwater beneath it, rolling on their sides to watch us. It was one of the most beautiful things I've ever seen.

An unexpected miracle, an unasked for gift, a very fitting celebration of life and living, especially for a man who loves the water the way my man does.
And I am so glad he got that gift and that we could all share it.

So. He is sixty, he is beautiful, and I love him and he is my my miracle and gift and may all of our dreams be sweet tonight.