Last Night With The Boys 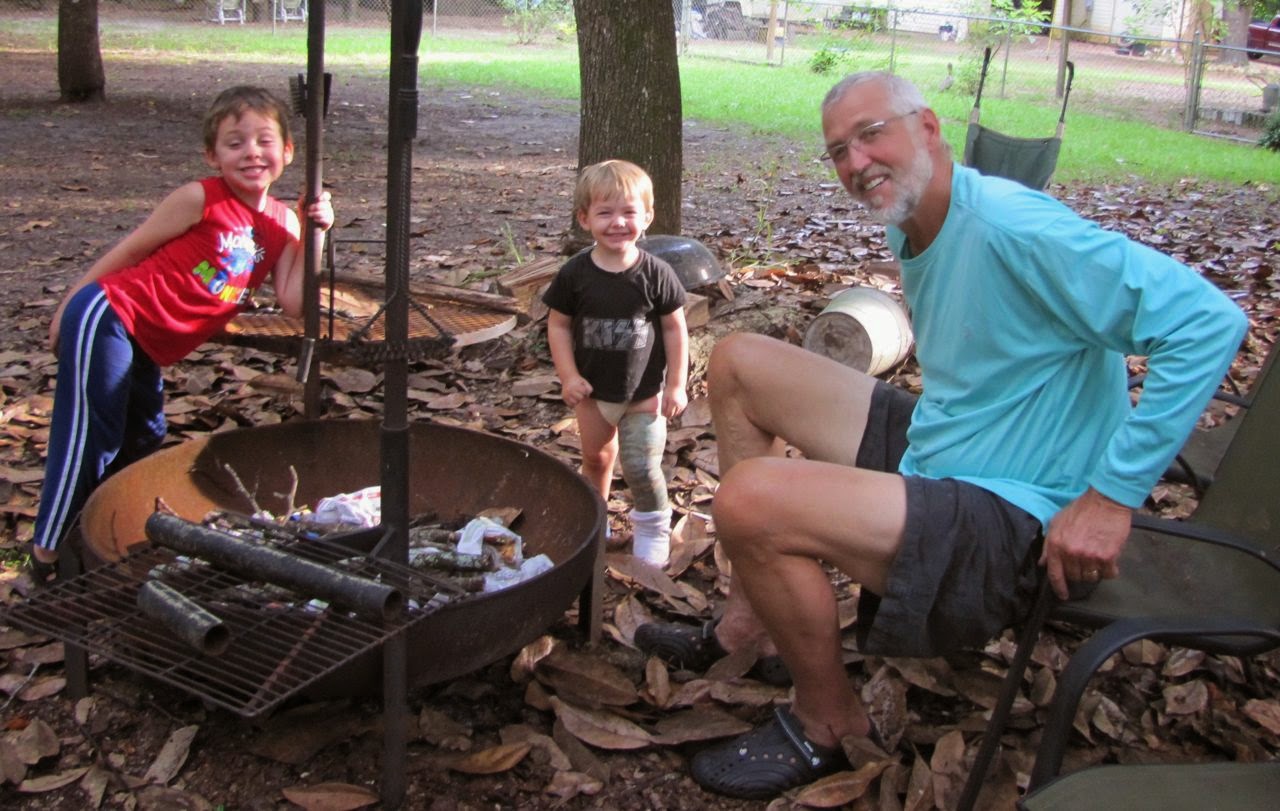 Today has been smooth and easy. I got the boys all ready to go to town and packed snacks and water and an extra pair of clothes for Gibson and diapers, too, along with a wet washcloth in a plastic baggie. It's amazing what all comes back to you when it's time.

We went to the pharmacy where I get my hormonal things and then to the library where I picked up the audio version of the second book in the Game Of Thrones series and here we go again. I've just about forgotten everything that happened in the first book but I am hoping there will be some sort of reprise to remind me. And no, I have not watched one second of the series on HBO or via any other channel. I am rather trembling to be begin it but know that the world will have to take second place when I do. Perhaps the garden will get weeded in entirety, the house cleaned from top to bottom, my walks will extend for miles, all as I listen.
I also got five dinosaur books for Owen and Gibson and then we went to Publix where I bought the boys the treats which they had been promised if they were good and they had been so very, very good and they picked out some sort of horrendous candy, unnatural in every regard, and I did not mind.
They ate lunch anyway, plates of fruit and to balance it all off, some dill-pickle flavor potato chips which Owen had begged for.
I'm a sucker.
No. Actually, I am a grandmother.

Gibson took a nap, falling asleep on me as we watched a youtube video of old pictures of Cozumel from the 70's and 80's, accompanied by music. I put him in the bed and let the child rest. He has run himself ragged over the past few days and he needed his sleep. He got up when Boppy got home and was as happy as anyone on earth and the men all played Wii games and now they have built a fire to grill hamburgers on and I had time to go through and wash and cut out the bad spots on a pile of nubbin potatoes from the garden. 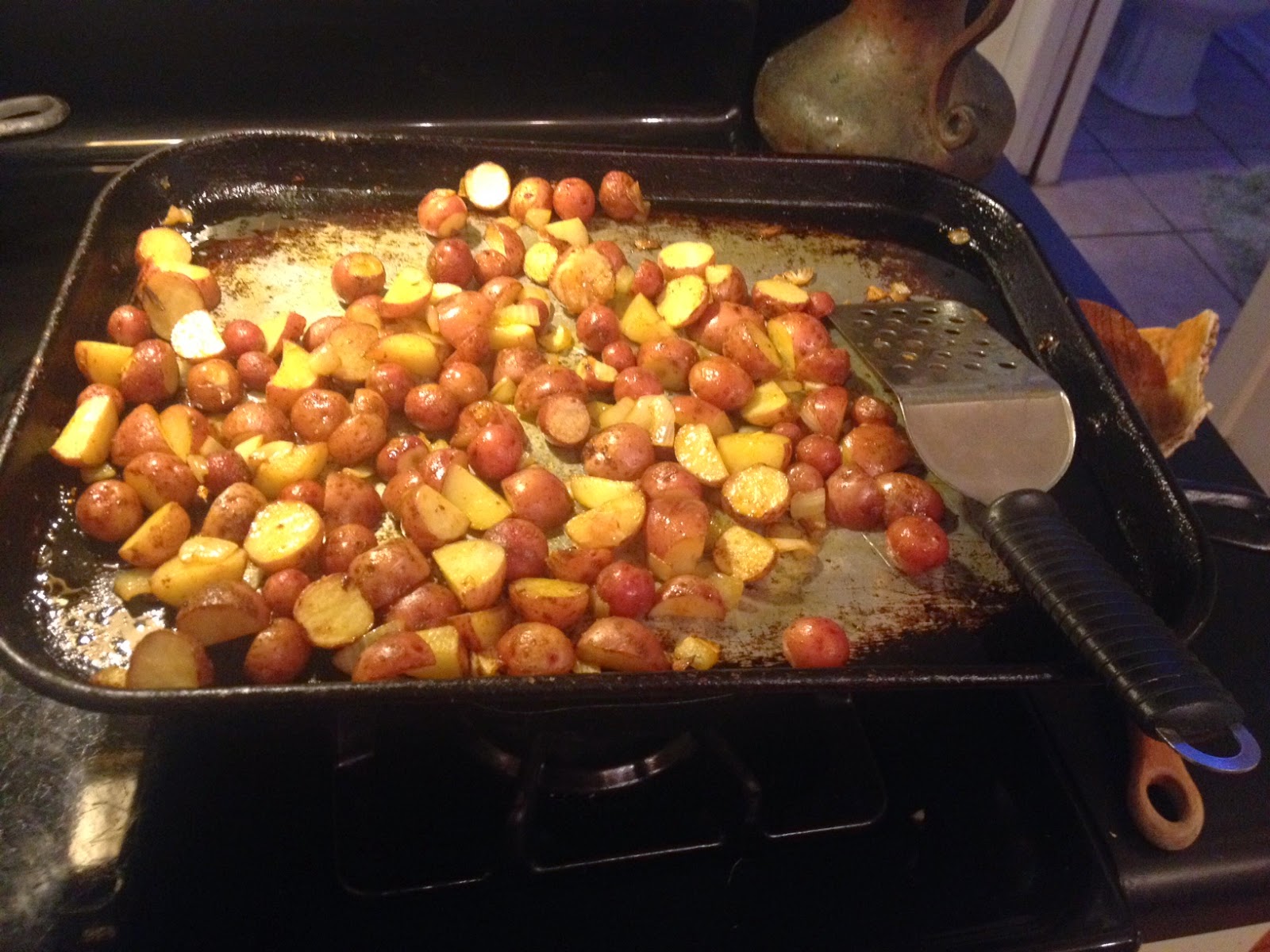 Quite a time-consuming task. But they will be delicious.

I will be honest- I was quite frankly a bit overwhelmed at the idea of the boys coming for three nights. I did not know if I could handle it, physically and in all the other ways too. It is such a constant thing, watching over them, entertaining them, keeping them fed and watered and bathed and booked.
But it has been fine. And in some ways it has been tremendous.

These children are just amazing. Owen the sweetest, most helpful child and big brother, and Gibson such a cheerful, loving soul. Being with them, seeing them with their grandfather and knowing how much they love him and he them- it's rather unbelievable.
I will miss Owen's stories and his observations about things, some of which just knock me over. I will miss Gibson's "Coming, you guys!" his bright eyes, his goofy kiss attacks.

And having said all of this, I am looking forward to handing them back to their parents tomorrow evening and having a martini with my husband with almost indecent anticipation.
I asked Owen today whether he would be sad or happy when he went home. He said, "Both."
I said, "And that is how it should be."
And I believe the same shall be true for me.
It will also be sweet having them back again sometime and the thought of being part of these children's lives as they grow and change (oh please! don't let them change too much!) is a thought that makes me shiver in wonder.

May it be so.
And the gratefulness I feel at the part they've played in my life and that we've played in theirs these past years is nothing short of miracle for me.

The beauty of my three fellows as they play and work together this evening is overwhelming. The love I feel for them is too.

I never could have imagined and yet, here it is, all as real as fire and mosquitoes, as plain as chickens and potatoes, as sweet as the sweetest thing on earth, which is probably exactly what it is.