The men are home from the sea and the fishing tournament did not go so well for them. They worked like demons at it but it was a full moon and the fish fed all night long and slept, fat and full during the day. But as they say- a bad day of fishing is better than a good day at work- and I believe that's probably true for my husband.

I went out and picked those blackberries. It was a hot and prickly business. The place we used to go most regularly is almost overgrown with wild grapes so it's not as good a picking place as it used to be. I got what I could from those bushes and then drove down to where I walk and picked enough to make a decent cobbler and it about wore me out and I had to take a nap but the cobbler's in the oven now 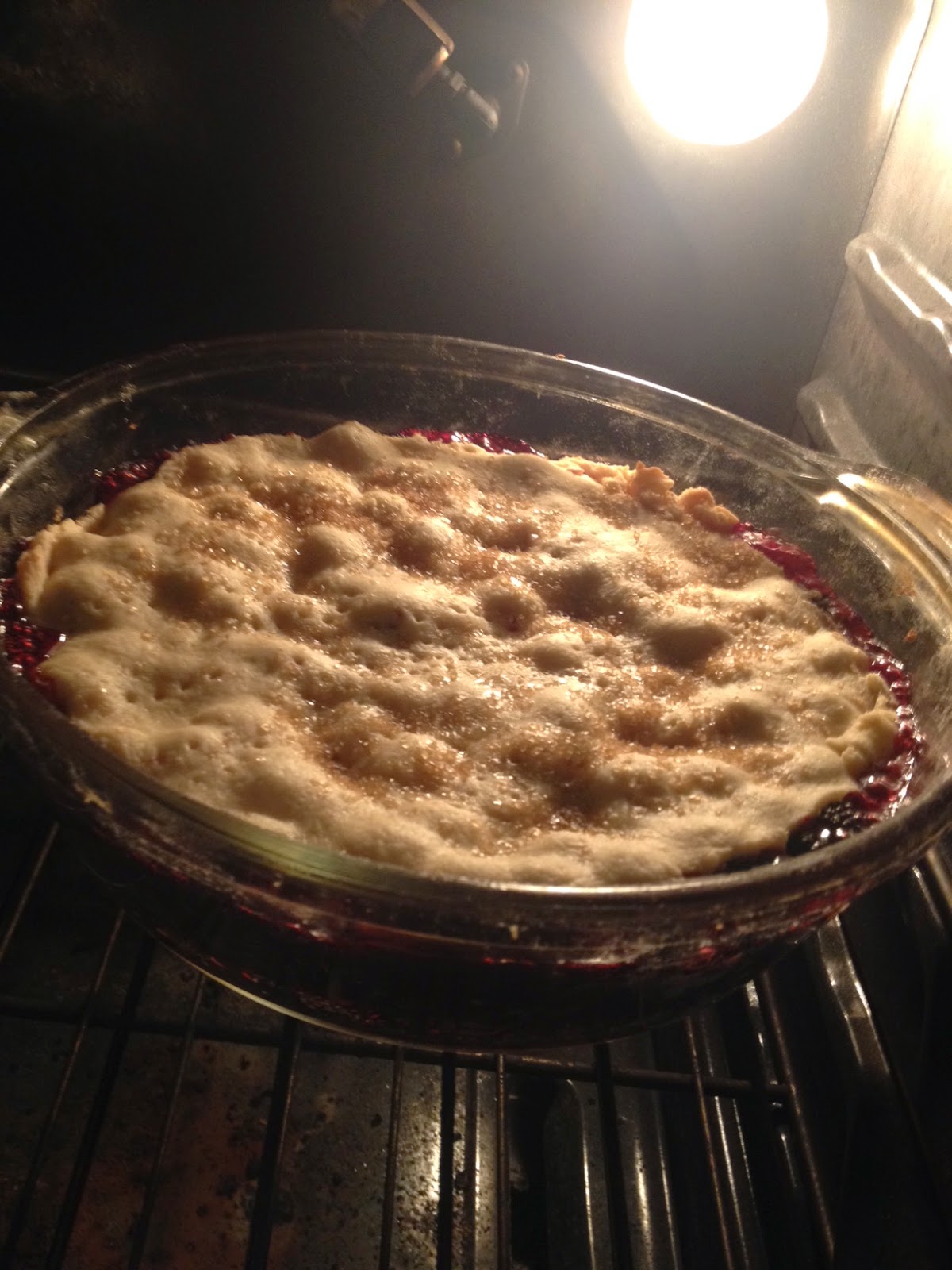 And with the left-over crust I made a little fold-over peach pie. 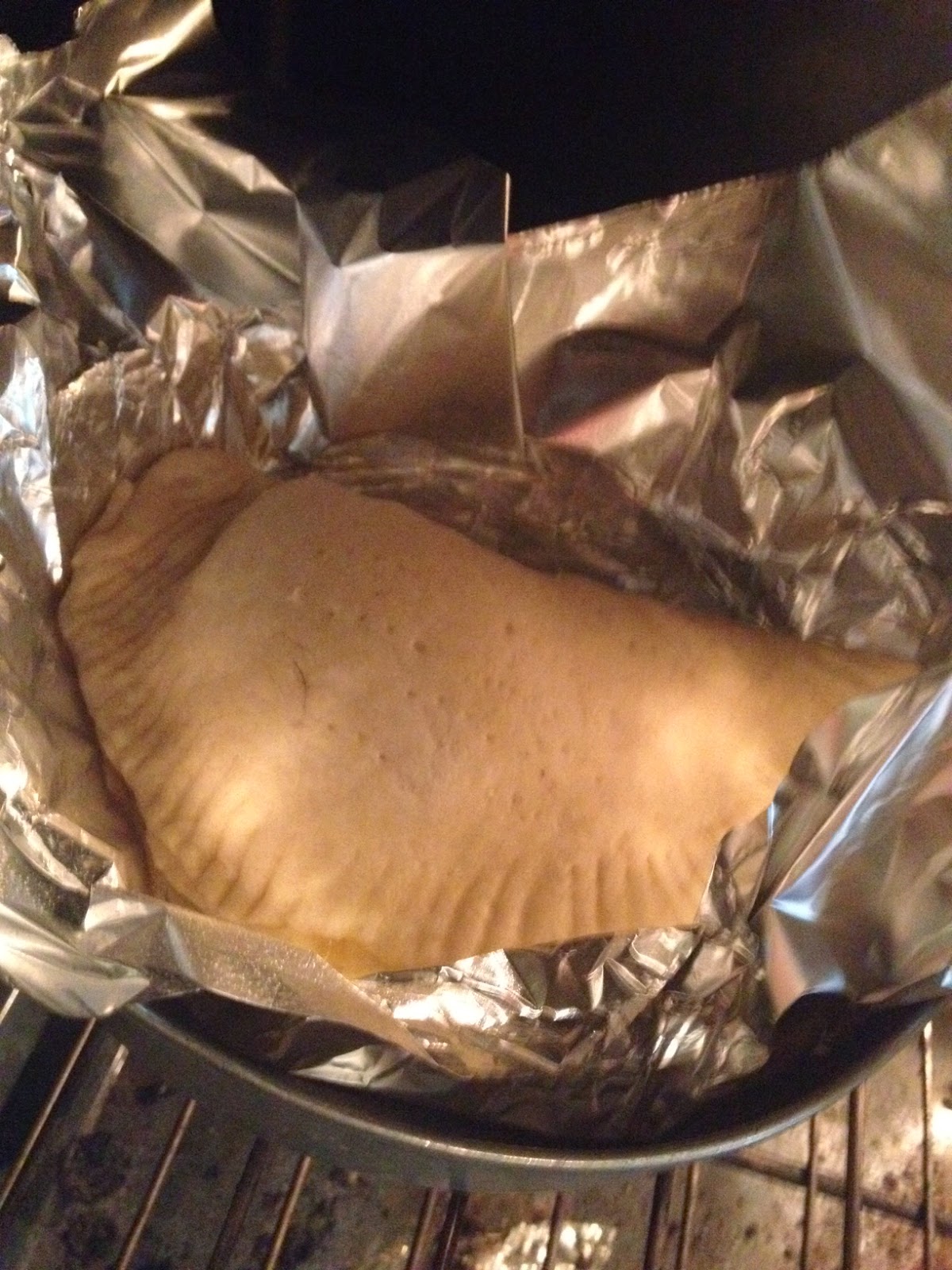 Mr. Moon's grandmother used to make him fried pies and I tried once but my efforts did not even remotely resemble those little pies of his childhood. I am no good at frying things. I admit it.

Anyway, the house smells lovely, those fruit pies baking in my oven.

I've also got a shrimp boil going. He stopped on the way home and bought three pounds of jumbo heads-on and the seafood guys popped the heads before they wrapped them and I'm going to boil them with cayenne and celery salt and sliced lemons and bay leaf and curry powder and then make a salad with them. I wish our tomatoes were ripe but they are not.

I gave him his card and his present- some cologne- and read him his kids' postings on Facebook about him, showed him the pictures. He doesn't do Facebook. He does real stuff.

Here's one of my most favorite pictures of him. 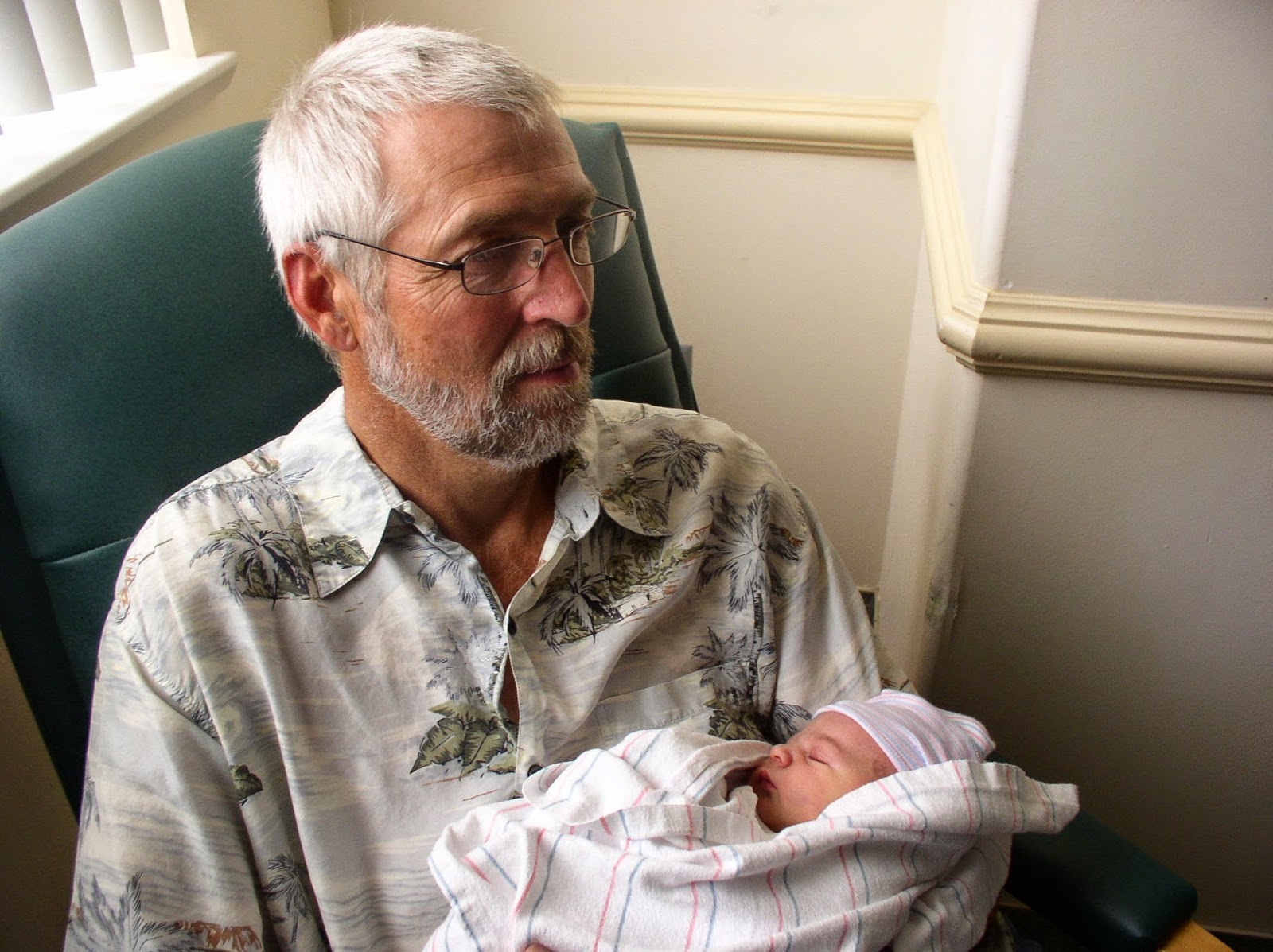 Some of you will remember it. That's Owen there, freshly arrived. Tears were involved.

I have other favorite pictures of this man. Some are only for me.
I am a lucky woman.
When I gave him his card I said, "I think I'm just going to start giving you the same card every year and at the bottom, every year, I will write, 'And more.'"
It would be the damn truth.
Every time I think I love him as much as is possible, something happens and, well...more.

Time to put the shrimp to the boil.
I'll say it again- I'm a lucky woman.
And I know that with all of my heart and soul and body and bones.

Fortunate as a woman can be to love and be loved by him.