Today's The Day The Adventure Will Begin 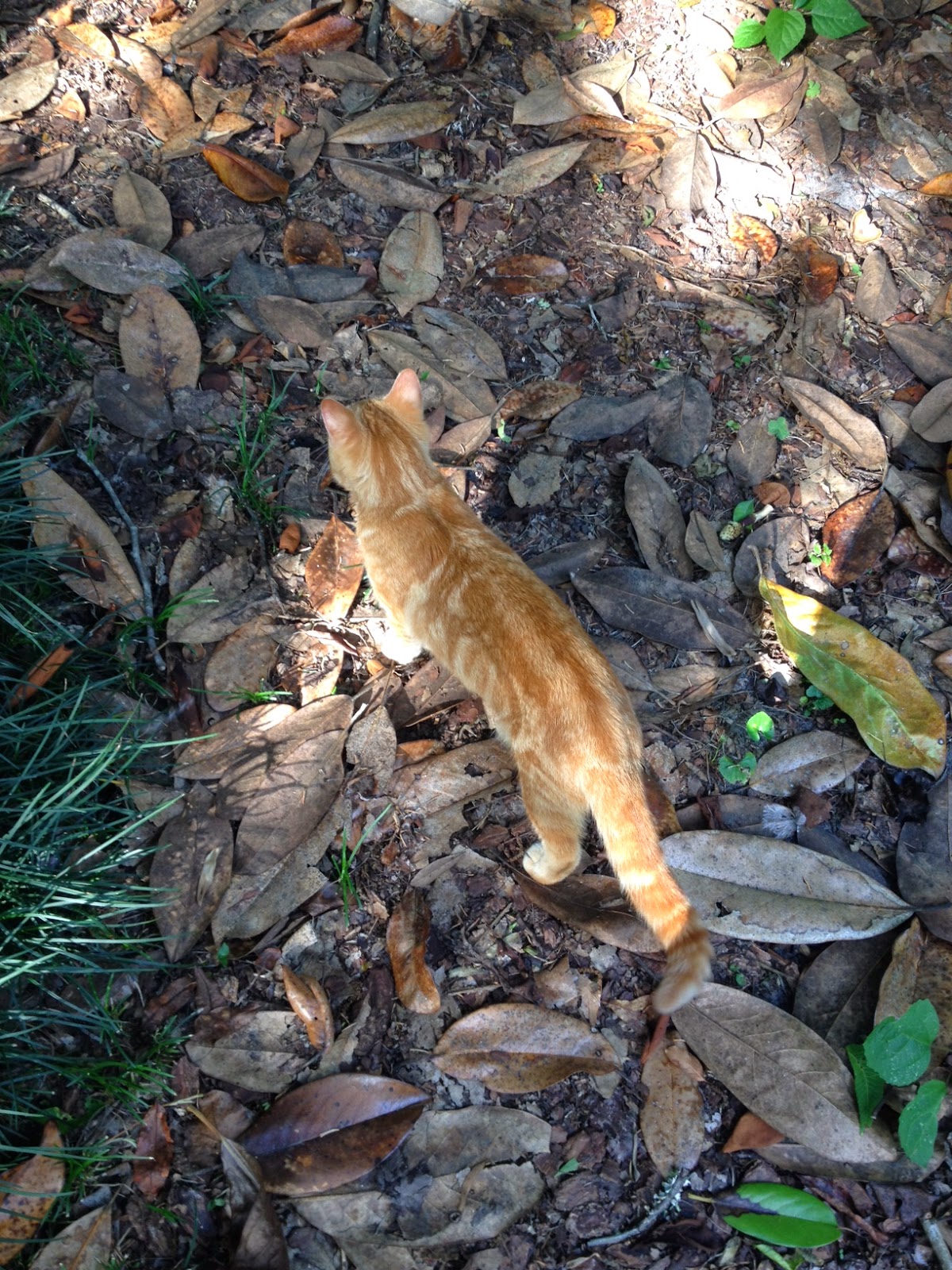 There's the tiger cat in the morning light as she accompanies me to let the chickens out. She is fascinated by the chickens but never seems to threaten them in any way and they ignore her as they go about their business. There's mostly peace here among the creatures in my little world.

I dreamed I had a fine chat with Woody Harrelson in the early morning. We discussed a movie he'd just wrapped that I had had something to do with at the very beginning. I wasn't in it, but he was such a nice guy, sitting on the floor. He grabbed my hand and held it for the longest time while he was telling me a story.
We laughed and laughed.

Today's the day. I am going to go take Lily and Jason to the bus stop at noon and then bring the boys home with me. Lily and Jason got some sort of incredible promotional deal for a round trip to New Orleans on Megabus. They're paying a dollar apiece, I believe. Wifi on every seat. Lean back, take a snooze, leave the driving to someone else.
Meanwhile, Owen believes they will be gone for either three weeks or three months. He is not sure but is packing all of his stuffed animals for all possible timeframes.
I hope I have enough Ramen.
Not to mention patience, fortitude, strength and humor.
Oh, it's going to be an adventure. And Lily and Jason deserve and need this break. Ideally, at the heart of it all in every family, it is the bond between the parents which holds the whole thing together. And there's nothing like a good three nights in New Orleans without the kids to strengthen a bond, to remind the parents that they're more than parents and even to forget they're parents for a short while.
I speak from experience.

And so it goes. I'll report in on the boys' doin's. Maybe I'll actually TAKE them somewhere. If Boppy can take a day off to go with us, I'd love to take them to Panacea to the Gulf Marine Specimens Lab.
My kids used to love that place. Lots of touch tanks for them to hold all sorts of slimy sea creatures and they can learn about the difference between rays and skates, see the turtles who are in the process of being rescued, brought back to health, and reintroduced to the sea. And then we can pop into the Coastal Restaurant and eat some delicious sea creatures.

Lots of options. There will be lots of playing.

Meanwhile, it is still quiet and peaceful in Lloyd. I think I'll go make the bed and revel in the calm before the storm. 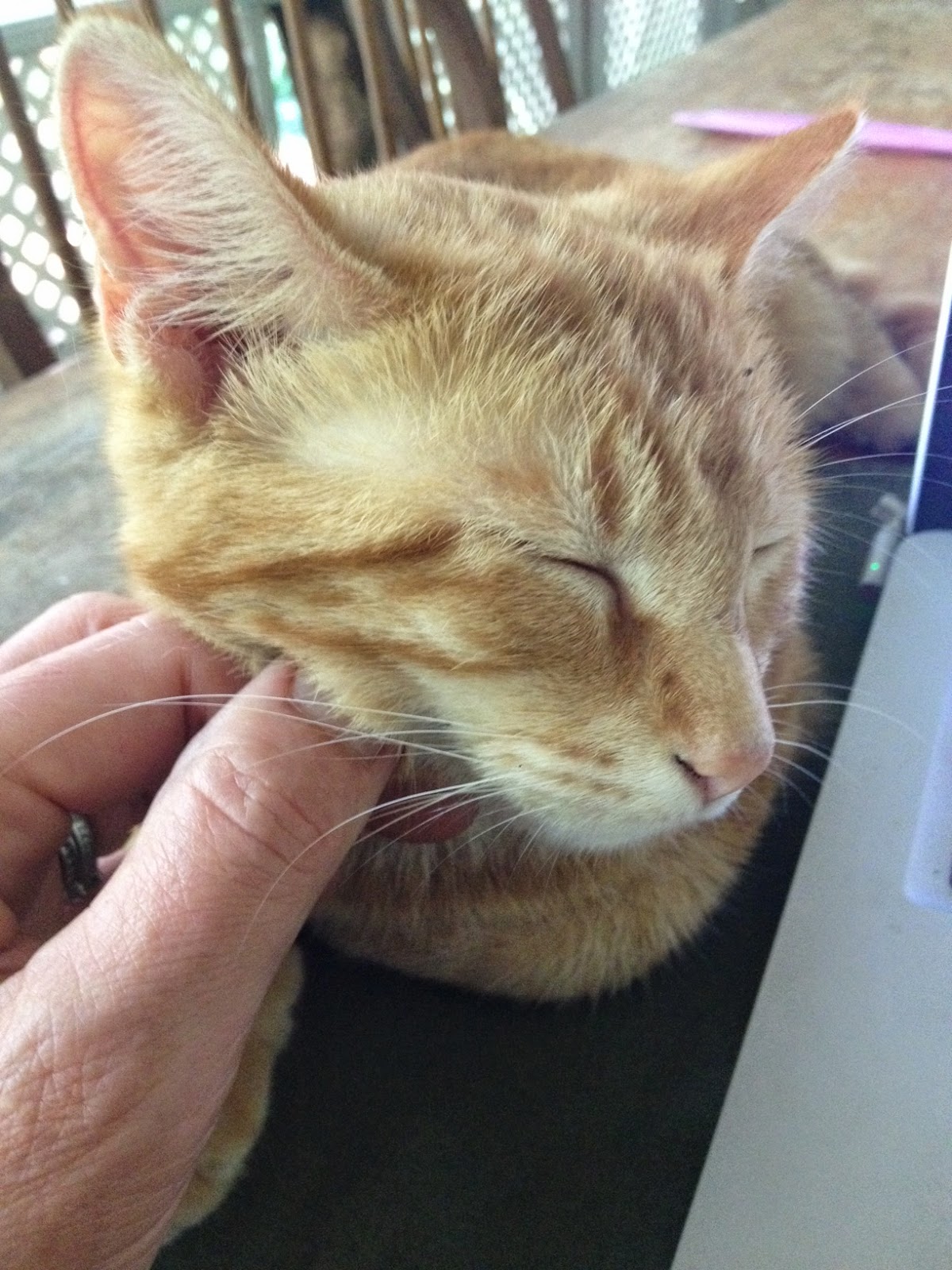 Maurice is being especially loving this morning, suffering this old fool gladly.
I am grateful for her company. We are easy with each other, old friends already. She likes to be with me although she often pretends otherwise.
"Oh, are you going outside? What a coincidence. I was too."