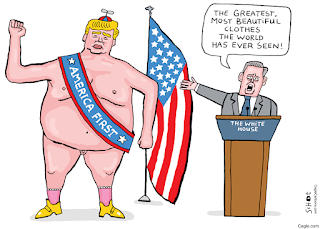 I have been just terrible at answering comments the last few days. Lord knows I have enough time but as I've noticed since this whole isolation thing has begun, time is just ridiculously slippery somehow. Today for instance was another day when I haven't gotten comments answered and for no good reason. The day somehow just...got away from me and here it is, about to be dark and I've got to cook supper and I want to get something written here although for the life of me, I do not know what.

It's been another regular day in these somewhat unusual times, meaning I have been home and have done regular things. I worked in the garden a little, replanting some beets and spinach, weeding and thinning. I did a few crosswords. I...
What else?
Nothing, really.

Took a nap. There. That messed me up. I almost never nap these days. There's just no excuse and god knows I don't want to interfere with my greatest pleasure which is falling asleep at night. My sleep is a respite from the insanity which is life today in America. I keep thinking about the old saw of putting a frog in a pot of cool water and putting it on the heat and how the poor frog doesn't realize he's in danger until the water reaches boiling point. That's what it's felt like here in the states since 2016 when Trump became president. Remember how shocked people were when he claimed, baselessly and easily proven false, that he'd gotten the biggest crowd for his inauguration in history? We were outraged, we were dumbfounded! It was perfectly clear from the pictures that no, he had not. And. yet...he insisted it was true. His minions insisted it was true and the term, "alternate facts" was invented.
I feel as if we've been living in an alternative universe since then.
Bizarro world, if you will.
And it has only gotten worse. Even now, it seems that few news outlets dare to call Trump's "alternate facts" lies which is absolutely what they are. He lies every time he opens his mouth and those lies have ranged from the patently ridiculous to the deadly dangerous, especially when they have involved the pandemic.
It turns out that the lesson in the old tale of the Emperor's New Clothes is as true today as it was when it came out in 1837 in Anderson's Fairy Tales for Children. As much as we humans would love to believe that we are far more sophisticated and educated than any generations before us, we obviously are not, and the advent of the internet has allowed those who proclaim the emperor not to be naked but in fact, to be clothed in the finest velvets and silks and linens ever seen in the history of the universe that they are absolutely correct! New myths and legends are born and believed, perpetrated by the internet to fit the alternative facts and thus we have conspiracy theories and QAnon and I don't-even-want-to-know that seemingly no rational person could ever possibly believe, and yet- here we are.
We are at the point where we aren't surprised at all when the nude emperor struts about claiming that he won an election that he so obviously lost. We sit and drum our fingers waiting for the days to pass until the new president is inaugurated and the petulant orange penguin has waddled off in chains, if necessary.
But even though we can feel fairly certain that our systems will work to ensure a transition (I don't even dare call it a peaceful transition), there is always the fear that nothing else has gone as it should in this administration and that somehow sanity will not prevail, something horrible and unthinkable will occur, and, well- I dare not even say what could happen.

And off course the unending months of the virus spreading across our land, our world, making us redefine our very existences would be enough to trigger insanity in most of us in "normal" times and these are absolutely not normal in any way, shape, or fashion.

No wonder we've lost our bearings, our senses of safety, security, motivation and also our minds.

At least that's how I feel tonight.