Fuck Anxiety And The Black Dog It Rode In On 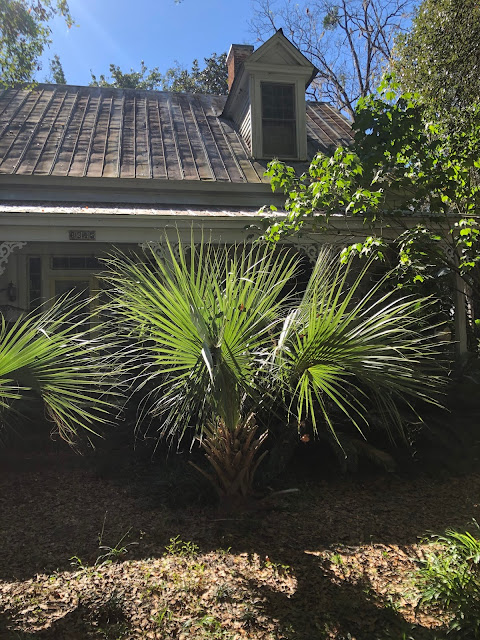 Here's the front of my house, mostly hidden by the sabal palms I planted a long time ago but which are taking their sweet time to grow. Someday, in the distant future, they will be tall and their trunks will be skinny like this 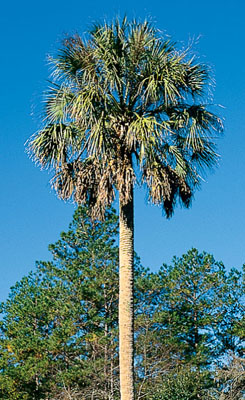 and thus, they will not impede the view of my house but we'll probably be dead by then at which point, my husband will quit complaining about the trees being right there by the porch. He has every right to complain about the horrid, murderous Canary Island date palms I so foolishly planted by the front gate but I stand by my judgement in planting the sabals where I did. Our friend Tom gave them to me when they were tiny things and they are the state palm of Florida and I love them. I have two more planted in another spot that he gave me and one that was actually here when we moved in. I think. Who can remember back that far? As with everything in this yard, none of the palms get quite enough sun so they are and will be slow-growers but my hope and dream is that someday, someone will live here who will appreciate them in their maturity.

Today has been one weird day. I woke up in a box of anxiety lined with maroon velvet and sharp rusty spikes, the likes of which I haven't experienced for awhile. I have absolutely no idea why. I pulled in on my soul and tried to let it pass but it showed no signs of doing anything but increasing so I took a damn ativan and spent the day moving slowly and chemically dissociating which wasn't exactly pleasant but wasn't horrible, either. The only walking I did was to the post office and back home, to the clothes line, to the hen house to find eggs, to the garden to pick some greens. I had all sorts of plans but I let them go by the wayside and instead did a small amount of ironing in case Mr. Moon ever needs to go out into the world again. That's a joke. He went out into the world today. While I was ironing I watched some of the newest incarnation of "The Boys in the Band" on Netflix and I am enjoying it. To be honest, I don't think I ever saw the original version and I don't understand how that happened. We did finish the last episode of "The Queen's Gambit" last night and I would watch it again in a heartbeat. It is so good on so many levels. The story, the script, the acting, the cinematography, the settings and sets, the costumes- all of it. Just superb.
Even the ending was satisfying as hell. Absolutely.

And I somehow managed to get this beauty ready to go into the oven. 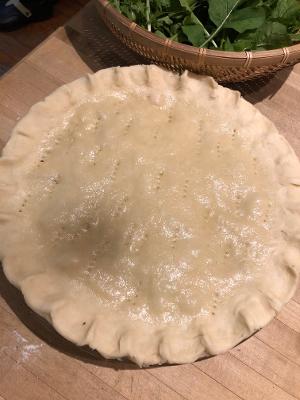 It's a chicken pot pie with all of the vegetables in it. The carrots, the potatoes, onions, celery, peas, green beans and so on. I have obviously given up the notion of eating all healthy and shit, at least on some nights. I mean- it's got good things in it but anyone who's ever made a pie crust knows that that amount of butter can not be good for us.
But won't it be lovely?
I'll make a salad to counteract the butter. That works, right?
No. No it does not.
But somehow I do not care.