It Doesn't Get Better Than This

Today has been a stellar day. My theory that I am somewhat bi-polar continues in that I felt so much myself this morning that I put on a little eye-liner and shadow and perfume before I went to town to pick up Hank where he's house-sitting and I had such a good time at lunch. We went to Fanny's so we got to see May and Taylor and eat delicious foods while eating outside. 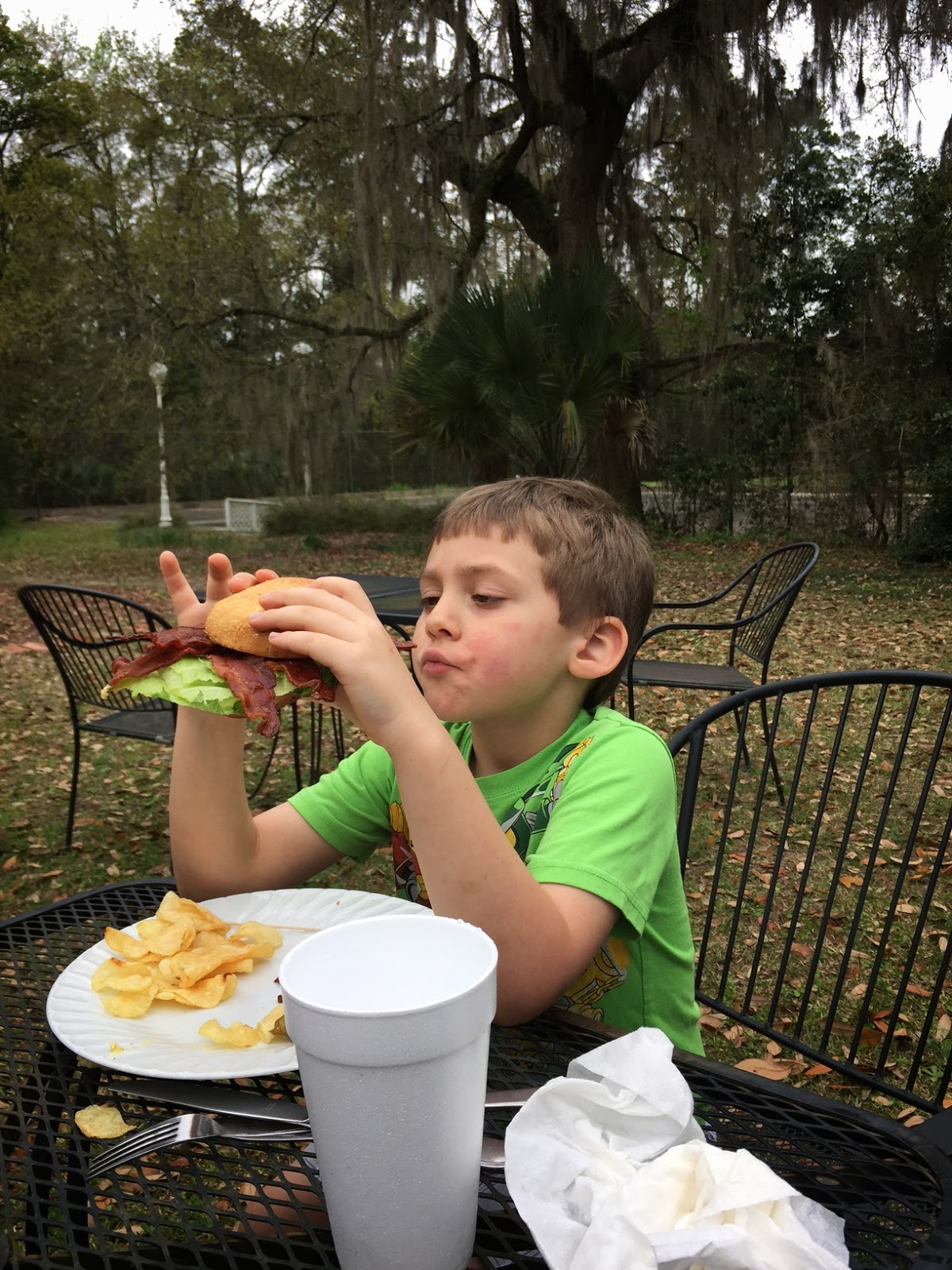 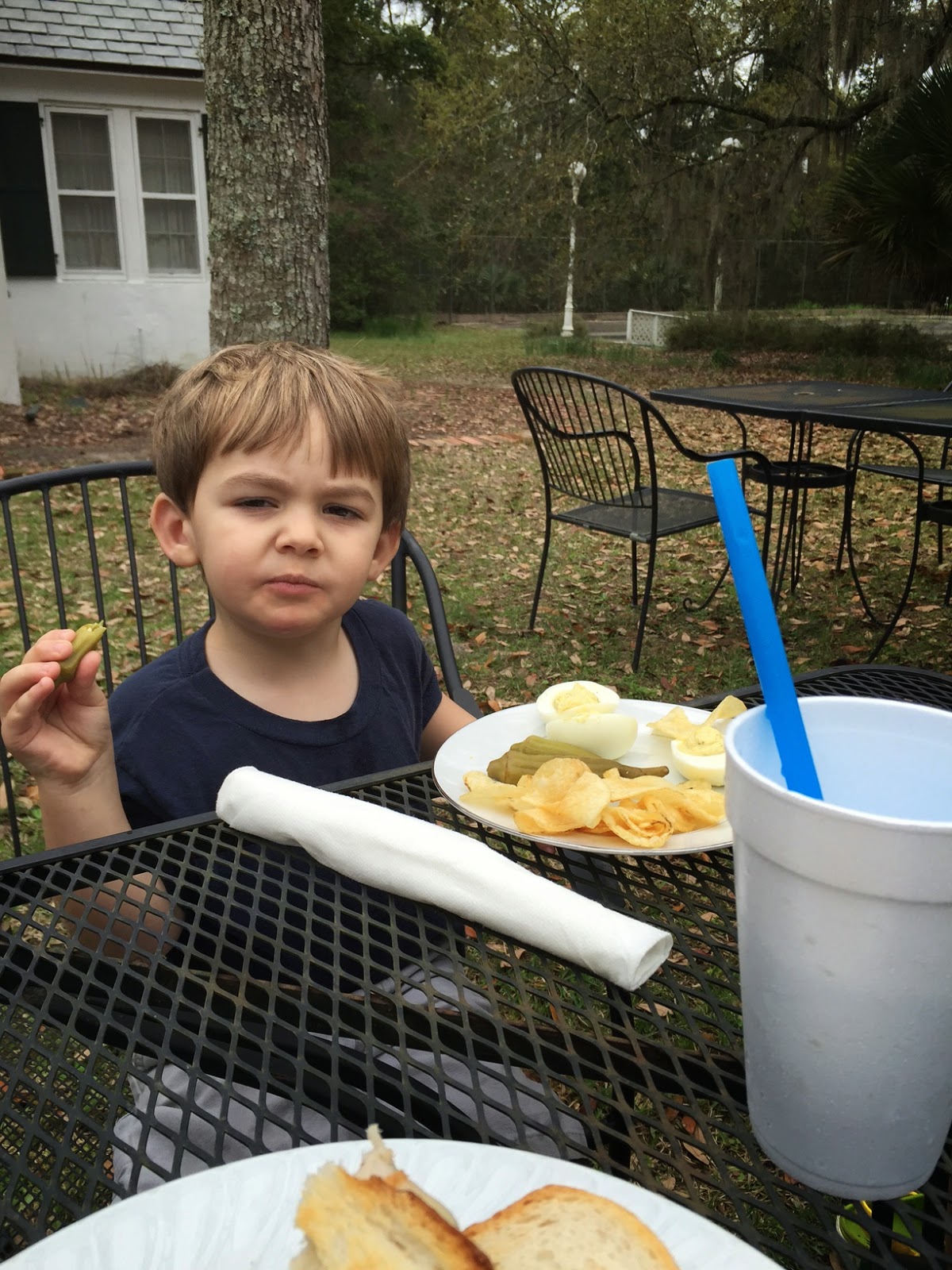 Owen eating the bacon and lettuce on a bun sandwich which he loves and Gibson eating the Gibson sampler platter which is pickled okra, deviled eggs and potato chips. When we got there, I hugged my boys so hard and asked Owen to tell me all his secrets. He dragged me away to sit by the little pool and did so. I had to promise not to tell anyone what they are but I will say that one of them involved stealing a baby dinosaur and keeping it in a safe in his house and feeding it cats because it is a meat eater.
And another one, whispered at the end was, "I love you."

After lunch I went to the Goodwill (manic behavior- wanting to shop) and spent thirty damn dollars. I bought a beautiful purse bag which, when I sent pictures to Lily she proclaimed as looking as if it were made from a couch. I texted back, "A really cute couch." 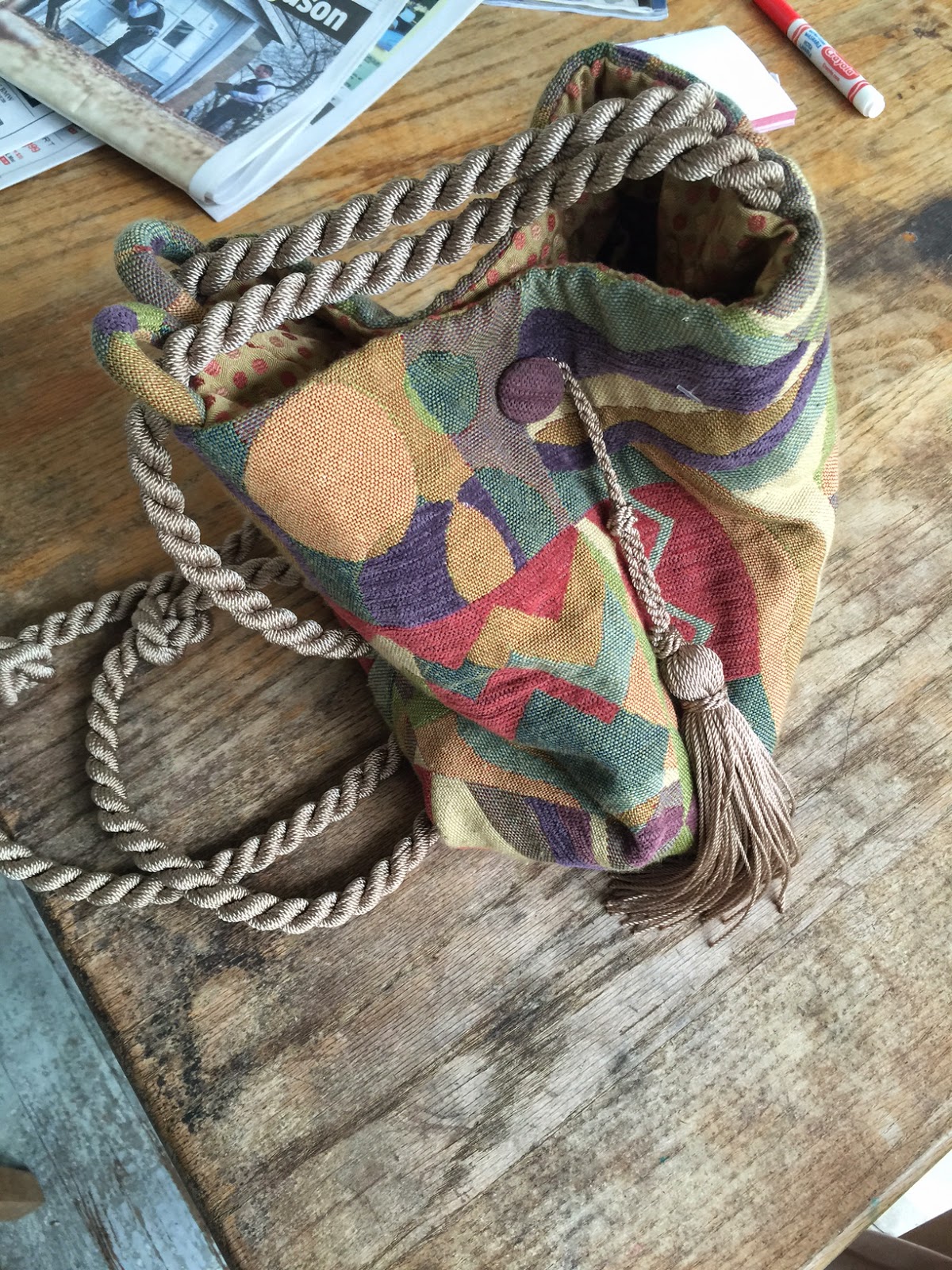 I also bought a fine leather-bound journal, a tablecloth which has about four years' worth of hand-stitching on it, a Gap purple very soft v-necked T-shirt, and a red and black dress which doesn't look that great on me but which fits.

I consider all of that a major score.

And Mr. Moon and I have had a martini and I have rosemary and Kalamata olive bread rising 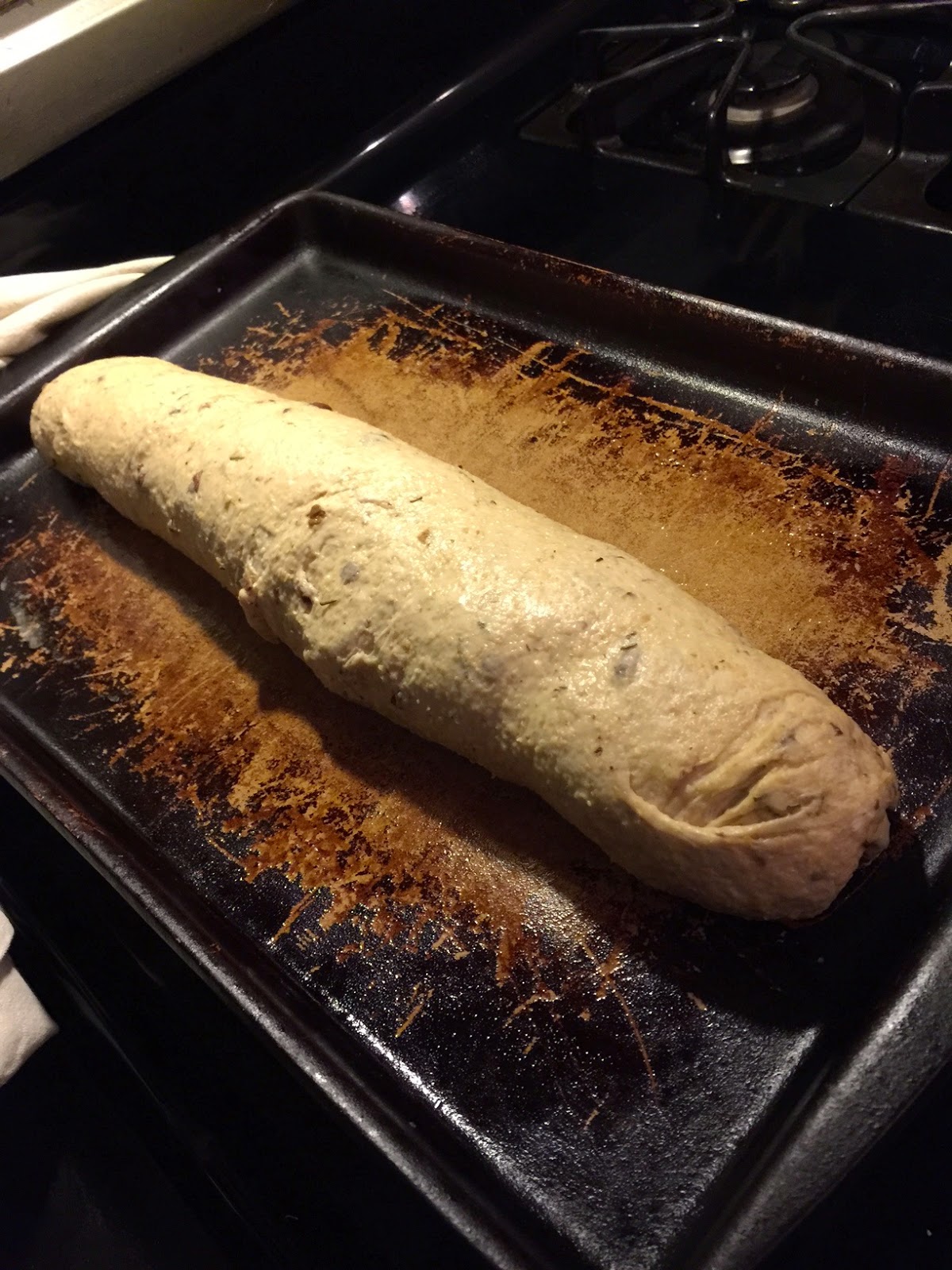 and he's got charcoals going to grill steaks which I have smeared with olive oil and smashed garlic .
I don't think I could ask for anything more and yet, here is something else that happened to me today- when I was hugging Owen good-bye after lunch, he said to me, "Mer. I will always be here for you."

I swear to you, that is what he told me. Five years old. And I almost died.
"And I will always be here for you," I said, stumbling over reality. "Or, until I'm not. And I will ALWAYS be in your heart," I told him. "Always."

Dear god, let this be so.