From This To That And It Was Good 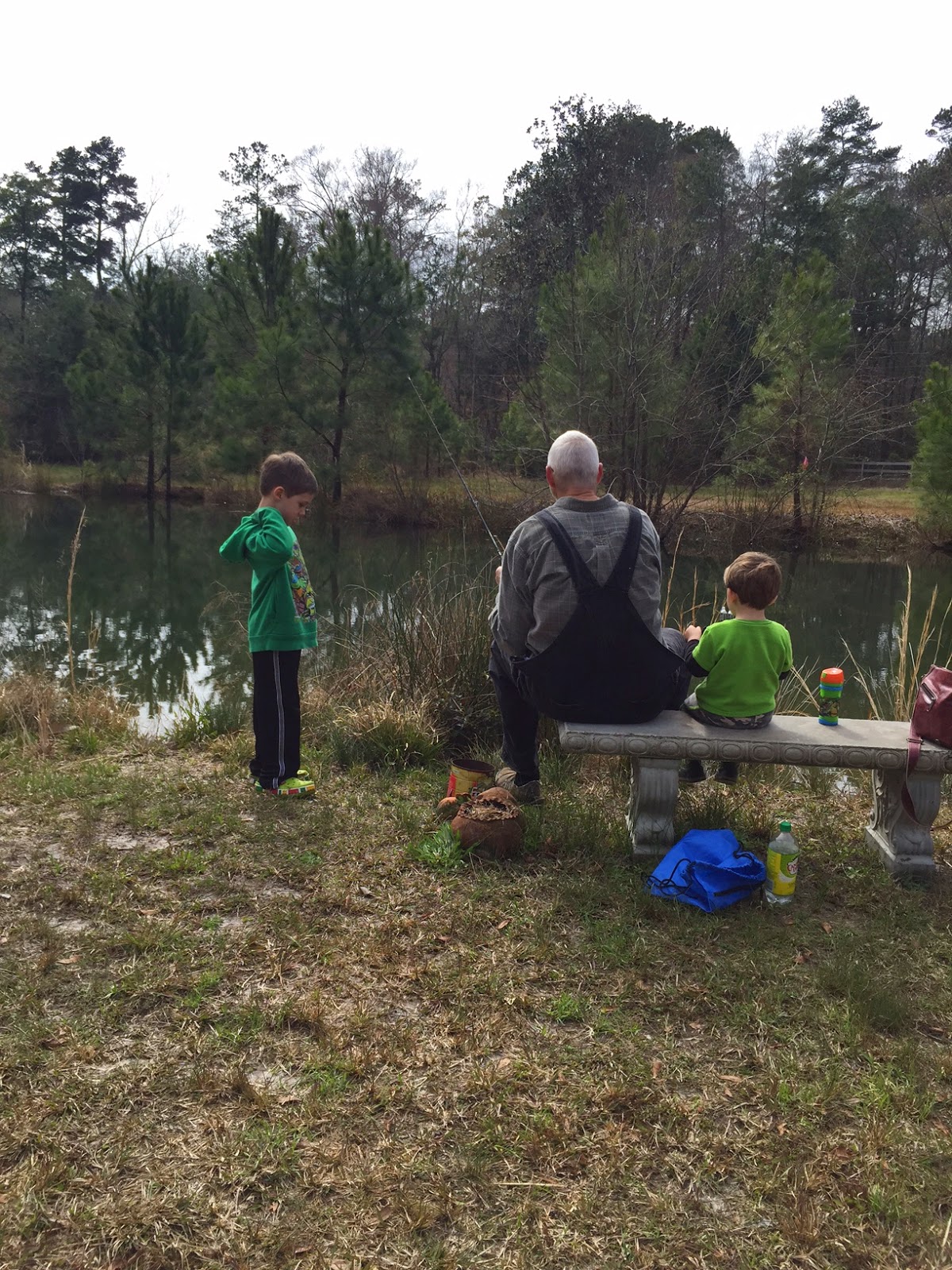 Golly. Golly, golly. It's been a real good day.
Boppy and the boys collected some worms and put them in an old Folger's coffee can with dirt and we packed up a banana and some water and a fishing pole and drove down to Bug's so the gentlemen could go fishing. For whatever reason the fish just weren't biting much. They got two that were almost keeper-sized and then the boys lost interest and Boppy wanted to get to a deer stand for the last night of the season and so we came home after releasing the two pretty little bream back to their families in their watery world.
Before we left, Gibson slipped and fell right into some mud. He didn't care a bit but he was a mess. When we got home, I stripped his pants and shoes and socks off and washed and dried them and he got cozy under the covers of my bed and watched some horrendous kid videos on my phone.
"You lay down with me?" he asked.
Well. If you put it like that...
Of course I did.

They played outside when Gibson's clothes were dry and Owen did two alphabet puzzles in the hallway and they had sherbet and orange juice (an orange cow) and pickles and crackers and everything that makes for a bad, bad diet.
I had a pickle too. It was awesome. Dill. Crunchy. Large.

While we were doing the puzzles, I put some Rolling Stones on. We haven't listened to those boys for quite awhile and it was a treat and when the puzzles were done, Owen got the stick out of the old butter churn and stood in the hallway and began to dance like Mick Jagger and play air-guitar like Keith Richards. He was WILD! He was beautiful! Gibson and I danced and it was such a good party.
"More rock and roll!" he kept saying. And he kept sneaking behind my back to turn it up.
Oh. That boy. 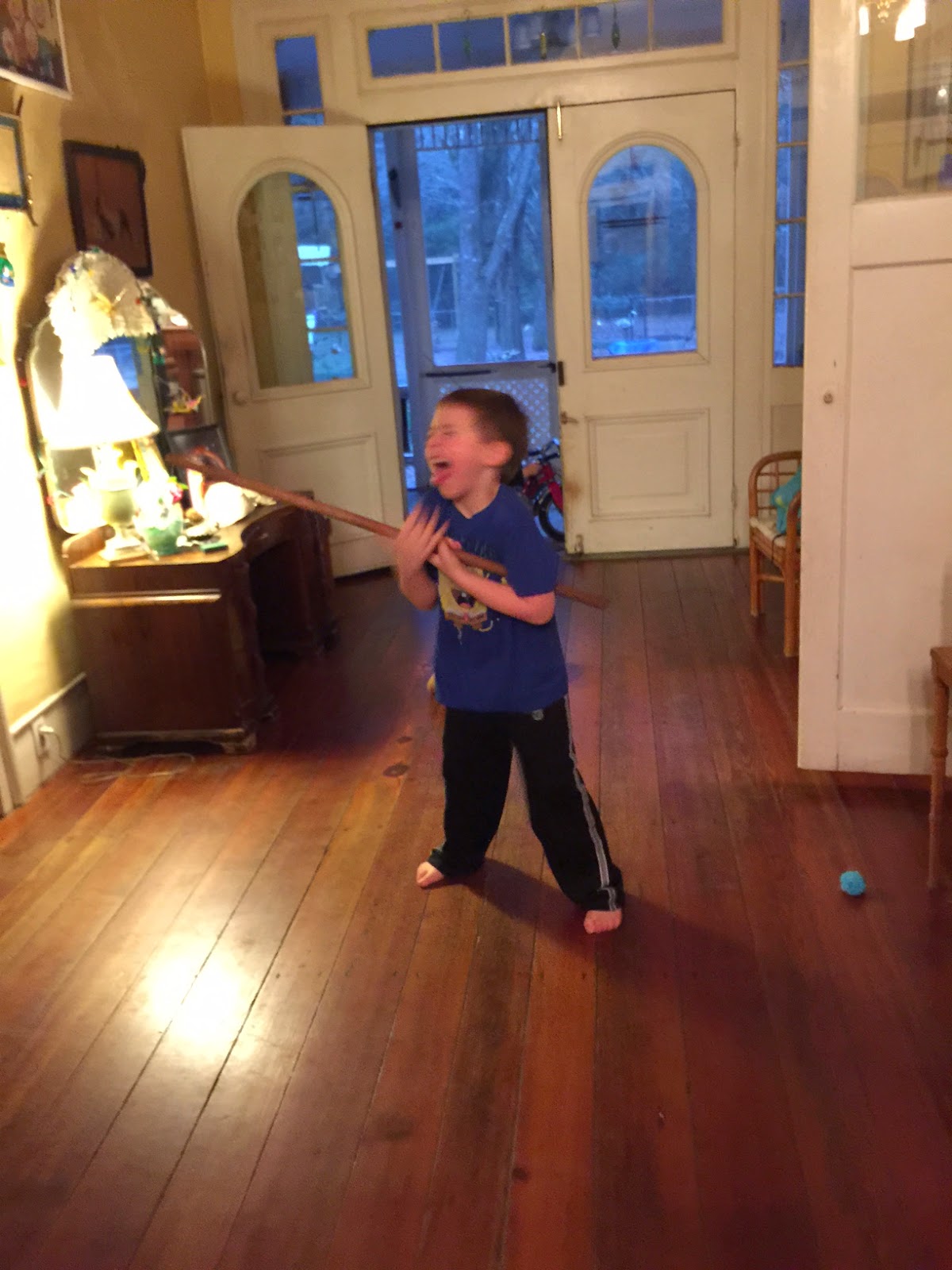 Well. I think my work here on earth is done.
Okay. Maybe not until I've had a little influence on Jessie and Vergil's baby.
And eaten supper.
I've got greens cooking and sweet potatoes in the oven and we're having our monthly (at least) pork chops tonight.
All praise the pig and bless it's flesh.
When I went to put the chickens up, I noticed that Mick and Elvis were sharing a nesting box to sleep in.
WHAT???!!!
Are they going to wake up in the morning and freak out? I don't think so.

Peace in the flock. Rock and roll in the hallway. Husband on his way home. Boys with their daddy. Rain falling gently from the sky again.

In short:
Peace, love, and rock and roll. And good food and all the love you can hold in one heart. Which is far more than we know until life happens to us.
And then Glory Hallelujah and pass the greens.