Genealogy As A Living Thing 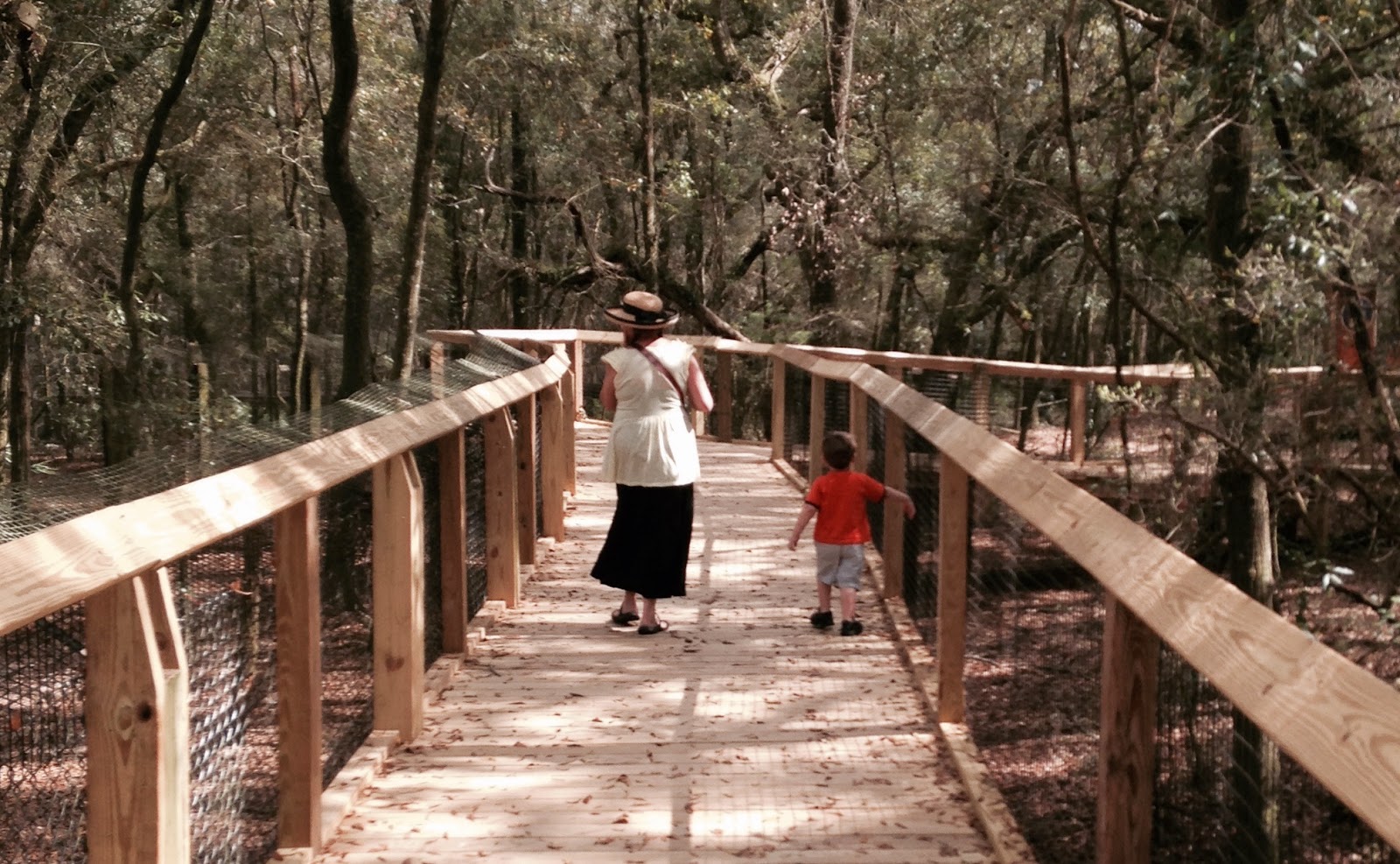 I talked to Lily this morning and we agreed that it was such a beautiful day that we should take the boys to the Junior Museum and so we did. We stopped at Publix and got things for a picnic lunch and we ate that and the boys played on the little playground and then we walked around and saw the bear and the panther and the bobcat and the eagles and the rain forest animals and then the snakes and the baby alligator and also white squirrels and I'm sure I'm missing something. We also visited the old farm, my favorite part of the entire place, I think. I feel a sense of deja vu there and always have a small yearning to move in to the wooden cabin with the quilting frame set up, the cradle, the separate cabin for the kitchen with its huge old woodstove and fireplace. There are goats and chickens and turkeys and a cow and horses, a garden, outbuildings. And two geese and trust me- I do not now nor possibly in any other lifetime want geese. They are horrible bad noisy. And mean, too.

So it was a good day and those boys should sleep good tonight. I think I will too.
Mr. Moon has just gotten home and is out looking at his peas in the garden and I'm about to make eggrolls.

I have felt old today, my body aching, new gnarls appearing seemingly overnight in fingers and toes. I caught sight of my legs, once so firm and strong and they shocked me with the changes I saw there. I don't spend much time in front of the mirror. I would just rather not. But sometimes you can't help but see.
Owen was jumping off high things and I told him, "When you're my age, you'll wish you hadn't done that, my boy."
"When I'm your age, you'll be dead," he said thoughtfully.
"I most certainly will be," I told him.
"I won't let you die, Mer."
"We all die, love. It's okay."
He thought for a second and then said something that blew my mind.
"Maybe you exist for me," he said.
"I think you may be right," I told him. "For you and Gibson and all the rest of the grandbabies."
This satisfied him and we began to talk about whether Jessie will be having a boy or  a girl. He thinks it's a boy and he wants her to have a boy.
"But I thought you wanted a girl," I said.
"I want a girl for us!" he said. "I want a sister!"

And so it goes. Maybe someday he will get a sister. And Jessie will most certainly have a boy or a girl. A human, as I like to say. That we can be sure of.

And thus, I will exist, not perhaps for them, these human children of the future, but in them, at least.

And that is good enough for me. It brings me peace to think of it.
Posted by Ms. Moon at 7:39 PM