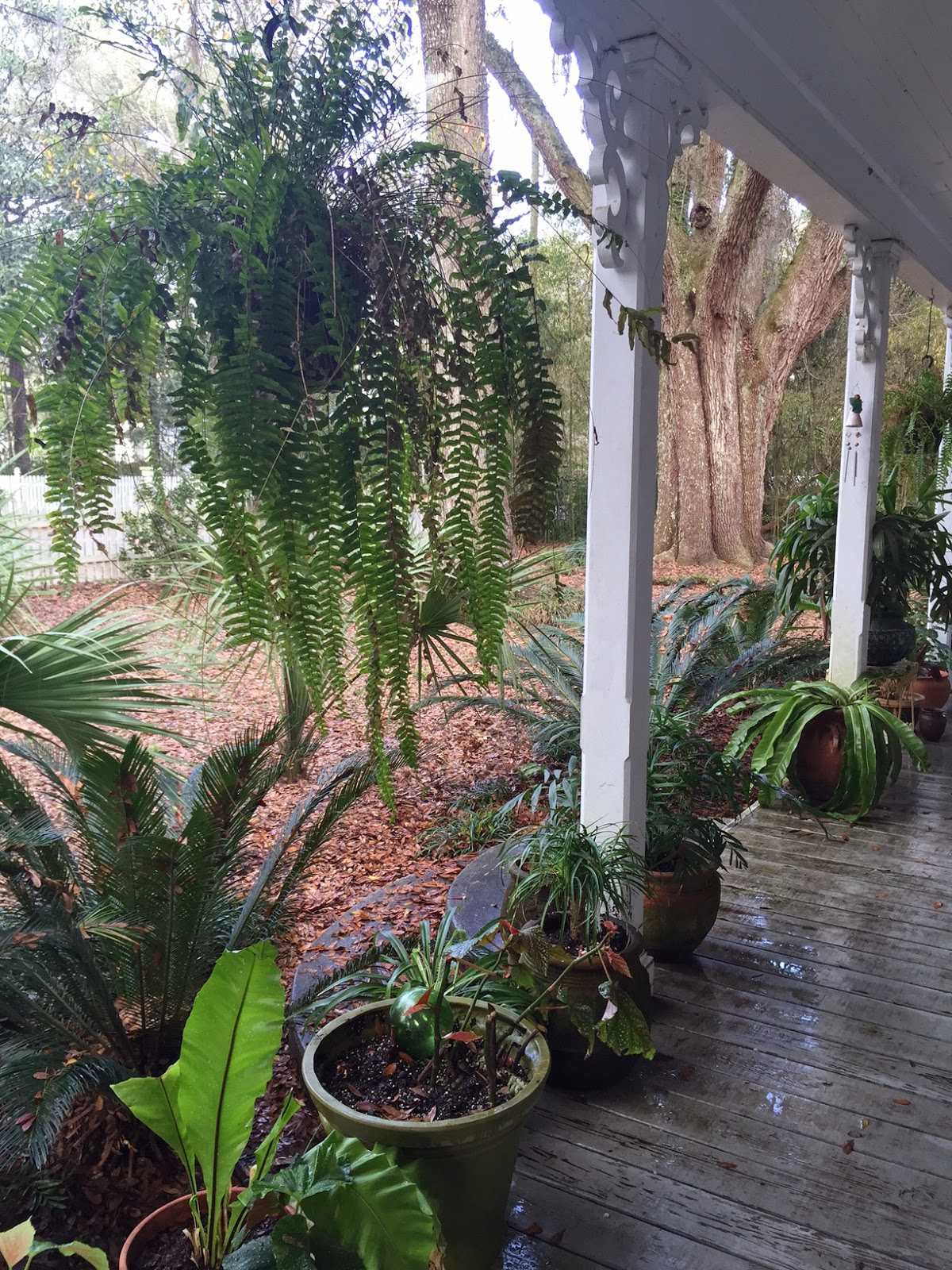 As Gibson would say.

I finally got the jungle outside where it's happiest, where it belongs. All of the plants survived the winter being inside although some by a hair's breadth. By the time they've recovered nicely, it will be time to drag them back in. Unless a comet hits the earth or that Pi thing I was worried about happens tonight in which case- who cares?

And really, who cares anyway but me? But that's what matters. Mr. Moon had to get the little dolly cart out to move the really giant ones but now it's done and I am grateful and will definitely be doing some mopping tomorrow to finish the tidy-up. I repotted some plants and clipped a bunch too.

Hank came out and visited this afternoon. He's house-sitting not too far away so he hung out with his mama some this afternoon. We talked about birds and chickens and I heated him up a bowl of black beans and rice and sliced him a piece of my bread. We also talked about books and cats. His cat, Humbert, has taken a turn for the much better now that Hank has him on the high-dollar gluten-free cat food from the New Leaf. Turns out that if the cat eats anything besides basically MEAT, he suffers horrible gastric and neurological problems. But he is doing well now, fattening up and being all happy and healthy and stuff and so Hank has decided that he needs a new name so he has been rechristened Johnny Karate whom I take it is some sort of Ninja character because Johnny Karate, nee Humbert, runs about and knocks everything off of the shelves and tables when no one is looking.
I came up with a new theory about cats today as we walked about the yard with Maurice trailing us, pretending as always that she had no interest, NO INTEREST WHATSOEVER, in what we were doing. My theory is that cats are the animals left by the aliens after the great Alien/Primate genetic experiment which led to what we now call humans, to observe us and report our behaviors to the Alien Masters. Which of course they do by psychic communication.

I mean seriously, what else could explain cats?

Of course the great Alien/Primate experiment is another theory of mine but one which I firmly believe in. Just look around, people. Some of us are WAY too much alien and some of us are WAY too much ape.
I hate to give examples but honestly- can the fact that Stephen Hawking and Sylvester Stallone exist on the same planet, both as human beings, be explained any other way?
I think not.

Okay. Well, obviously today's thinking on my part is all highly scientific and mathematical and shit.
It has been a very nice day and I'm glad I got my goal accomplished and that I got to spend time with my son who makes me laugh so hard sometimes. He left with a copy of Keith Richards' autobiography and I am most excited for him to read it. I think he will enjoy it. He has always loved music and his father is a guitar player. And he has made me promise to start reading Terry Pratchett which for some reason, I never have, and I am looking forward to that tremendously. I have no idea why I've never read any of his books but I shall begin.

As I have said many times, Mr. Moon always wins. I call it luck. He calls it...well, he's too polite to tell me what he calls it.

Oh my god! Prairie Home Companion is on! Gotta go!