Another "This Is What I Did Today" Post. Lucky You 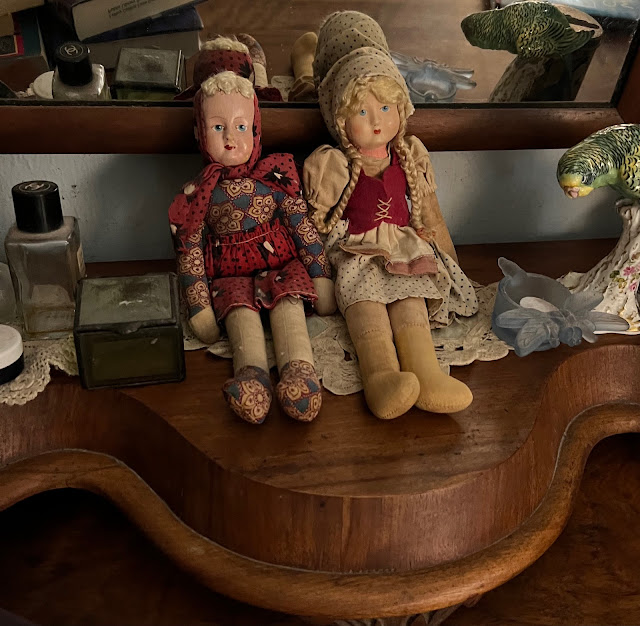 I did not wake up until 9:00 this morning which was fine with me as I was having a pretty nice dream. It wasn't a GREAT dream because my psyche does not allow me to have a wild range of fun options even in my dreams so they are mostly rather tame but even within the confines of my overactive conscience, a nice time can be had, albeit a very innocent time.

After I got cranking today, I was pretty busy. I got a few things done. No more closet clearing but I did blanch a few field peas for freezing and got those taken care of, cut up some melons that I had for easier eating availability, cleared away some things in the refrigerator much to the chickens' delight, swept the back porch, and was getting dressed to go out and work in the garden when it suddenly began to rain.

With that plan thwarted I decided to clean our bedroom. I hate to clean. HATE. IT.
I don't know why. I mean, it's not as hard as garden work by any means and I can still listen to podcasts or audio books but for some reason, dusting and sweeping just are not high on my list of things I want to do. Our room was already tidy. It is a small room and we are not messy people for the most part. My husband does not throw his dirty clothes on the floor and neither do I, I always make the bed, my bedside stack of books is orderly. But dust doesn't care how tidy you are so I got busy with that. I won't say I did a great job but it looks better. It feels better. It smells of Lemon Pledge.

And then it stopped raining so I went out to the garden and did some picking and then some weeding and then some mulching and then I felt like I might throw up from the heat so I came inside again. I thought it was 3:30 but when I got out of the shower it was almost five so I guess not unless I passed out in the shower and lost an hour which I do not believe I did.

Mr. Moon has been happily working in the garage all day long. The project he is working on, which is taking the engine out of a car that was wrecked and putting it into an identical car whose engine was stolen (seriously) had come to a halt due to a problem that he could not figure out but yesterday his mechanic friend came over and together they problem-solved so he's back on track. Nothing makes him happier than work like this. Well, except for maybe hunting and fishing. So I haven't really seen much of him today except when he came in to eat lunch.

It was so sweet to get a little rain but "little" is the key word there. Better than none. A few minutes ago a crazy wind kicked up, twirling and swirling branches and leaves and within seconds the sky clouded up and it got darker and cooler but I'm not hearing any thunder yet and there's no rain. The radar does look a bit ominous. Or should I say "promising"? I would not mind a big storm.