The Deep Satisfaction Of List-Making 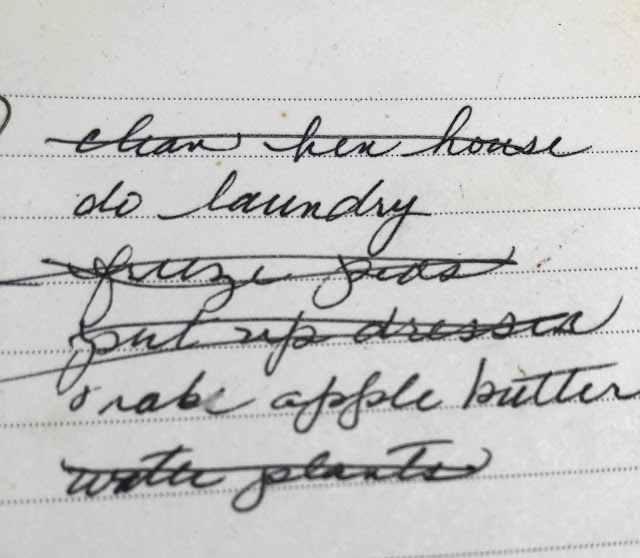 This is how crazy I am these days. I made a list of things I needed to do today which consisted of six entire items and I took immense pleasure as I crossed things off. You may notice that two have still not been completed.
The laundry is mostly done. There's a load of whites in the dryer that I still need to fold and put away.
And the apple butter? Well. That has turned out to be a multi-part process.

It's been a decent day. I got the hen house cleaned first because that's the nastiest job although I'd far rather clean out a hen house than scoop cat litter daily. After that was finished, I watered all the plants in the house and on the back porch and then I turned on the hose and drug it up to the front porch as I do to water all the plants there.
So far, no problem.
However.
There are two palms that I have planted on either side of the steps leading up to the porch and they are still fairly small and their fronds cross over and sometimes block entrance to those steps which isn't usually a problem. Mr. Moon complains about that but I tell him that when they get some height on them, the fronds will be way up in the air and it'll be fine. So I brushed one of the fronds on my way up the steps and damn if I didn't feel like something had shot me in the arm and before I realized what was going on, I had taken another step forward and found myself walking through a spider web.
Well, if you've been here any time at all you know what thought raced through my mind.
TOO MUCH NATURE!!
Indeed.
I had not been shot but merely stung by a very large wasp who was part of a family, or community, or whatever wasps have, who were building a nest on the underside of one of the fronds. I had to check because I really did not know what it had been and if it had been one of those caterpillars that look like Donald Trump's hair, I was going to take a Benadryl and immerse myself in an ice bath and perhaps update my will. 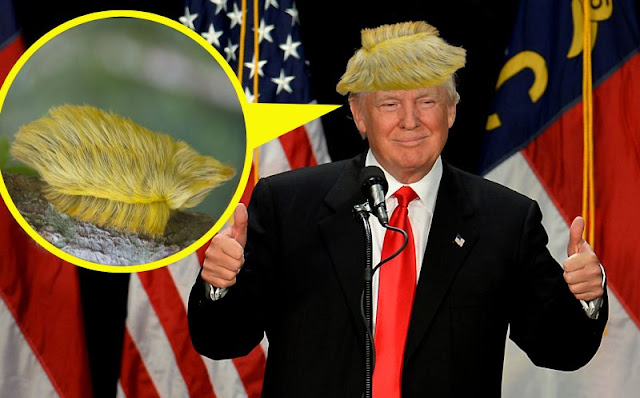 Luckily, it was only a wasp and after about two minutes of excruciating pain, the site quit hurting. It is still quite red and swollen and hot but it doesn't hurt.
Lucky me.
Watered the porch plants and noted all the ones that the chickens have eaten, leaving forlorn and empty terra cotta pots. I just can't get worked up about things like that these days.
I got the peas that Mr. Moon has shelled out of the refrigerator and put a pot of water on to blanch them in. I rinsed them and when the water was boiling, I slid them in there and after a few minutes I drained them, put them in an ice bath, and then drained them again and bagged them up for the freezer. Took those out to the garage and picked a few green beans that are still hanging on. Well, they were hanging on until I picked them. Now they're hanging out in the refrigerator.
On to the apple butter. Yesterday Jessie gave me a bunch of apples that Vergil's mother grew and had sent home with them to process into applesauce or something but Jessie and Vergil have been quite busy what with getting resettled into their house and school starting, etc. I'd made apple butter once before and I wanted to try it again. I love apple butter. So I sat down on the kitchen stool and began to peel apples and I think in all I probably peeled and cored about seven or eight pounds of them. They peeled easily and they were quite ready to be cooked and by the time I'd finished with the peeling and coring, I had my big giant Le Crueset-like pot filled with with them. 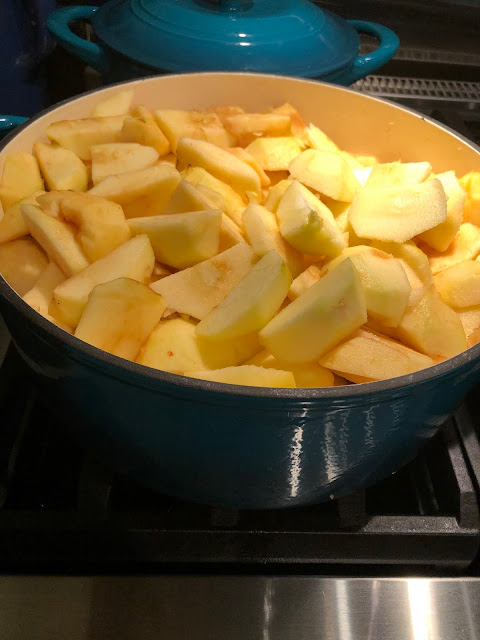 I boiled down some of the apple peels and cores because I know that the most pectin resides within those and then I slowly cooked the apples in that liquid after I strained it, some apple juice and some apple vinegar. It looks like this now. 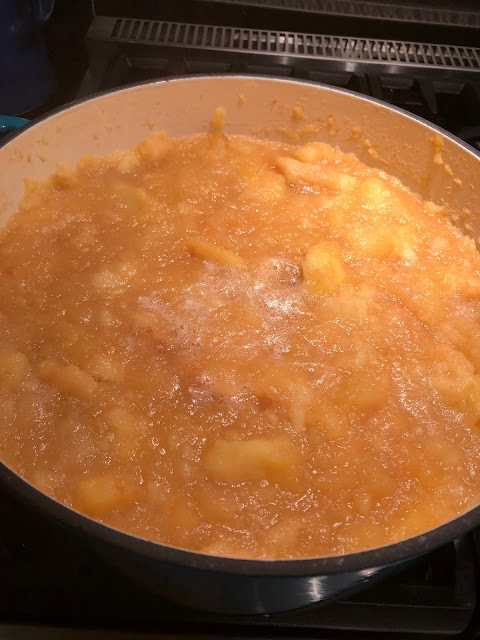 Yes. Like applesauce. And I could add a little sugar and cinnamon and call it done and can it now but I want apple butter, not sauce. So I'll keep that mush in the refrigerator tonight and tomorrow I'll smash it up good and cook it some more with sugar and spices and then I'll can it in sterilized jars. I am somewhat surprised at how little it all cooked down. I am thinking there will be more shrinkage tomorrow and we'll see how many pints I get.
And besides all of that I baked a loaf of sourdough that I started last night and it's gorgeous. 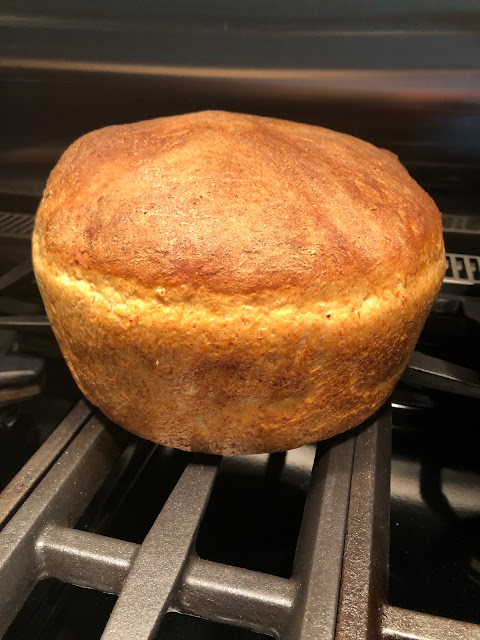 I have to tell you that after I started disregarding all of the "rules" of sourdough, my bread has improved tremendously. And as of this writing, there have been no Sourdough Enforcement Officers knocking on my door to issue me a citation.
I guess that's all I have to report for this evening. Mr. Moon is starting a fire to cook us some meat and I'm going to make some lovely potatoes and also more "fried" okra because it's going to go bad if we don't eat it and I can't bear for that to happen. Besides, it's delicious.
To add an element of mystery here, I will not tell you what "put up dresses" meant on my list. I will only say that dresses were put up. Not in the same sense that produce is put up just in case you were wondering.
Love...Ms. Moon, Woman of Mystery
Posted by Ms. Moon at 7:23 PM