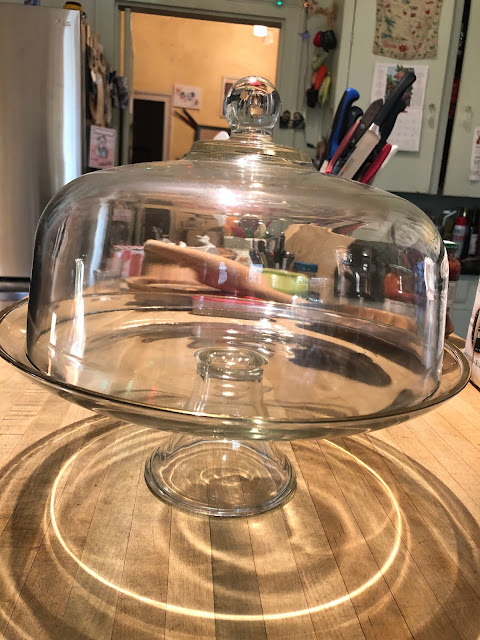 Mr. Moon came home from the dump today with the most precious little Fiesta Ware pitcher you've ever seen. 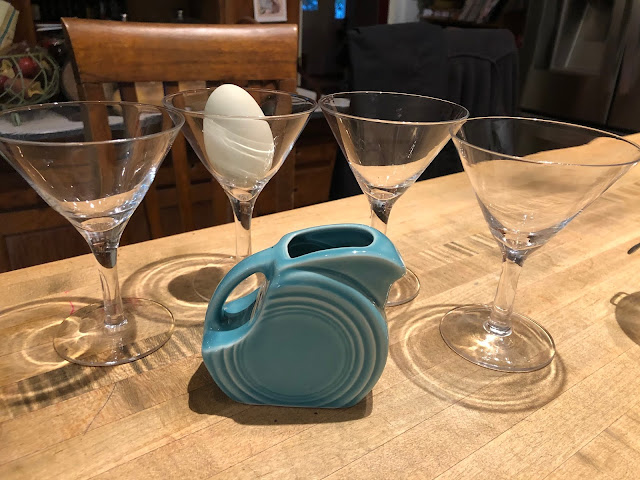 It looks like a sample size or maybe part of a kid's tea set but whatever it is, I'm delighted. Then he told me that there was a whole bunch more Fiesta Ware along with some nice china and did I want to go look at it? Well, of course I did and when we got there we realized that there were some really, really fine  things that someone had left on the side of the dumpster, that cake plate above being one of them. Also- pretty cloth napkins, some small martini glasses, a lot of brandy snifters, an electric knife sharpener in the box never used, some cute mugs and, some other stuff. All of it clean, good quality, and obviously barely used. Either someone died or someone is just sick of the stuff they own but either way, I brought home the cake plate, some napkins, the martini glasses, a cow mug and a pig mug, and I guess that's all. Mr. Moon had to have the knife sharpener, of course. 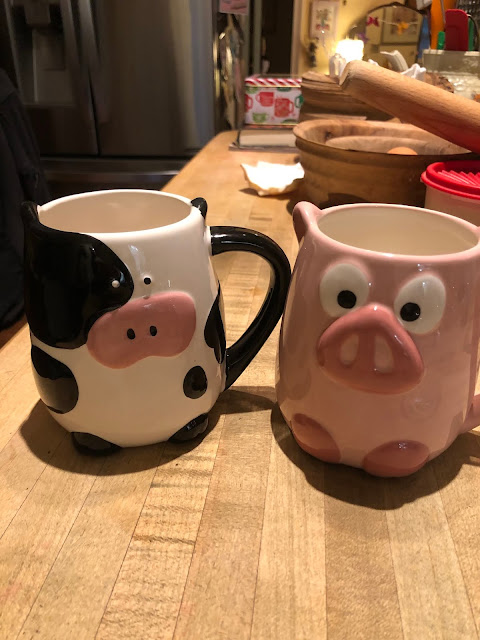 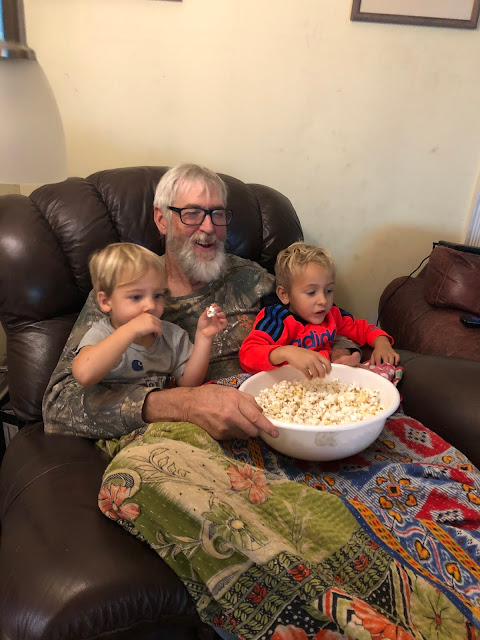 The other big news of the day is that these boys are spending the night. I so wish I could figure out how to post the video that Jessie took when she asked them if they wanted to stay with us tonight. But I can't. It is very, very loud. Bottom line- they did.

Right now they're with Boppy on a walk down to the post office. Well, Boppy's walking and hauling them in the garden cart. Big fun.

And I need to go make pizza for our supper. So this is short and sweet.

The rain has cleared, the sky turned blue, it is cooler and we have silly, silly boys to play with.

What a lucky day!