Traveling Down The St. Marks River 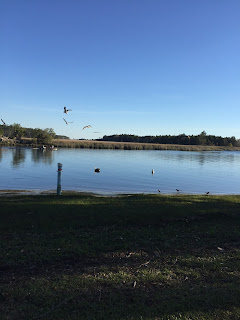 The St. Marks River was as beautiful as it always is and always has been. The boat ran great and no one fell in the water and the Fanta Red Strawberry soda which got spilled wiped right up and the boys were wild. 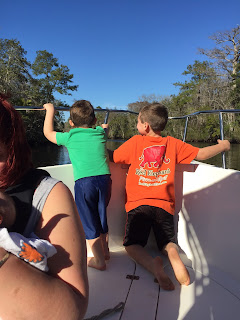 I even had to use my GRANDMOTHER voice at one point and it seemed to make an impression because Owen quit stomping on the deck the way he was doing and settled down into playing dungeon with his brother. The dungeon is the little cubby where we store life preservers and whatever else needs to be stowed away and it figured large on this jaunt. Vergil showed Gibson how to unlock it from the inside and I was all- why did you teach him that?
Gibson kept wanting to throw the anchor out and drive the boat and both boys got a chance to do that. There were many throwings around of the terms "Captain" and "First Mate" and "Ay, Matey's" and so forth. Also eating of chips and salsa and crackers and cheese and pepperoni and breast and botttle feeding and some book reading. 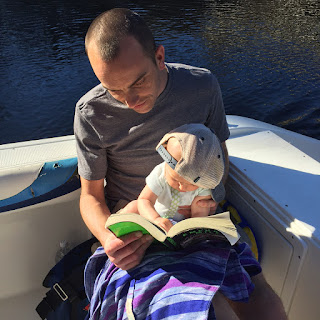 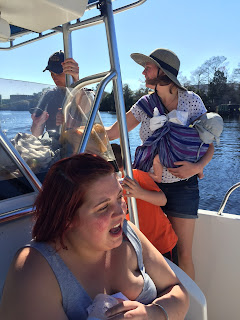 At one point, Boppy made the boat go fast and the boys were beyond excitement. "Go SUPER SPEED!" yelled Gibson and then he hit his eye on a rod-holder and cut it (his eye, not the rod holder) and cried for a moment and then stopped and it was as if nothing had happened at all.
Maybe there was a dungeon moment.

All the way down to the coast Boppy and Mer told stories about our childhoods, prompted by Owen. Stories about baby pigs and Christ-like figures named Chester and discovering ancient ruins where lions waited to spit water into a cement pool. And of dogs named Snoopy and catching sting rays off a dock and at one point Owen said, "It's like you two were meant to be together."

I have some smart grandchildren.