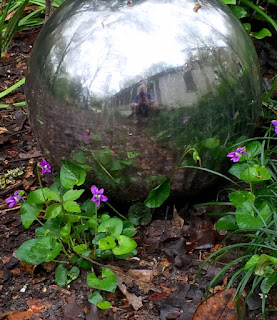 Still gray and drizzly here and I still don't mind it one bit.
I am still a bit gray and drizzly myself or perhaps "grizzly" would more accurately describe things. But it was lovely to go outside and take a few pictures.

The roses which I never did get around to pruning don't really seem to care much. 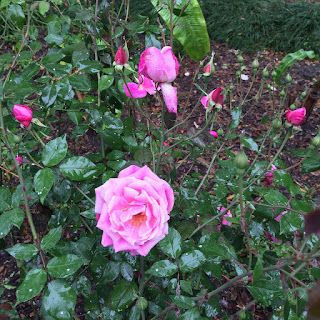 When I went to check eggs I saw something I'd never seen before and I had to blink my eyes several times to make sure I was seeing what I thought I was seeing and I was and it was Miss Chi-Chi with her head under Miss Mabel who was sitting on the nest.
Excuse me?
Well.
Chi-Chi pulled her head of out Mabel's ass, as it were, and they began a little tussle for the prime egg-laying spot. 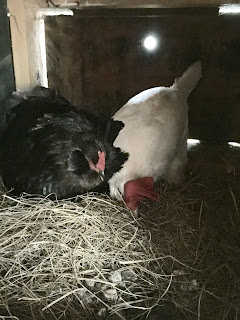 Although I do not understand what it is that causes one spot to suddenly be the spot to lay, I am convinced that there are reasons. People who say that chickens are stupid are...stupid. I'm listening to Oliver Sacks' autobiography and when he did one of his first experiments on living creatures- chickens- he came to love them and suffered greatly when they died. And thus, I love him even more, that precious man, may he rest in peace.

The garden is in transition. After I cook tomorrow's greens, the mustards and arugula will be coming out, the collards soon to follow. They are bolting. 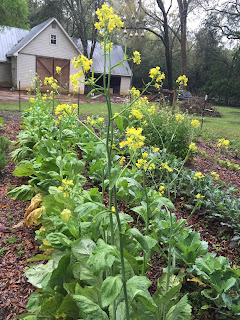 But the potatoes and peas and beans are all looking swell. 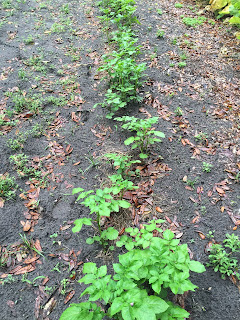 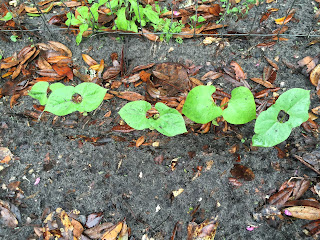 The wisteria is starting to purple. 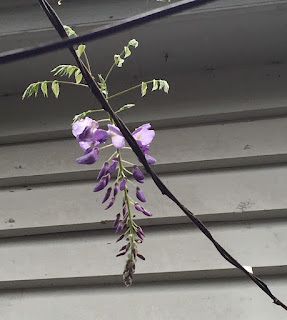 The figs are putting out little figlets. 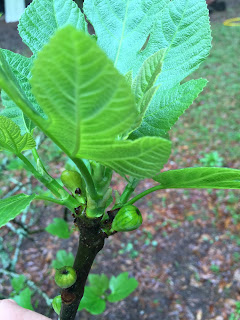 The mulberries are going to be ripe soon but I couldn't get a good picture of them.

Mr. Moon and I just took all of the potted plants back outside which is quite a chore and we will miss our hallway jungle but it's time and what a perfect day to set them out again with this gentle rain.
Now, of course, I have to clean all of the floors where we tracked dirt with our shoes and the dolly but so it goes.

And here's a picture I just stole off Facebook. 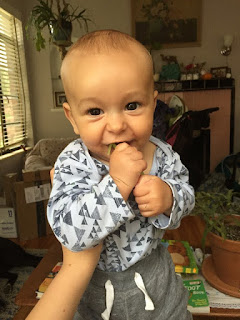 He's got two teeth now and is working on a piece of celery. I'll take him carrots for his Easter present.

From the reviews I've read about the Stones concert in Cuba last night, I take it that all went well. Perhaps half a million Cubans showed up to witness that historical event. As Mick said, forty years ago, their music was forbidden on the island. Of course that didn't stop anyone from listening any way they could and the forbidden is always more delicious but what an incredibly cool thing that Cubans finally got to see what they've been missing.
I hope they taped it and that I'll get to see it one day too.