Too Many Buts About It 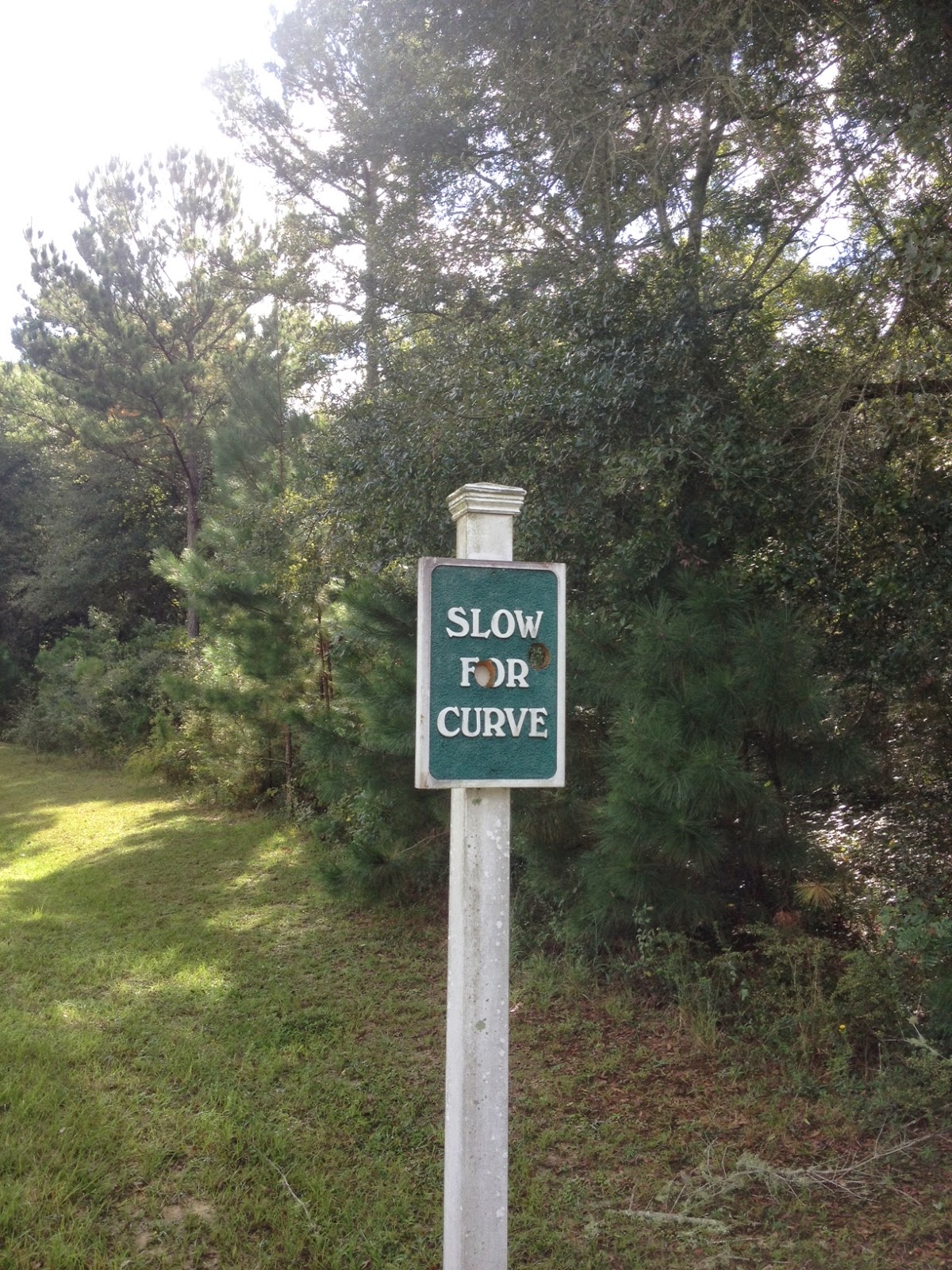 This is one of the signs I see on my walk. It amuses me, being a pedestrian and all. And rebel that I am, I do not slow for the curve.

I also stopped by the old hidden graveyard. 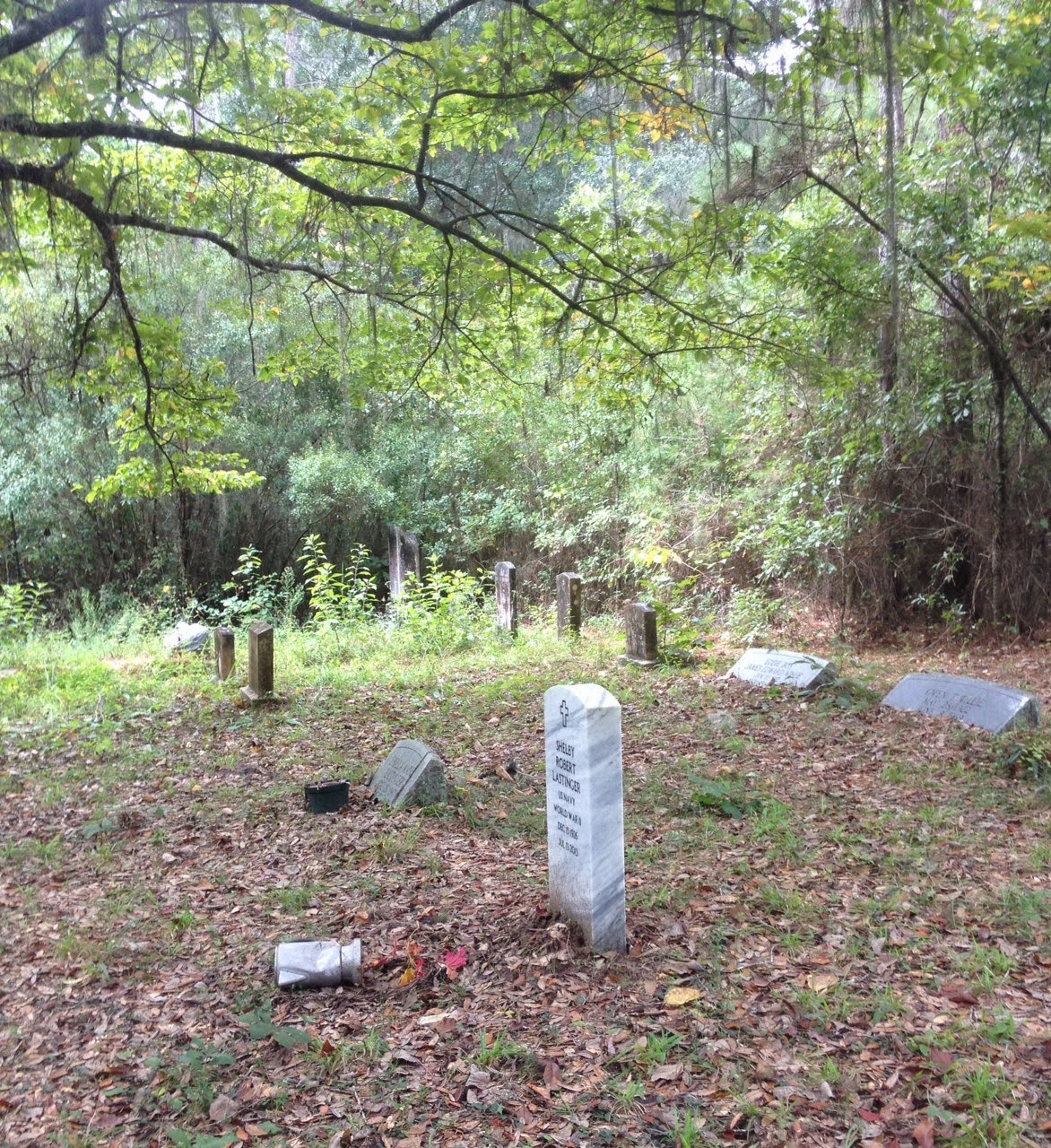 I love that spot. It looks different every season but is always remarkably peaceful. Not a bad place for bones to spend an eternity.

Mr. Moon called me this morning and said,"Hey. Let's go to Mobile."
And me, just awake and feeling all existentially angsty and shit said, "But, but, but..."
"I'm ready to just check out of here," he said. "Let's just go."
"But, but, but," I said. "Who will take care of the chickens?"
And he said, of course, that our neighbor would and I said I wasn't ready and he said that all I had to do was pack a bag and then I said some other stupid shit about not really feeling like I could go and so he said that all right, he had plenty to do right here.
I had made the suggestion last night that we might go but hadn't really thought he'd heard me. Our old friend Ziggy is playing there this weekend and we made a little weekend of it a few years ago, found a beautiful old place to stay, had a wonderful time. But. But. But.

Of course, after I'd had my walk, I'd thought more about it. And I called him back but I still wasn't really truly gung-ho and we've decided that we'll just wait until our anniversary at the end of the month to go somewhere and this weekend we'll just take the time to be with each other which seems to be so hard to do.

On my death bed I'm going to be pissed off at myself for not going. I know it.

I say "no" too often when "yes" would be, without a doubt, the very best thing.

Well. I'm going to run to town to take some jewelry to be fixed, to go pick up steaks and the makings for martinis. I'll clean off the table on the front porch and cut pine cone lilies to put in a vase. It'll be a sweet weekend.
But oh, how I want to remember to say "yes" more often to my husband, to the universe.

Here's Ziggy doing a cover of Bell Bottom Blues and I especially fancy the way he does one of the most beautiful love songs ever written.

I don't want to fade away. Really, I don't. Life is so short and my bones will be part of the earth for so long.