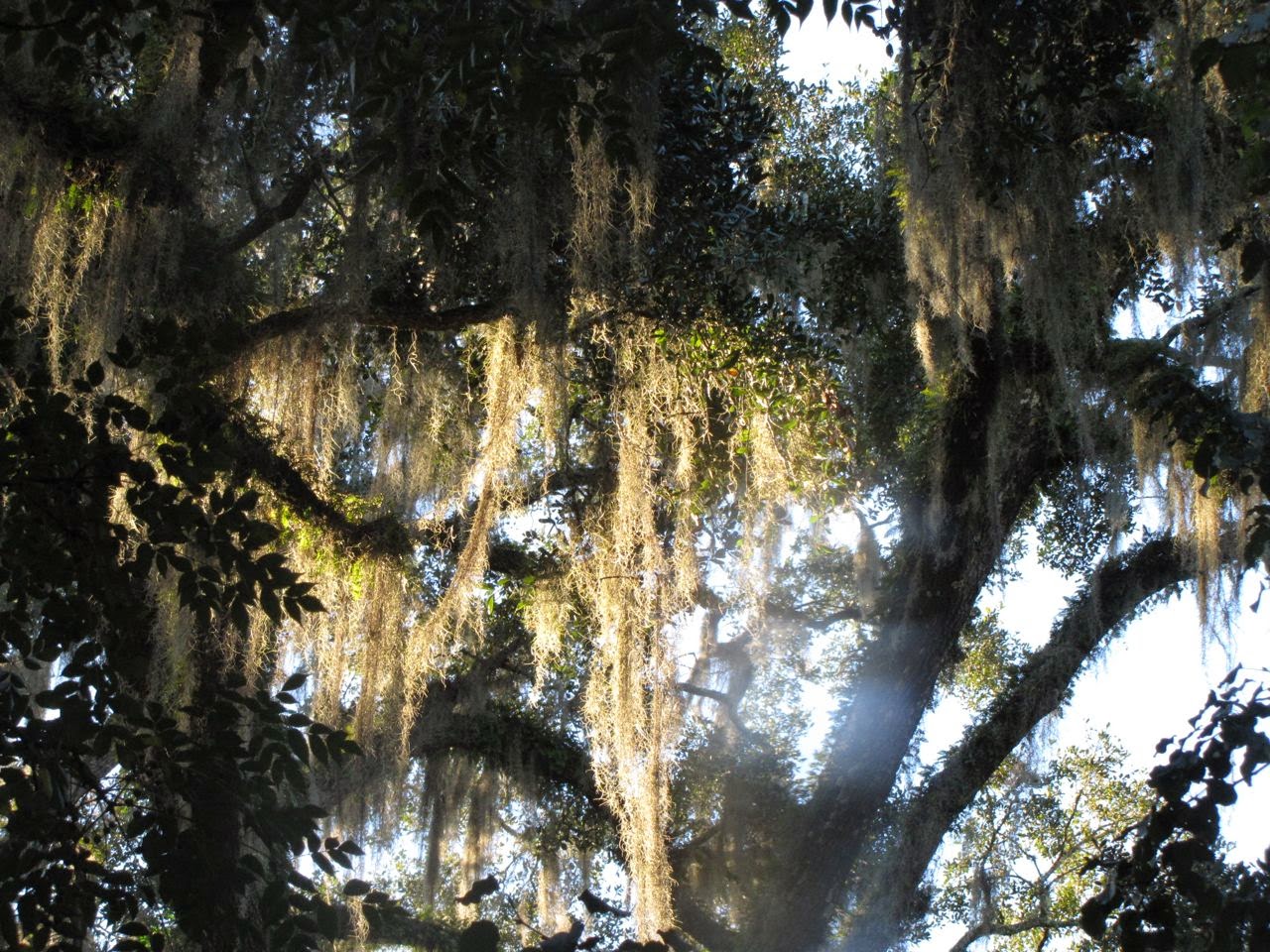 It's a beautiful peaceful morning here in Lloyd. The Spanish moss is swaying in the breeze like the waggling beards of old, laughing men. The chickens are out, running and scratching. Maurice is somewhere in the yard, hunting on safari, her morning chore of watching the ceremonial releasing of the chickens complete. 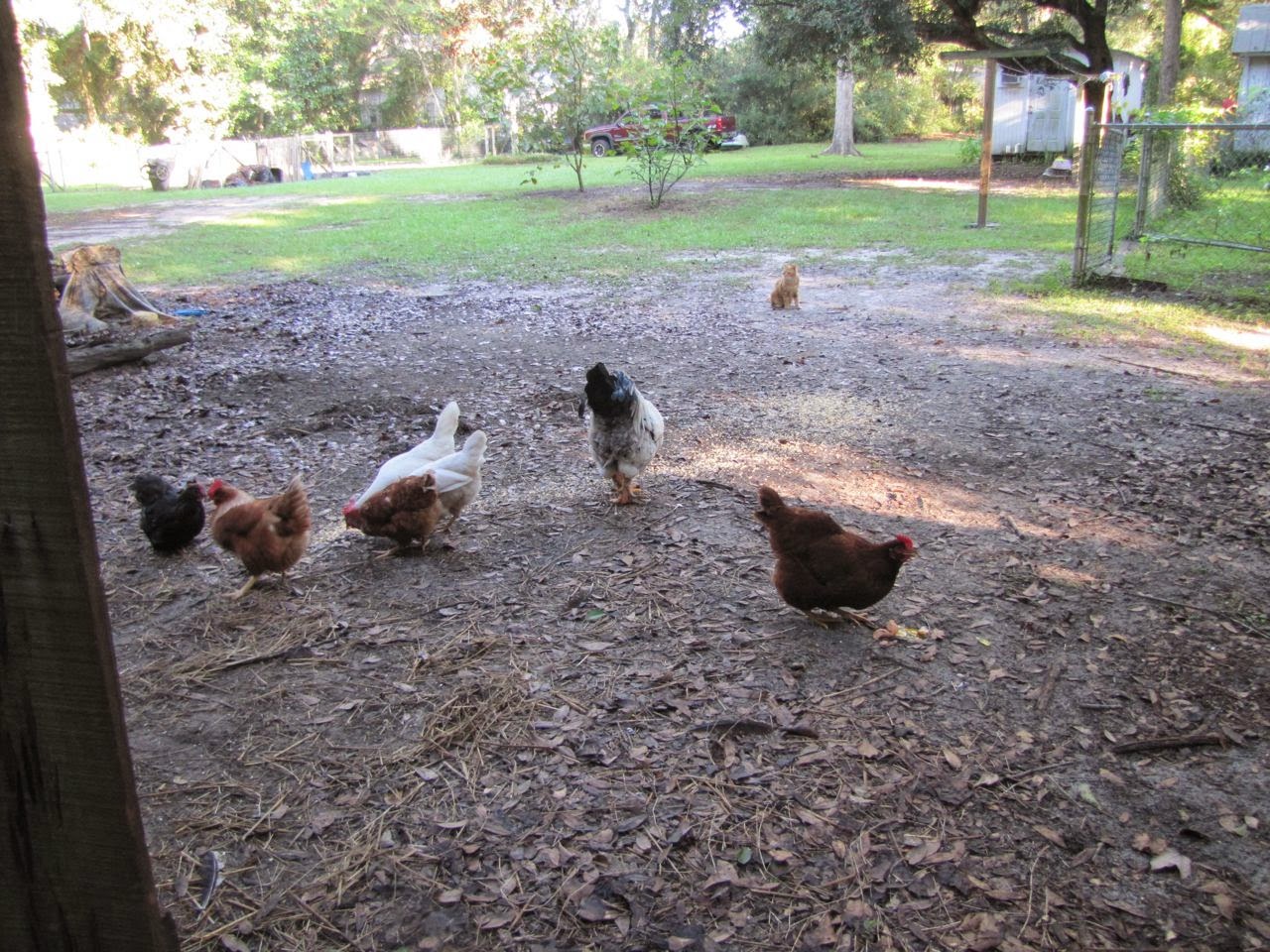 Mr. Moon and I are taking it easy, easy. He's doing some bird-feeding related project and I have stone-ground grits cooking. 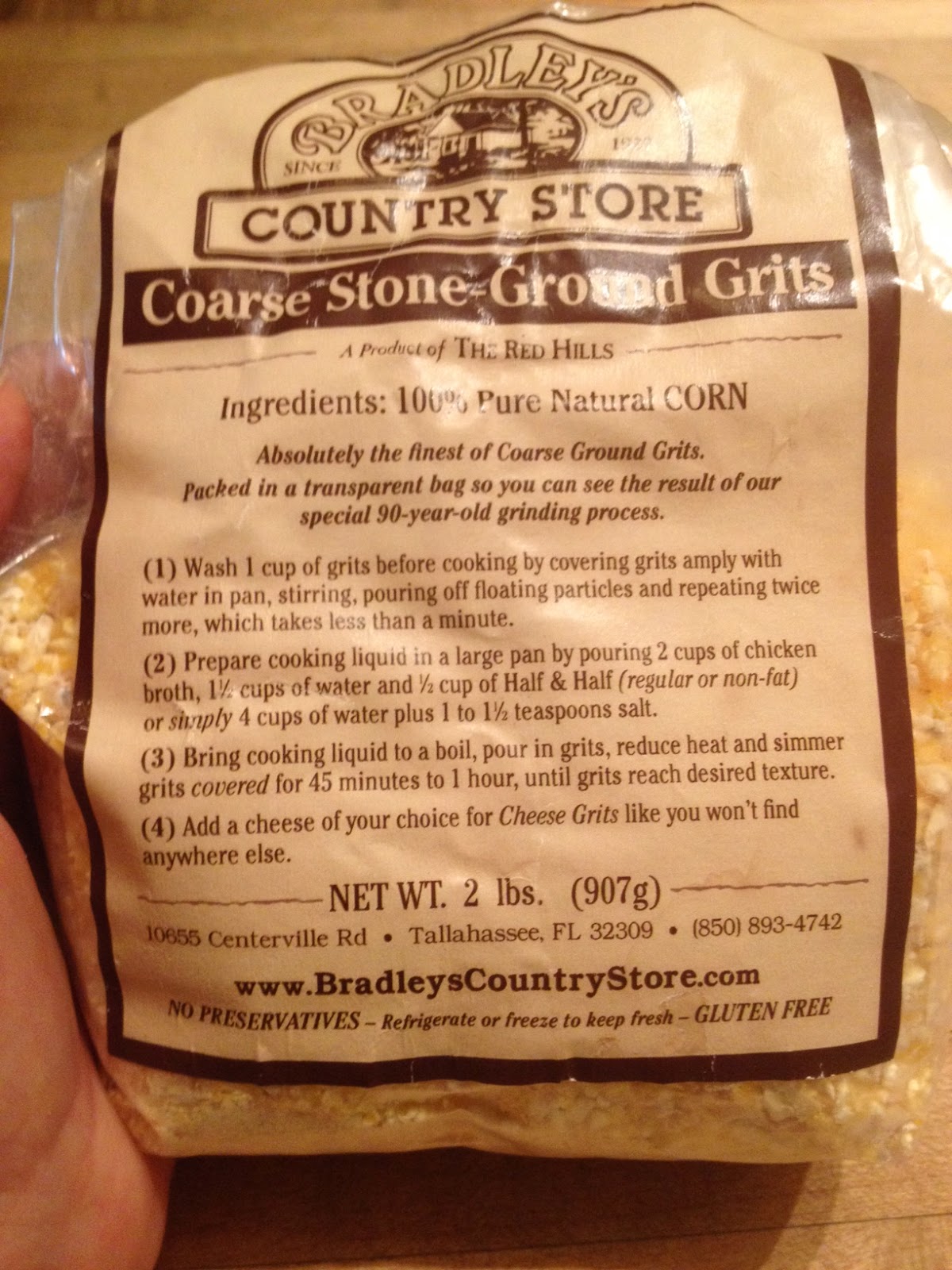 I hardly ever cook these grits because they take almost an hour of simmering. And if you bother to read those cooking instructions you may be as baffled as I am. I have never in my life heard of anyone cooking grits in chicken broth and half-and-half although I am sure the resulting product would be more than delicious. I'm doing the water and salt. But if the Queen were coming for brunch, I might try the other recipe. I'm sure she'd love them.
I might throw some cheese in at the last minute or I might not. Depends on how I feel in forty-five minutes.

I'm also going to cook eggs and bacon. We're on vacation this weekend, just the two of us, right here. We both agreed that we don't feel stressed out about a damn thing and if that's not vacation, what is? In my dreams this morning I was traveling and kept losing my passport and had to leave a whole lot of stuff behind and the leader of our group (?) wasn't interested in anything but making out with her trashy boyfriend who dumped her right before we were supposed to fly out of wherever we were flying out of but she seemed pretty sanguine about that. She seemed pretty sanguine about everything and certainly wasn't trying to help me find my passport. So when I woke up in my own bed with my own sweetie beside me and my orange cat laying cuddled next to me, I was most happy. It is cool, it is clear, yesterday's rain washed everything new and is bringing this sweet air which dances through the trees and rustles the leaves and sways the moss.

Today may involve some limb-and-branch picking up and I feel quite certain it's going to involve a nap or two. We're on vacation in our own house which is a very fine place to be and no passports are required and there is no schedule or group leader. Just...us.
And Elvis, of course, who is always the group leader but not of my own personal group and yes, he does make-out, or at least fuck, but it's fast and the hens seem to tolerate it fine.
For an old guy, he still manages to do his job with authority and he would never abandon his sister-wives. 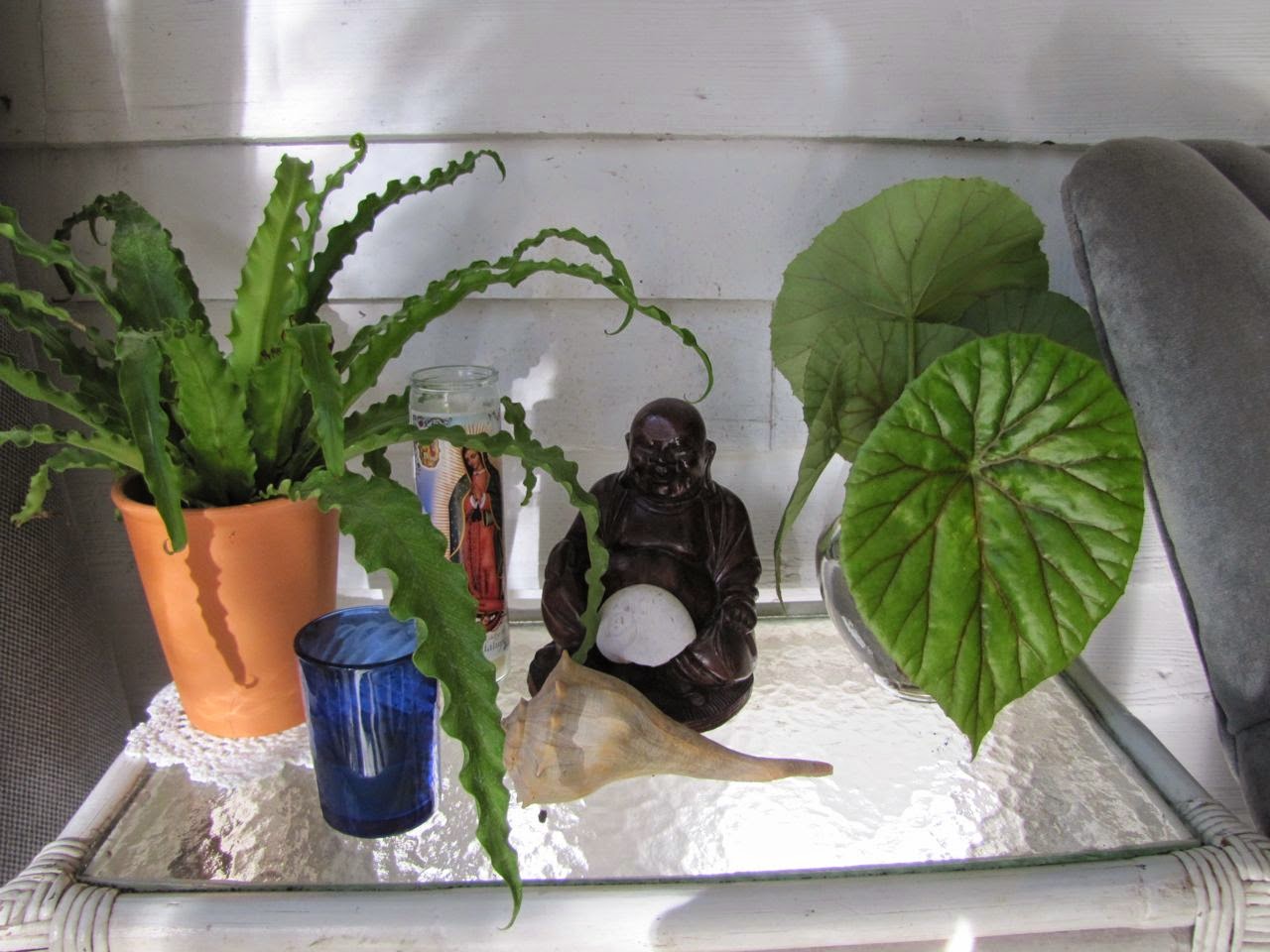