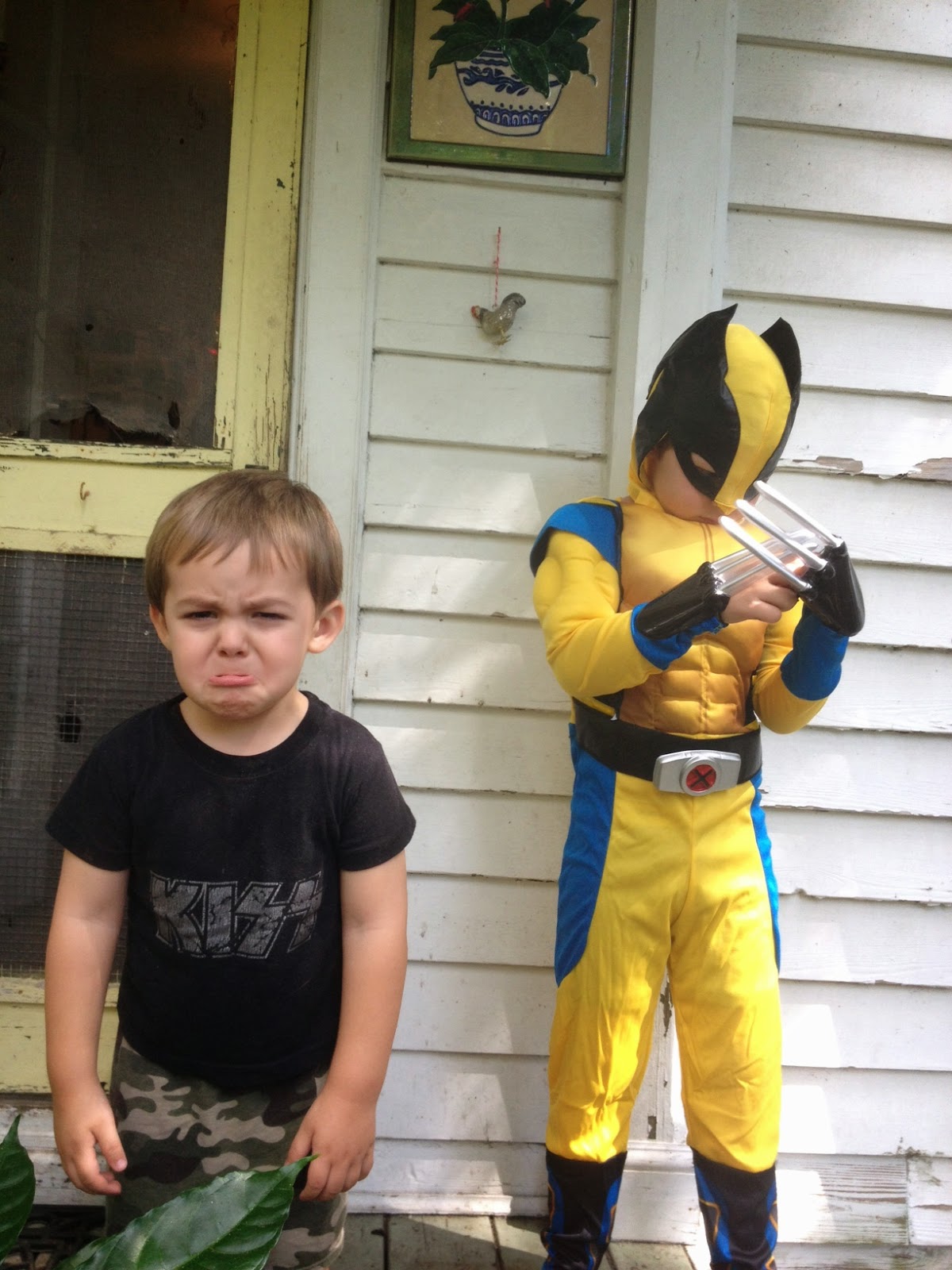 Is this one of the funniest kid-pictures you've ever seen?
Here you have Wolverine and his side-kick, Small Pissed Off Man.
Yes, there's a story there. No, I don't need to tell it. Besides, you probably already know the plot-line by heart because you've either been a parent or a grandparent or a sibling.

I really had a very good time with the boys. Gibson was mostly not in a bad mood at all, but in a sweet, loving mood. He spent a good long while putting eyeshadow all over my face and then he tried to poke the end of the brush into my stomach because he thought that would be funny and it sort of was. We listened to "Gus And Me" twice in the car on the way here from Lily's house. Owen loved it. Or so he said. He was the one who wanted me to play it again. And when we got home, he wanted to hear a little Stones on the phonograph and so we did. He wanted the record with the "yellow label." I let him put the tone arm down on the album himself and he did it beautifully. Very gently. I was proud of him. 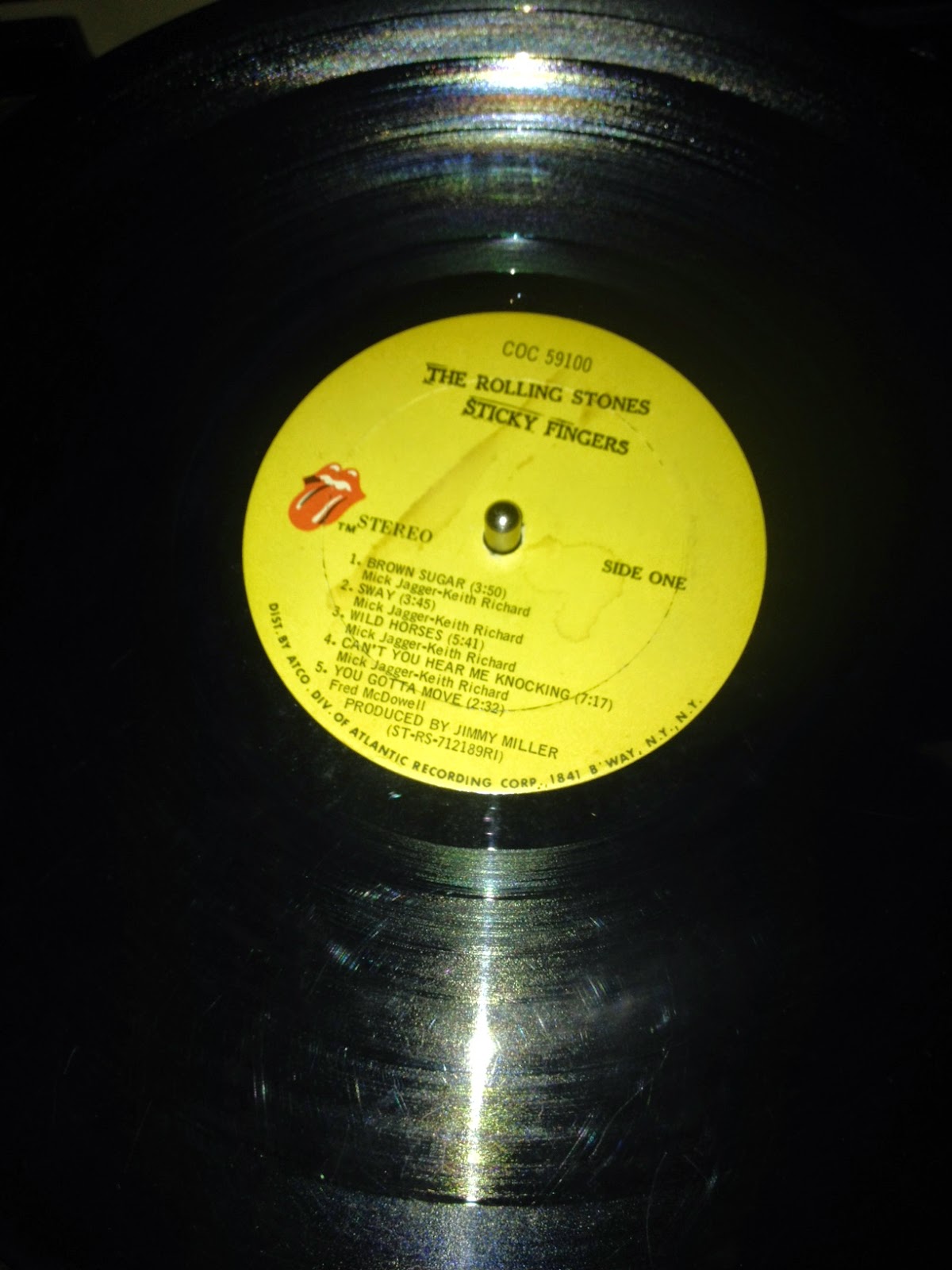 He has learned how to make the "f" sound at speech class and he is practicing all the time. "Fart" of course, is his favorite word and I swear to you, the other day in the car when he was demonstrating his F-words, he gave out with a great big old F-Bomb and Lily and I both about had to strangle our owndamnselves to quit laughing and he was told in no uncertain terms that he is NOT to say that word. Not at all, never, especially at school.
"You'll get in big trouble if you say that at school," I told him. "They'll send you home."
"That's okay! I don't want to go to school!" he said, quite cheerfully.
"If you get in trouble at school, you're going to get in even worse trouble at home," Lily said.
Meanwhile, we were both turning blue from the effort not to bust our guts.
Gibson's language skills are increasing by leaps and bounds. Even English. And he is so polite! Not only does he always say "Thank-you" but he also says, "You're welcome!" after we thank him. Never have I met a two-and-a-half year old who does that. Ever. And he can count to five and he probably knows all his ABC's. You know how it is with second kids. Unlike with the first ones whose every molecule of growth and learning is noted with great glee and celebration, the subsequent children could be speaking Latin and the parents wouldn't know it until someone else pointed it out.
Gibson loves to take showers. Mostly I think it's an opportunity to be pants-less but whatever. I let him stay in there as long as the water's warm. Here he is my shower today. 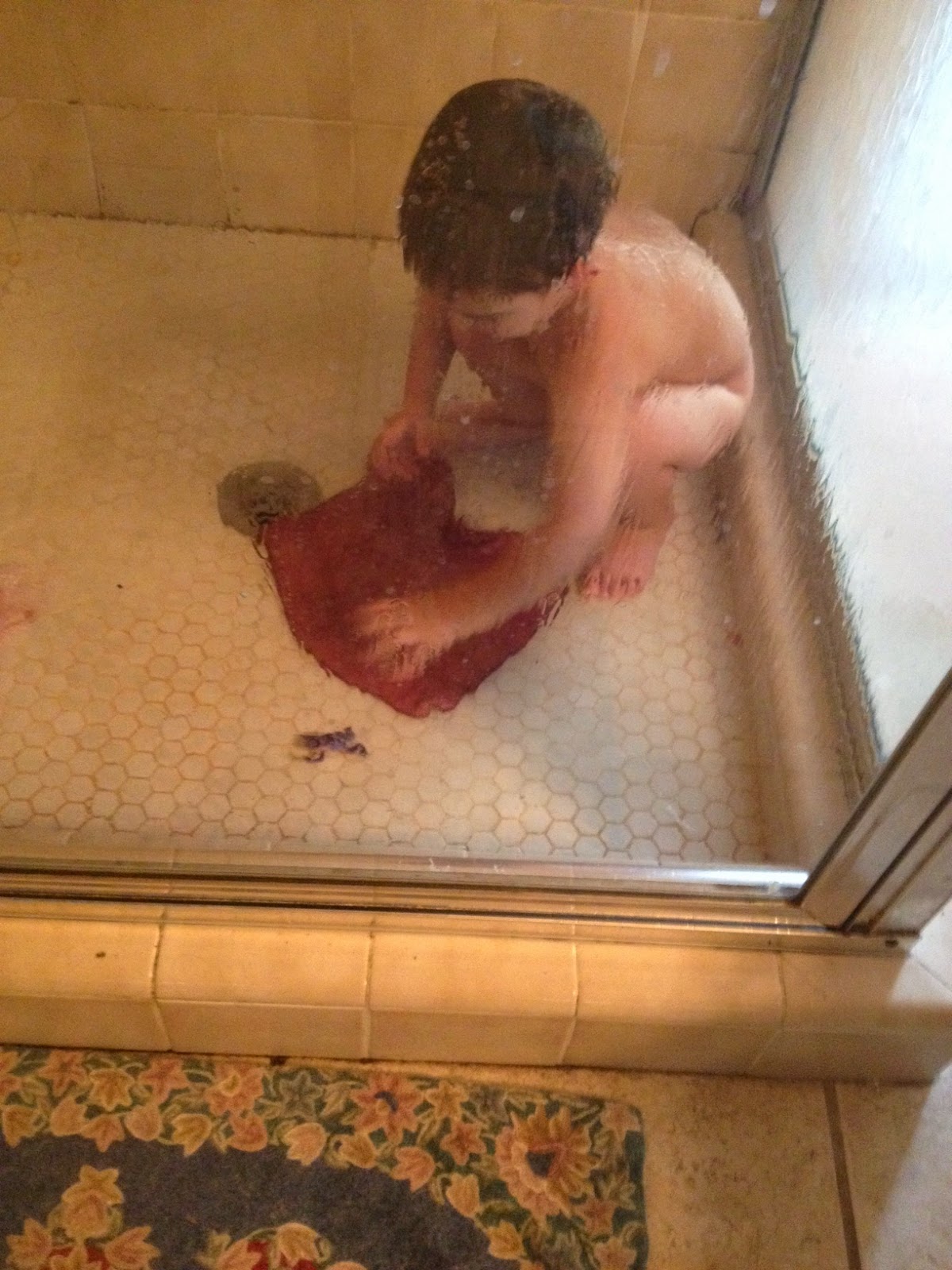 That's a plastic frog, by the way. He is so beautiful. Children and their perfect, lovely bodies...

While the boys were here, Mr. Moon's doctor's office called and left a message that he should call them. He had his physical last week and then went and had his blood work done and you know how incredibly freaked out I get about going to the doctor and getting stuff like that done? Well, it's just as bad for me when it's my husband. I texted him to give him the message and waited on pins and needles and with my heart in my throat and my stomach in knots until he called to tell me that they just wanted to tell him that all of his numbers were GREAT!
Lord, child. I was so happy. I am so happy.
I have to keep that man alive. Forever. Or until after I die, which is the same thing.

And in another not-very-related topic, let me report that I went to see Kathleen yesterday and she looks fabulous and even better and more importantly, she said she feels great. I think her body is finally getting over the effects of the chemo and she told me that she's even occasionally hungry which just thrilled my heart. She'd had no idea how sick the chemo was making her. May she continue to feel so very well, to be able to enjoy every minute of her life.

Which reminds me to try and do the same.

It's been a good day and one of my old hens laid me a beautiful green egg- the first one I've gotten in forever and I'm going to make us poached eggs over spinach and mushrooms tonight and I will be cooking that one, for sure.

So. There's the news from Lloyd. Well, not really. I have no idea what's going on next door or across the street or on Main Street or Lloyd Subdivision Road or on that beautiful little dirt road where I walk because there's an old house that I love so much with such beautiful trees that it makes my heart feel at peace just to see it. Since Miss Martha retired as Post Mistress, I don't get the news the way I used to which is sad but anyway, this is what is happening here, in my tiny part of this tiny village in North Florida. For today, at least, there have been worries and frowns but far more sweetness and light.