As The World Turns 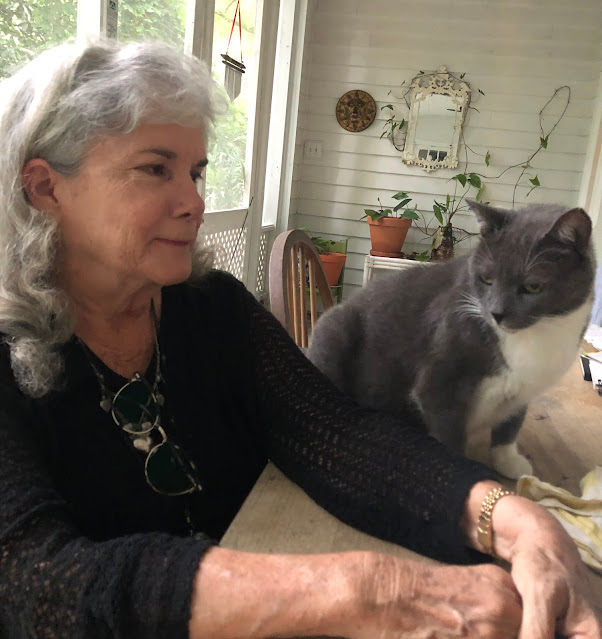 Isn't that a beautiful picture of Lis? We were on the back porch and Jack was doing what he does when Lis is here which is to seek her attention and love. He adores her. He had just kissed her and I tried to get a picture of that action but of course he wouldn't do it again, even though I asked him so politely, because of course cats do exactly understand what we're saying although they pretend not to because they are cats and do not want us to know of their powers.
A minute later he had settled down on the table with his tail hooked around her arm to keep her close.

She was all ready to go to her gig tonight which I am not attending because I just can't. She says she understands. She knows I'm having a rough patch here. And she also knows that I've got Owen and Gibson and Maggie coming tomorrow morning to hang out until the afternoon while their mama is at work. Of course I still feel guilty but sometimes one has to take care of oneself in the best way possible and although I logically know that if I went tonight and heard Lis singing her songs, the songs she's written, it would go a long way towards healing whatever is going on in me, I just cannot make the leap of getting there and knowing that I will be surrounded by...people. Even loving people, which they would be.
But I told her she would be great, simply grand, and that she would be the best songwriter of all and every bit of that is the truth.

She and I went to Costco today and then we had a lovely lunch at a seafood restaurant that is virtually in the parking lot of Costco but it's a local joint so I don't feel so bad about eating there.
I actually ended up taking some ashwagandha and L-theanine this morning because whatever it is I'm going through feels a lot like anxiety and I have to say they helped. And of course Lis just being here helps.

The men are back from their first part of this weekend's adventure. They drove down all the materials that need to go on the ferry and left them at the house of a friend of Mr. Moon's. Tomorrow they will go back down to the coast with Glen's boat and begin the process of getting everything to the house and unloaded which is what the rest of the weekend will be about. Chip is spending the night so that they can get up early and be at the dock to unload the trucks on to the ferry.
Jesus. What a process.
Anyway, I've made spaghetti sauce for their supper so there is that.

Okay. Tomato pie. I have to tell you that the pie I made yesterday was the absolute best tomato pie I've ever made. And we will discuss it. I am never loathe to share a recipe but the problem is that I usually don't follow one exactly. I read a bunch of them and then sort of fit my own tastes and ingredients and experience into whatever I'm making. Or baking. I will say right now that I think the things that made the pie so good last night were the fresh basil and parmesan cheese. And who knows what else?

And speaking of baking, my husband has just reminded me that I promised to make cookies for them to take to the island.
Oh hell.
Well.
I better go attend to kitchen matters. As always.

Here's a picture of Levon that Jessie sent today. 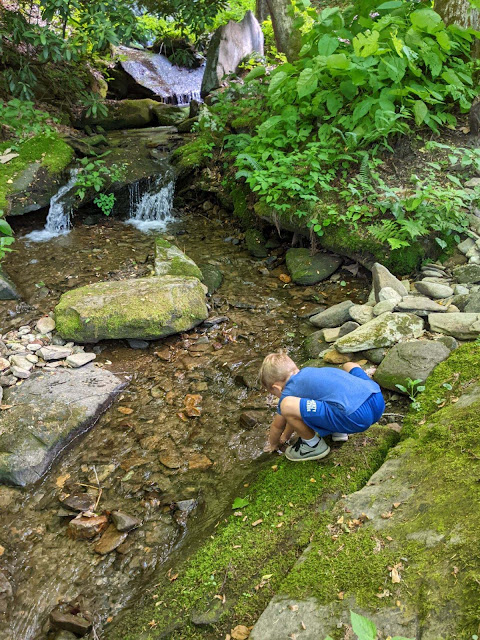