I didn't take a walk this morning and I didn't make pickled green beans today. I didn't do laundry and I didn't patch my husband's overalls. I didn't sweep or mop or dust or even clean out a drawer.

I did go to Publix and Costco. Of course everyone at Costco was wearing a mask as per instructions. I was ready and willing to buy something fun for myself there to cheer myself up. Retail therapy, so to speak. But I just wasn't feeling it. So I bought cucumbers and cheese and garbage bags and filled up my gas tank for the first time since last March.
Then I went to Publix where a lot of people were wearing masks but a lot weren't. People seemed to be very aware of social distancing though. Mostly. I didn't really have any emergency items to buy except for cat food which we are getting very low on. Or were. We have plenty now. Meow Mix was BOGO. I think I was again searching for some sort of a quick lick of a sweetness, a sense of the larders being full if nothing else.
Despite buying a lot of stuff, none of it brought me any pleasure. But I do have twelve new canning jars and more vinegar and spices for pickling and pumpkin seeds which are a time-honored remedy for worms in chickens and in children and a whole bunch of other stuff that I can't think of at the moment.
Guess you can't buy happiness after all.
Except at maybe a dispensary.

My husband is out in the garden, digging up potatoes. The sun is getting lower in the sky creating the golden light that movie makers make so much of. Jessie's new chickens are safely at home in their new coop. Lily is home with her brood. They had such a good time. Here are a few more pictures. 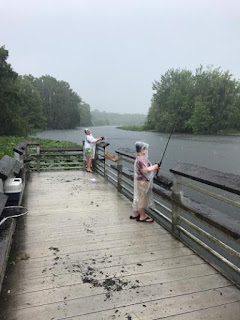 Fishing in the rain. Isn't that a pretty river? 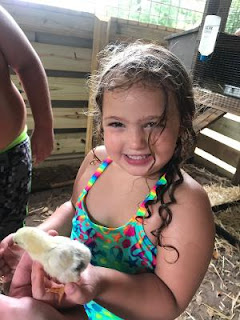 Lauren's folks not only have goats and dogs, they have chickens too! 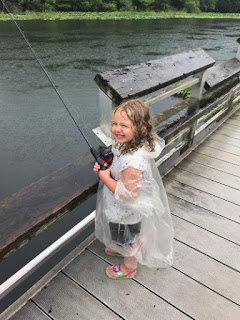 Magnolia doesn't know it yet but she comes from a long line of fisherwomen.
Here's a picture of Glen's mama and daddy and look who caught the big fish! 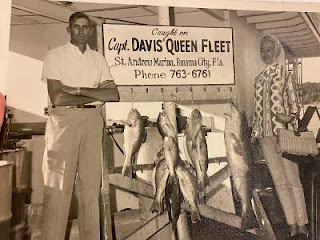 Paw-Paw doesn't look too happy about it either.
I love that picture.

In so many ways it all feels so normal, so fine. Plenty of food on the shelves. A garden full of beautiful things. Happy kids. Happy chickens.

At least 100,000 people have died from covid 19 in the U.S.
People refuse to wear masks or practice social distancing because fools and bots tell them that the virus is a hoax and they have the right to believe it and act like it.
And the virus of racial hatred only seems to grow and thrive in the willing worst of our country, people not only refusing to see it as a threat but welcoming it, practicing it, and our fake president hasn't said a word about the latest two horrors, one a murder as sure as I am living, one a travesty of human decency, as far as I know.
Meanwhile he's threatening to shut down Twitter because they had the nasty audacity of fact-checking some of his tweets.
Fuck. Him.
Fuck racism. Fuck hatred. Fuck people who blithely believe what they want to believe even when it is so obviously unbelievable and so obviously dangerous.

I honestly don't have anything else to say because I've about given up hope for humanity. At least this country's portion of it.

Prove me wrong. As they say. I sure wish someone could.