We Have Celebrated Our Brains Out

Oh my.
I am tired again and I didn't even actually do anything you might call laborious today. Not at all. And August let me get plenty of sleep. After he had his bath and brushed his teeth and we read some books and had a little tiny snack of cheese and he showed me exactly where I was to sleep on my bed (which was the very, very edge of it, as close to his bed on the floor as I could get), he laid down and cuddled with old Zippy and I covered him up, kissed him, told him I loved him and he went to sleep.
He did not move as far as I know until 7:19 this morning when he sprang up in the bed, called, "MerMer!" and came right up to my face and told me he was ready to get up.
"Come get in the bed with us," I said. "Let's sleep a little more."
He got in the bed and I tried to cozy him up but he was having none of it and his grandfather, Saint Boppy, got up with him and I said, "Don't forget to take him to pee-pee," and he said, "Okay," and that was the last thing I knew until almost nine and so I have no excuse to be tired except for the fact that THERE WAS ANOTHER PARTY!
The Closing Ceremonies as Jason called it.
After pancakes and some more books this morning, August and I drove over to Lily's. Mr. Moon had to make a sign (a real one, not like a sign from GOD, okay?) and was feeling a bit desperate to get it done before tomorrow so I reassured him that he did not have to come to this party.
But August and I did, especially since the party was for all of the family who'd had birthdays this week and August was one of them, although once again, Vergil couldn't be there because he had to fly to some city I've forgotten for work. That man is a hard-working man.
And it was another major blow-out with cupcakes and presents and a pinata. Children everywhere, adults everywhere, food galore. Jason cooked hamburgers of both the meat and veggie sort and hot dogs. Lily made cole slaw and beans and macaroni and cheese. Jason's mother made spinach and artichoke pinwheels. Rachel made the best guacamole I've had since leaving Mexico and she and Hank made a delicious red cabbage with apples dish. Jessie made the cupcakes. And what else? Oh hell. I don't know.
And what did I bring?
A roll of paper towels.
And August, of course.
He was glad to see his mother and his brother and speaking of Levon- oh, that poor child. Our dear friend Edie baby sat for him last night while Jessie and Vergil went to the wedding and he's already going through a major Mommy Velcro stage and after the trauma of being without her for maybe four or five hours last night, he was not letting any one else hold him and every time Jessie tried to put him down or hand him to someone he would cry in the most pitiful and sorrowful manner. He didn't even want his MerMer. Not one bit. In fact, every time he saw me he thought I was coming to get him and he cried.
Poor baby.
Poor Jessie.

But it was good to see everyone and my favorite part besides that was the pinata busting. 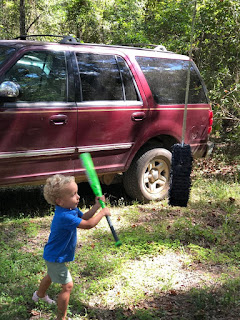 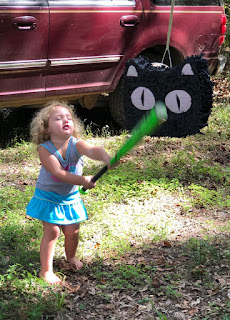 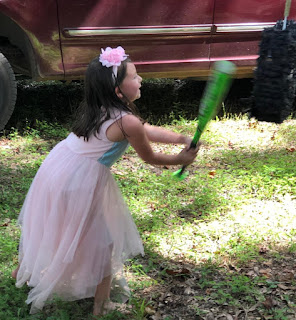 The darling Lenore has a go at it. She was wearing her pinata busting uniform as you can see. 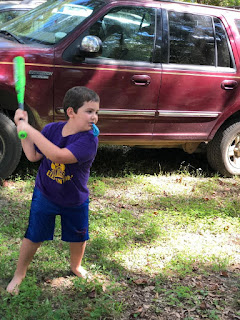 Gibson knew what he was doing and cracked that bad cat. 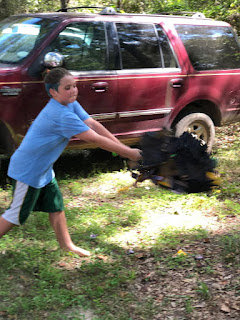 And Owen finished it off.

Candy flew and children were happy.

So it was a good party although there was some discussion of both politics and religion and the religion part got a little sticky. As you might imagine, me and mine are all fairly what you might call rampant tree-hugging, gay-rights, women's rights, Trump-hating liberals and if not flat-out atheists, then close-to-it agnostics and not everyone else at the party was.
But.
No one came to blows.
And hugs were given all around at the end.
And we all love the babies.

After I'd finally said good-bye to everyone and given and received my share of hugs, I came home to find these. 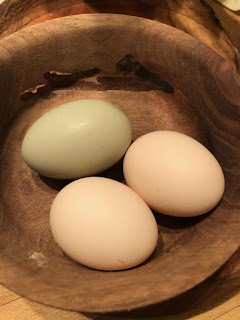 Another green egg! Hurray! This is so exciting for me.

And two days ago I saw but did not report, Ringo having sex with Miss Pansy. So that's happening for sure. Maybe I did report this. I can't remember. Ringo looked as if he had no idea in the world what he was doing and was quite clumsy about the whole thing and appeared to be stunned afterwards and Pansy looked completely nonplussed.
Teenagers.

Darla is still sitting on eggs and I have no idea how many or if any of them are fertile. This makes a week and a day or so that she's been sitting. Two more weeks to go to see if we get any peeps. I'd check under her to count the eggs but she growls at me if I try. What? You didn't know chickens could growl?
Trust me. They can.

And Mr. Moon, who was leaving the house to go put up his sign just as I was getting home, sent me this. 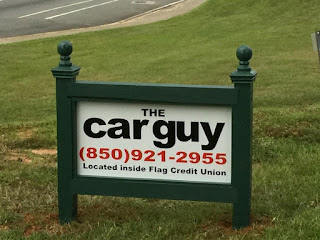 And he's just now pulling up into the driveway.
That poor man. I think I'm tired?
He was working outside in this eternal and satanic heat all day long.
Isn't it a beautiful sign?
When he does a thing, he does it right.
And tomorrow he's going to wonder why his back hurts.

Birthday week over. We have no more need for cakes and candles for awhile.
And yet, somehow, I feel as if the adventure will continue.