Good Moods Do Not Suck 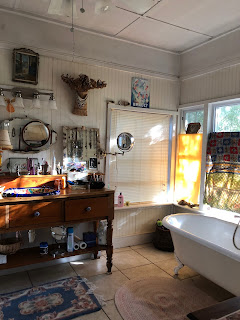 It is very hard to be in a bad mood when one's morning ablutions are taken in a room that looks like this.
And when I got up this morning and went into that bathroom, my very soul felt light-shot and I was happy.
I did not take a walk.
I am so bad.
But I had a good excuse. I had broken yet another dongle and could not listen to my book as I walked and that just wasn't going to happen.
God damn dongles.
Also? I had a bunch of stuff to do around here before I went to town and so I did those things and then, in my merry mood, got in the car and drove to Target in Tallahassee. Lily met me there along with this girl.

She was tired and a bit under the weather, probably from allergies which almost everyone in the area is suffering from as the pollen coats our cars and furniture and sinus linings with yellow dust. Instead of getting excited when she saw me, she simply raised her arms to me and I undid her from her seat and picked her up and held her to me and she melted, boneless, to my old bosom, and I held her tight and kissed her sweet head.
My Maggie. My one and only granddaughter. Oh, the sweet delight of her.

We did our shopping and I actually got Easter baskets and Easter stuff to go in the baskets which I haven't done, maybe ever. But I suddenly felt that I had to and wanted to and so I did.

We met Jessie and August and Levon at a local cafe and I'll mostly let the pictures tell the story because I am so far behind in my evening's obligations. But in this case (as in most), the pictures are worth so much more than I can say. 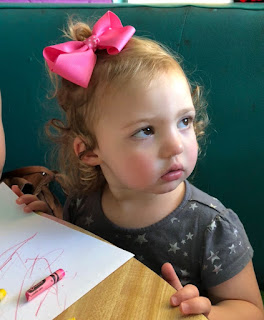 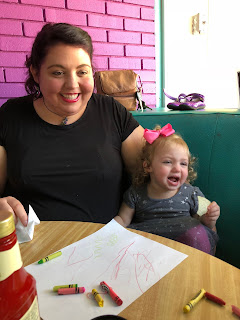 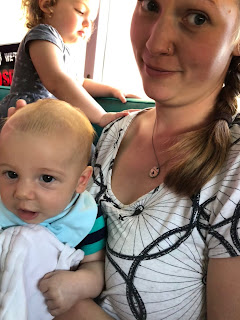 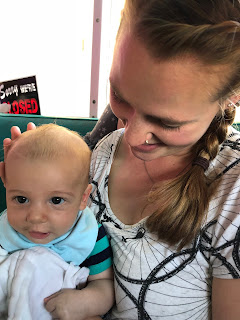 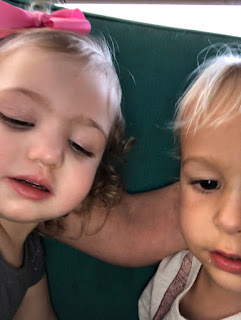 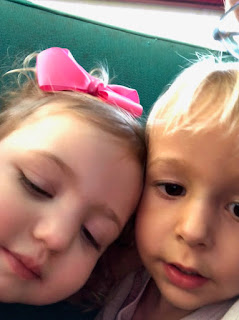 Are they not beautiful?

And then we went down to the New Leaf where we got to see Billy! 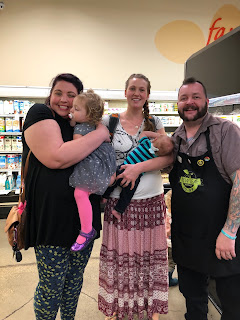 Where's August? If you look very closely between Jessie and Billy, you might see him pretending to be most interested in the milk although he was actually just being a little shy. 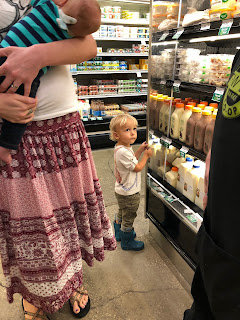 Before I took this picture, Billy had snatched Levon out of the seat he was in and was snorgling him when a coworker came by and said, "No wonder you're so fat, Billy. You eat babies."
Billy is not fat. Nor does he eat babies. But oh, how he loves them. And they love him.

And when I got home, Hank and Rachel came out to see me and we gathered egg (yes, egg) and picked many greens and some carrots and beets and sat and chatted and Mr. Moon worked on his bathroom and periodically I would have to go and help by turning water on or off at the road and so forth and it has just been a lovely, lovely day.
Another one.
Oh my.

I decided today that if I ever did have a headstone (which I won't unless they can bury me under the live oak in the back yard) it would say, "She Never Ceased To Be Amazed."