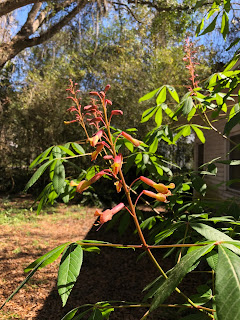 Bloom of the Buckeye which is native to this area.

After I got everything done in the house this morning that I absolutely had to get done (according to me, of course) I took my happy ass outside.
Where I was immediately overwhelmed by all that needs doing.
A huge branch from the dying (just like Alec Baldwin's career!) water oak out front fell on the fence the other night and for some stupid reason I thought I could deal with it.
Well, I couldn't. I cleared out some of the small limbs and vines which had been wrapped around the branch and hauled them to the burn pile but I left the branch where it was knowing that Mr. Moon with his chainsaw could deal with the thing in about fifteen minutes.
Which he did a little while ago.

While I was walking around doing I'm not sure what but I think it involved pulling a few of the ten thousand invasive plants sprouting everywhere I noticed, speaking of invasive, this- 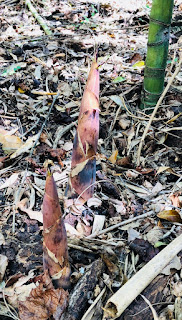 Dear god, the bamboo is already coming up. I kicked those two sprouts and a few more and added searching and destroying to my list of daily chores for a few weeks because once they come up, they grow about two feet a day.
For those of you who do not know, when bamboo sprouts come up in the spring, you can kick them over so that they break off at the ground, thus insuring that they will not grow from that particular shoot. And if you don't do this, you will soon live in a bamboo jungle which sounds romantic but is not.

I took another look at all of the yard-trimming and invasives-pulling that I need to do and headed to the garden to weed because there's a big swath of ground that has to be freed of all of the weeds before it can be tilled because otherwise, the weeds will still be there, just waiting to burst up again. And no, I did not mulch this winter and I am paying for it. So I got on my knees and weeded and weeded and listened to my book (still in the Outlander series, as I will be for the rest of my life) and the chickens came in and joined me. I got some shots of Mick as he wallowed about and pecked at the tender clover and gave me the rooster-eye. 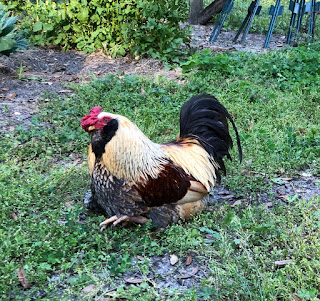 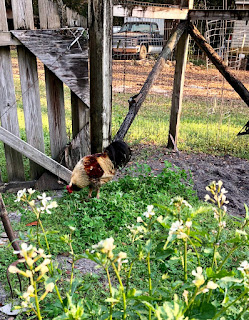 Do you see those white flowers there in the foreground? Those are the blossoms of the arugula. When I say that something in the garden has "bolted" or gone to seed, what I mean is that its season of merely making lovely leaves to be eaten are over and the plant is now putting its energy into the making of seed which, of course, is the way it should be but it does mean that it's time to make peace with the fact that you're not going to get another decent salad until November. That stuff they sell in the store, whether it's organic or not, just can't be the same as what goes from dirt to bowl in a matter of minutes. Or even hours. 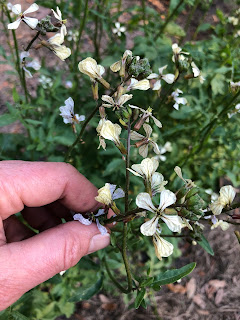 I didn't get nearly all of the weeds pulled but I got enough to expose a small amount of sweet black dirt where tomatoes and peppers can be planted and that is progress as well as motivation to get back in there and do more.
Honestly, as most of you know by now, I really sort of love to weed. Especially when it's cool and beautiful and I'm listening to a book and I have the companionable presence of my chickens around me.

So that is what I did today. I enjoyed and despaired and enjoyed some more. 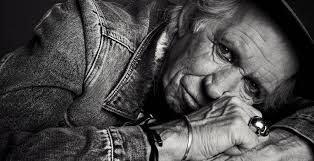 I may not talk about my spirit totem animal as much as I used to but that's mostly because I do not want to be accused of being obsessed although why I would worry about that is beyond me.

And now it's time for me to go and cook the bass that my husband caught from the Wacissa this morning. 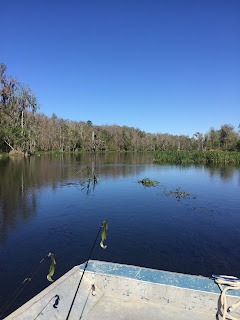 And serendipitously I bought some course ground grits yesterday at the New Leaf which will go with it perfectly when I cook them slowly for an hour and grate some cheese in at the end.

And we will watch The Frankenstein Chronicles as we eat and look at each other and say about every five minutes, "Whoa! That was creepy. And weird."