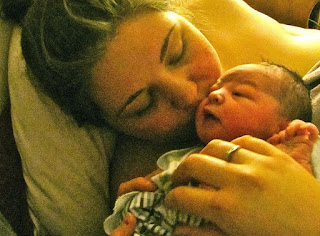 Six years ago Gibson was born and if you want the original report, you can go here and read it. That's one of the pictures from that post although it has since been cropped because as Lily pointed out to me today, the one I'd posted on Facebook, uncropped, showed a tiny bit of nipple.
"What?! No way!" I said. And then I checked and she was right so there's the G rated version.
She didn't really care and the whole thing reminded me of that Seinfeld episode where Elaine sends out hundreds of Christmas cards with her picture on them, not realizing that her nipple was exposed.
Hilarity ensued.

Anyway, look at that baby and that mama. 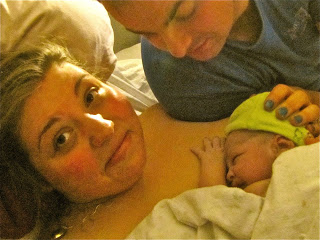 And that baby and that mama and that daddy.

That was such an awesome day.

Today was pretty okay too but did lack the drama of a quick-quick home birth.
Target was involved though, so you know it was fun. Since Gibson's party is next Sunday, I wanted to get him something he picked out at Target himself today and so we met up there and although it was pretty stressful, deciding what it was that he really wanted, he ended up getting a stretchy Gumby.
Yes. Of all the toys at Target, he got a stretchy Gumby. 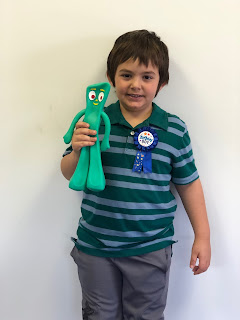 Lord, he loves that thing.

I gave him his monkey man too but he really literally barely looked at it. Honestly, I believe that he thought that the soft little baby blanket that I'd wrapped the monkey in was the gift and even after that got straightened out, he still liked the blanket best, I think, which is okay. His great grandmother made it for my children's dolls. Maggie however, loved the monkey. 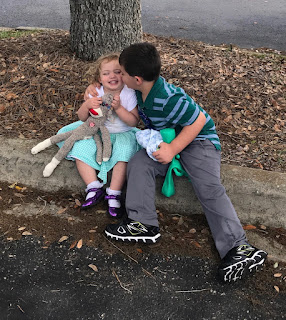 After Target we went to see the amazing and beautiful Melissa to get Gibson's hair cut. He described the cut he wanted as "handsome."
"Okay," said Melissa, and she cut it handsome. 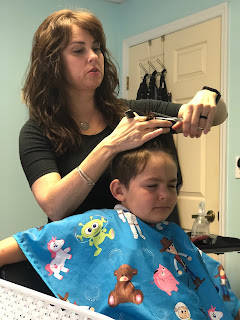 "Can you say 'I'm a Republican?'" she asked Gibson.
"Nope," he said.
"Good," she said but he does look a suit would be fitting apparel for such a well-groomed young man. 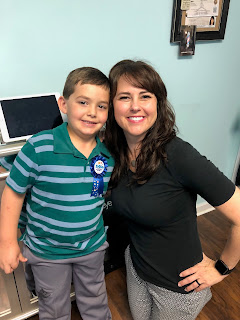 And here's Maggie with Melissa. 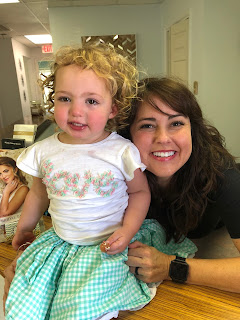 Maggie knows where Melissa keeps the lollypops and she makes full use of that knowledge.

Then we went to China First, the biggest Chinese buffet in town, I do believe. We met Jessie and August and Levon and Boppy there and many noodles were eaten as well as some sushi (yeah, I know it's not Chinese but neither is ice cream or macaroni salad and they have those too), and a lot of other delicious things.

And so that was what happened today for Gibson's birthday and I think he enjoyed every moment. Did you notice his birthday badge? He showed it to everyone in Target and to our server at the restaurant and everyone cheerfully and quite sincerely wished that boy a happy birthday.

There is absolutely no one on this earth like Gibson and I feel so lucky to be part of his life. He's the most loving child you'd ever want to meet and he is perfectly and honestly comfortable with who he is.
He always has been. I hope he always is. 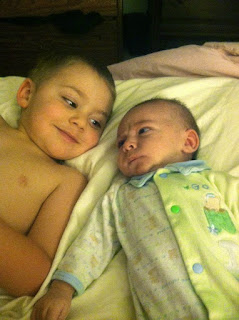 One of my favorite pictures in the whole wide world. Gibson checking out his big brother.

All right. That's the report. Getting cooler again tonight and I am so glad.