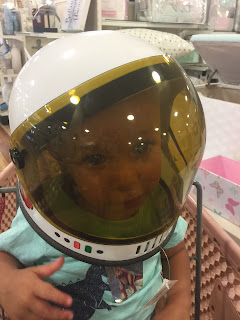 Woke up this morning almost trembling with anxiety. Okay, maybe I was trembling. This was mostly due to knowing I am being delinquent in scheduling the various screenings, etc., that my doctor wants me to do.
I checked to see when my next appointment with him was and discovered it isn't until June and fuck! The Big One Comet could hit the earth by then, totally negating any need whatsoever for screenings or blood work or anything else in the medical realm. Who cares what your triglycerides are if you're melted into nothing but maybe some random atoms?
I'm sorry but yes, I would indeed sacrifice all of humanity including myself in order not to have to schedule another colonoscopy. That's just the way it is and I am a sad and selfish woman but let's face it- if we're all dead, no one will care. That's what I say. It's like that old anti-abortion argument- WHAT IF YOUR MOTHER HAD CHOSEN TO ABORT YOU????!!!! HUH? HUH?
Well, I'd never fucking know, would I?
Stupidest argument ever.

Anyway, I actually grabbed the phone and tried to complete one medical assignment which of course did not work out but I did make an appointment to get my eye exam tomorrow with the doctor I wanted.
Yes, yes. I know. As my younger brother used to say when he was but a sprout, "No applause, just throw money."
So. Thank GOD I finally overcame all hurdles to that little chore and hopefully the optician won't notice a brain tumor through my eyeballs or tell me I'm going blind or anything like that and I'll just get a new prescription and pick out some new glasses and when I get them I'll be able to see better and won't be viewing life through all these scratches and also, I hate these frames so maybe I'll be happier about that too.
Although of course, I'm fairly certain that I'm going blind or else have a brain tumor although I have no evidence of either but this is where illogical anxiety comes in.

BUT, after I made those phone calls I met Jessie and August at their house where August spied me from the breezeway and got so excited and said, "MerMer!" and ran to the door to meet me and my heart was like a tiny pink feather, so light and so happy.
Seriously. That's exactly what it felt like.

And we went out and did some shopping and that space helmet was at Home Goods along with a lot of other coolio stuff and no, I didn't buy him the helmet (hat, he kept saying, and at one point, had it slipped down over his belly with the face shield flipped all the way up) but I did get him a butterfly net and it was just fun.
We had lunch, of course, and then we went to a little children's consignment shop (lots of good bargains on gently used children) and here's August playing at the train table. 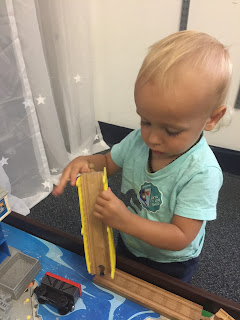 His mama shopped a little bit and then I got Maggie two pairs of sandals and a dress which looks like something that Audrey Hepburn might have worn with a tasteful string of pearls and her hair in a French Twist.

And then, because Jessie The Pregnant Lady had been craving a pastry from a local bakery which was right down the street, we stopped by there. She's been having more tummy discomfort than she did with August and when she wants to eat something, she should eat it. She'll be twelve weeks in about nine days and I keep telling her that she'll feel better by then and I surely hope she does.

I am fairly sure that I never will, either. I will just keep doing as I have always done which is to stumble imperfectly through whatever arises until The Big One Comet hits the earth or, more likely, I die, feeling what I feel, loving what I love, fearing what I fear, doing what I can.