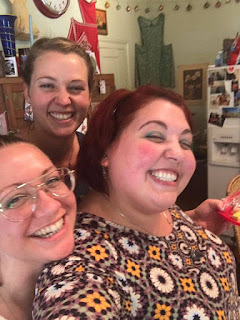 Just look at that picture and you'll know what a good day it was. 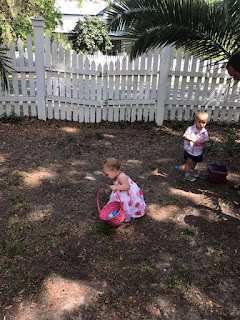 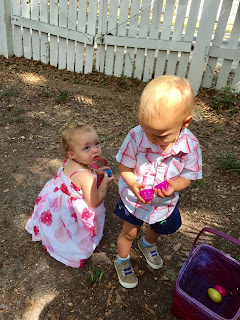 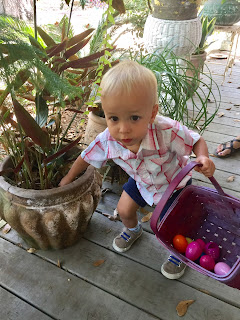 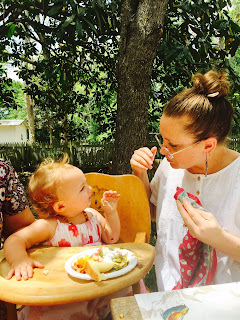 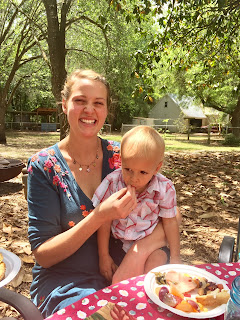 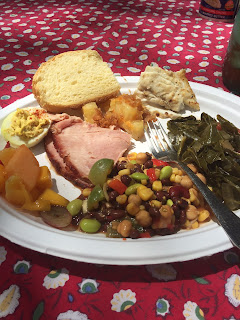 And my big boys. 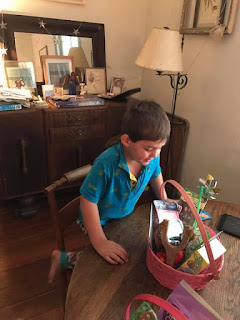 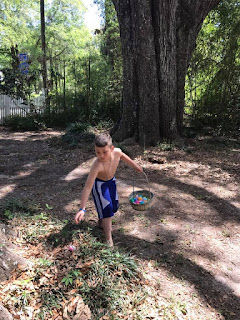 And yes, that is the way it was here at Mer and Bop's today. August is a little under the weather which would explain his constant somber expression but he had a good time and I hear (don't tell anyone) that he and Magnolia June were caught kissing in the hallway without being prompted by crazy adults who think that's just the cutest thing in the entire world.
Because it is.

I got so much help this weekend, starting with Owen doing that cleaning for me and then this morning the boys and Boppy made the beds and did the chicken tending and Boppy grilled some of his delicious grouper and Lily made the pineapple casserole and May made the fruit salad and the Bloody Mary's and everyone peeled eggs and Jessie did the deviling part and Rachel made an incredible blueberry lemon buckle and Jessie made a carrot cake and Hank picked out the music and helped set up and put away as did Vergil and Michael, and Jason carved up the ham and bagged the trash and Rachel washed about a million dishes and May, of course, because she always does, finished up the kitchen and everyone helped with putting food away and tidying.
There was so much more than that.
And of course it was a beautiful feast of delicious foods but the real joy, as always, is everyone being here. Together.
It's been amazing that Lily has sort of taken over the hostessing of holiday parties but she needed a break today and I really did enjoy having this one here. Although there is always a moment when I am overcome with the chaos and busy-ness and sheer amount of activity going on, there is also always a lot more joy at seeing it happen, at welcoming it all home to me again.
All of us sitting at one table, new people sliding in and taking their rightful places with us, babies whose growth we can mark by their new abilities to do things and their language skills and yes, simply growth.
Oh. Maggie running in the backyard, looking for her brothers, saying, "Owee!"
August, sitting in my lap, carefully and soberly stabbing beans with a fork to feed me and his grandfather.
Gibson, in the bathtub having a serious talk with me and when I ask him if he knows how much I love him, replying, "A lot."
Owen, putting a record on the stereo himself, hitting a baseball so hard that when his Boppy caught it, it made him fall over backwards, hugging me tight and telling me, "Mer. I love you so much."
He will be as tall as I am in two years, I predict.

Yes. The ham and the greens and the bread and all of it were delicious and wonderful but that's the least of it.
And damn, that in itself would have been plenty.

There was plenty for all.

And then so much more.