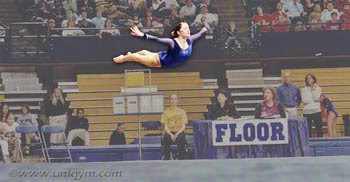 We need rain. It's dry again. My blueberries are drooping and my zinnias are turning brown and leaning over precariously. The garden is about gone. It's August and the last watermelons have been picked and the only thing still putting out are the tomatoes and they're getting smaller and gnarlier but we haven't been putting much attention out there. Too hot, too weedy, too buggy.

Why do fire ants love okra so much?

I've been...distracted and Mr. Moon has been busy.
His newest thing is that he's acquired a motorcycle. He intends to sell it but he wants to enjoy it a bit before then and it makes me nervous. Everything makes me nervous but this really makes me nervous. It just goes against all common sense to sit on something and ride it on extremely hot asphalt at speeds of over ten miles an hour. With no walls. Or seat belts. With cars and trucks sharing the same road. You could just have a spell and fall off, it seems to me, although I've never just "fallen off" a chair that I was sitting in, but still, it could happen.

Yesterday he convinced me to take a leisurely drive down to St. Marks with him for lunch and since I have a fairly fatalistic view about everything right now, plus the fact that food would be involved, I agreed. I never know what to wear on a motorcycle. It's not like I have any leather chaps or black t-shirts that say Biker Bitch on the back nor do I have leather fingerless gloves or even black boots except for a pair of pointy-toed cowboy boots that I've had longer than I've had Mr. Moon and they're sort of tight so I just wore my walking shoes. I wasn't even sure if my jeans would fit, it's been so long since I've had them on, but they did, and I put on a shirt and then for sun protection, I buttoned up a long, baggy, blue linen shirt over the other shirt and when I presented myself to my youngest daughter she looked doubtful.
"Wrong?" I asked her.
She nodded.
"Too flappy, you think?" I asked.
"Yeah," she said.
I left the room and she probably fell on the floor, choked with silent tear-producing laughter.
I put on a long-sleeved t-shirt and left it at that.
I managed to buckle up the helmet and get on the back of the bike and we took off down Highway 59 and Mr. Moon drove carefully and probably far more slowly than he would have liked to but he's being very protective of me these days and he didn't want to scare me.
We stopped at the St. Marks river and got off the bike and stretched and walked down to the water and observed the activity there. A little boy kept asking his father, "Daddy, do you like your boat? Do you Daddy?" The daddy never did answer.

We had lunch down at the River Side and it was okay. We had shrimp sandwiches with lots of Crystal hot sauce and iced tea and then we got back on the bike and headed home.

I had hoped that it would be somehow thrilling or that I'd recapture some sort of sense of fun and adventure but although I enjoyed the ride a lot, I mainly felt a bit removed from it all, just gliding by the trees and ponds, houses and horses, thinking strange long thoughts about how I have managed to be this person, this woman, living this life, taking this ride on a Sunday.

I came up with no conclusions.

We've been watching the Olympics and what I've loved the most so far was the parade of all the athletes during the opening ceremony. It seemed to me that these men and women are quite possibly the most beautiful humans on earth. Some of them came from countries so small that the population watching in the giant stadium was bigger than their population at home. Those faces reflected the most awe and wonder and shyness and I could have cried, thinking about all the different journeys that were taken to get to that place, walking behind the flag of your country with six or two-hundred of your countrymen or women, about to try and do something so hard that it's taken almost your entire life to be able to do it with enough skill and strength and grace to get to this point.

Every person at the Olympics has his or her own story and most of them so much more interesting and amazing than mine I can't believe it. Almost insurmountable obstacles and challenges overcome and entire lives dedicated to doing this one thing whether its swimming or diving or flying through the air or balancing on bars or running or jumping or whatever it is that each person does and here we are, sitting in our living rooms watching as beautiful human beings do impossible things with their beautiful human bodies and their beautiful human faces show their joys, their hopes, their fears and their frustrations.

And what all that has to do with riding a motorcycle down to St. Marks with my husband, I do not know, except that there are many ways to fly, many journeys to take and I have mine as you have yours.

The girl in the picture above is Elise Ray, a former Olympic gymnast and her mother is a midwife who delivered one of my babies. I was there when Elise was born and she looked just like a regular baby, beautiful as any of them and yet, she learned to fly. We didn't see her wings when she was born, but she had them.