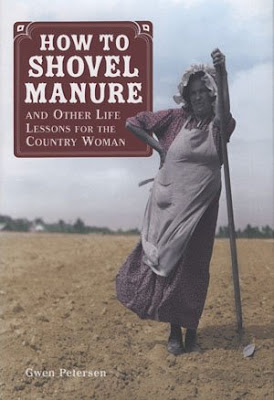 Okay. It's Labor Day weekend and so Mr. Moon and I will be going to the beach, sipping gin and tonics, lazing around the pool, having good ol' fried chicken and potato salad picnics, shopping for antiques and gazing into each other's eyes while sitting under the stars on the balcony of our room at a romantic B&B.
Ha-ha-HA!
No. Instead, we'll be digging out the foundation around a building we own that leaked during the torrential rains of Tropical Storm Fay. In the heat. In the humidity. Gulping warm water from a hose. Wearing gloves and sunscreen which will drip into my eyes and burn the crap out of them.
Yep. That's the glamorous life here in North Florida.

Okay. On to the next subject.
I can't stop thinking about this Sarah Palin woman. I hear there's a rumor going around that her Down Syndrome child is actually not HER child but the illegitimate child of her teenaged daughter. Right. Whatever. I don't care who actually gave birth to the child. Ms. Palin claims it as her own and what sort of a mother goes back to work when her premature, special needs baby is three days old? Maybe it's completely un-PC to say such a thing but really- is that the action of a woman who is adamantely pro-family? Who the hell is raising her kids? I don't think it's her husband, Todd. He has a job with the BP corporation.
I could go on but I won't.
At this moment, anyway.

Have all you heterosexually-inclined married couples started feeling the urge to get a divorce? If so, it's because Ellen Degeneris married Portia de Rossi. I just thought I'd point that out. So if you and your spouse are having problems, don't blame yourselves! It's those damn gay people getting married and threatening our legitimate, God-blessed unions. Heterosexual marriage was doing JUST FINE until the gays started getting married. Really.

Perhaps anyone contemplating marriage, whether gay or straight or whatever, should, as a test of their committment, shovel out the foundation of a building in North Florida on Labor Day Weekend. Any couple can feel good about a relationship if they're on vacation, lazing around a pool or on the damn beach sipping gin and tonics. But if you can survive hard labor fueled by hose water together, then you've got a good thing goin'.

Has anyone in the entire history of the universe ever been influenced to vote for someone based on seeing either that person or a representative of him/her waving a sign on a street corner during five o'clock traffic?
Please report in if you know the answer to this question.

Why, in my rural county, did Tropical Storm Fay manage to topple over giant trees but leave all the damn political signs made of paper and cardboard and flimsy wooden stakes standing intact?
And when are the candidates going to go around and collect these pieces of trash? The election is OVER, people.

And now I must end this and get to town because Mr. Moon is stranded at Home Depot with a locked truck and I must take him a key. After I put on my overalls and sunscreen.