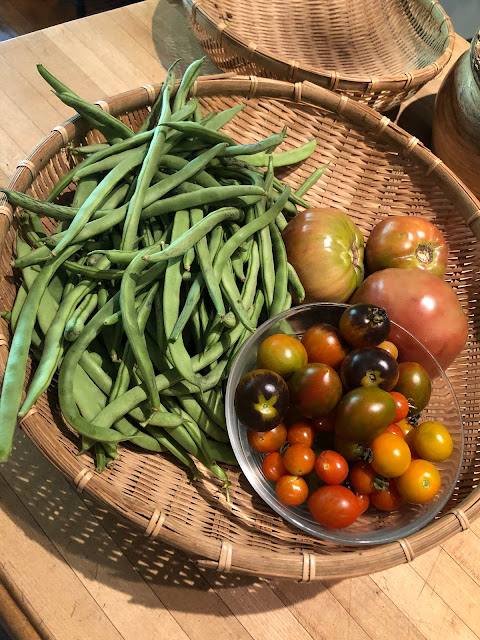 Remember last weekend when I picked my first four eating-sized green beans? Well, here you have today's harvest. It filled a gallon zip-lock bag. And inbetween today and last weekend there were more than enough to add to the chicken and dumplings.
Rattlesnake beans for the win again!

What a day. I am so tired. I thought that I might kick-back today, take it easy but my grocery list had grown so long that I was having to use the back side of the index card and also I wanted to return the blender device that I'd bought last Monday. I bought one with way too many features and functions for my needs and purposes and it was insane. So with Owen's help I packed everything back up in the box which was  approximately five hundred parts, and I was itching to trade it in on a plain old blender. I'm still thinking I'm going to find my old blender base which will be fine because then I'll have a spare.
But before I went to town I did a few loads of laundry, hung everything on the lines, picked the produce you see above, put clean sheets on the guest room bed in preparation for Lis's visit, and cleaned a toilet.
Pro Tip: A toilet that is used by five grandchildren over the course of a day is going to need cleaning. Badly.

I also checked out my fig tree which I hadn't even bothered doing for weeks because no matter how promising it looks in late spring, by the time it's ripe fig season, all of the fruit on that tree will mysteriously have disappeared, whether to birds or squirrels or drought or whatever, I do not know. However, this year I have a small kernel of hope within me. There is SO much fruit on the tree. 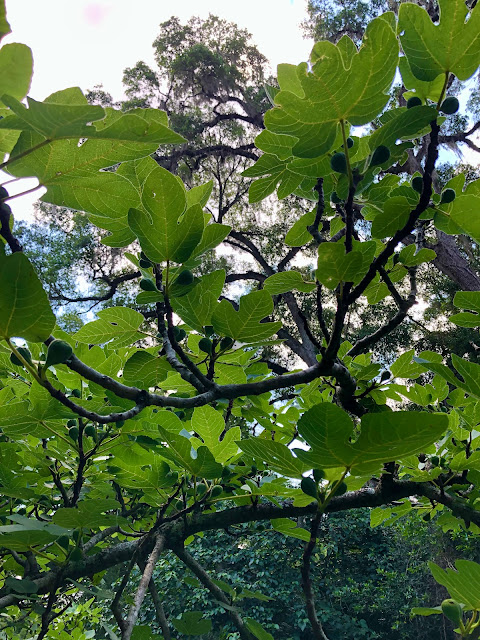 I am hoping that since the huge piece of the old oak tree behind it fell that it is getting enough light to bring those figs into fruition. We shall see. There is very little more delicious than fig and lemon preserves. If I could only get a few small jars of them I would be happy.
So after all of that I got dressed in my shopping-appropriate clothing and went to Costco where I stood in line to return my many-purposes blending device. The woman behind the counter asked if I had ever used it. No, I had not, I assured her. She then went through the entire box and could not find one piece that had been shown on the front of the box but which mysteriously had not been part of the contents. I showed her in the instruction pamphlet that it was not one of the parts listened. She accepted that official illustration as proof. I got a gift card to Costco for the amount I'd paid for the thing and in the course of the next fifteen minutes I'd acquired enough stuff in my basket to have to pay them more money than the gift card covered. This was no surprise. I purchased a different blender which was JUST a blender along with some food items. After I checked out I had to go and have a short chat with the man who is almost always in the liquor store whom I enjoy talking to so very much. I was told last week that he will be retiring in January which sort of devastated me. Talking to Kevin every week or so is about fifty percent of my social life. He is just the nicest guy and we have had some very, very interesting conversations over the years. Everyone loves Kevin. He makes every customer feel special. He really does. He told me today that he's just ready to live his life without the constraints of a work schedule. He's got social security (I did not think he was old enough but he is) and a pension from another job and he's good to go. He is READY to go. I told him I understood but that a whole lot of people were not going to be happy to hear about this.
Well, so it goes.
Then on to the library where I shamelessly eavesdropped again, this time first on a group of about half a dozen women who made a circle in the new fiction area and prayed. They assured their god that they adored and trusted him and loved his son. Repeatedly. This was a library first for me. THEN, I listened to a conversation about genealogy that three women were having. I am starting to get a little bit interested in that topic myself so this was more research than nosyness.
Sure.
And then on to Publix! I swear, everything I wanted was on a shelf that had at least one or two people already standing in front of. I grew a bit testy. But every item on my list was finally crossed off and I checked out.
Drove home, hauled in the groceries, put everything away, got everything off the line, folded it all, put it away, made up our bed with the clean sheets. And now here we are.
Mr. Moon is at some sort of celebratory gathering that I was invited to but I don't know the people involved and besides that, I just don't do things like that anymore. "Tell them I suffer from social anxiety," I tell him when these things arise. It's true. Plus, the laundry wasn't going to get folded and put away by itself, was it?
Jessie and Vergil and August and Levon are on the road. Vergil's in his truck with August, hauling the RV that will be their home for two months, and Jessie's in her car with Levon. May they have safe travels. My heart is traveling with them.
Oh. Here's a picture of Violet and Pansy. 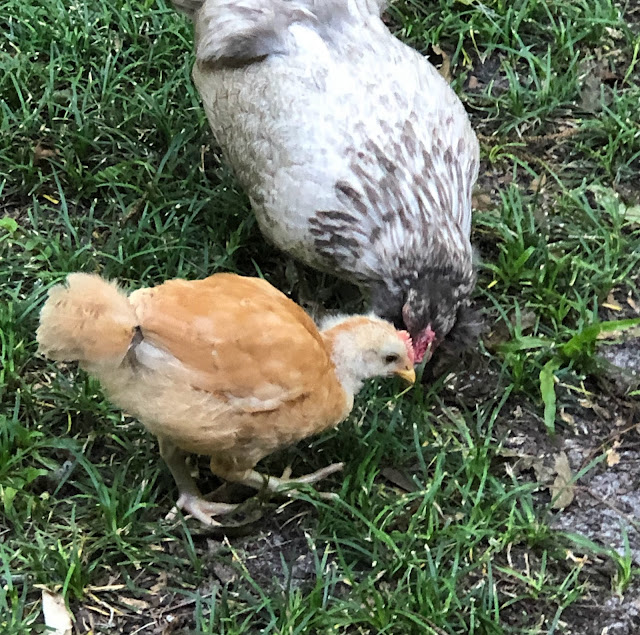 The bebes are growing up so fast. Look at that little comb.
Anyway, love from Lloyd. 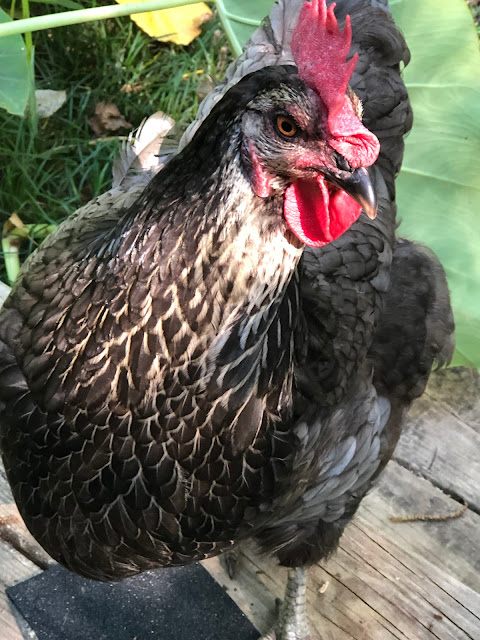