Busy As A Little Bee. Not Really 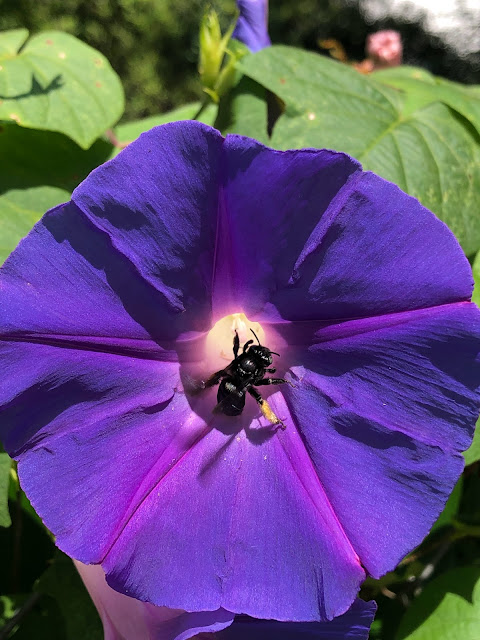 I took a walk this morning and wisely forced myself to walk a bit slower than usual and by doing so, I not only did not die but I was also able to cover more ground. It was hot but again, the humidity has not been as bad and I was glad to be outside and moving.

That picture is a bit of a miracle because:

A. It's so bright out that I can't even really see what I'm aiming at, and
B. Bee.

I knew there was a bee because I waited for it to enter that velvet tunnel but the odds of getting that fine of a shot as it exited were next to nothing. I was shocked when I got home and looked at it. Those are a neighbor's morning glories. I love them so.

Some of the morning glories were climbing into some crepe myrtle which appears to love hot dry weather. It seems to be stunningly vibrant this year. 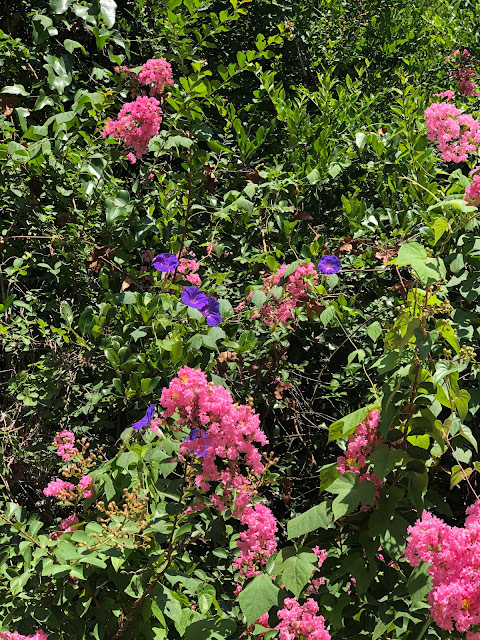 I walked up to the GDFDG and got a few shots. 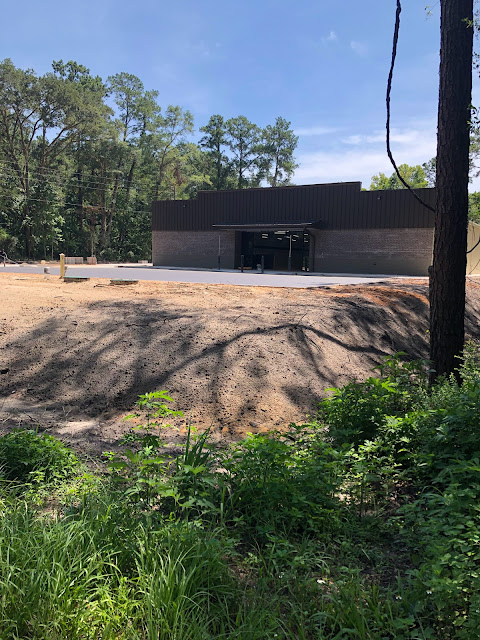 Obviously none of my attempts at halting the project have done one bit of good. The lights are on, baby. Nobody's home yet but they will be. 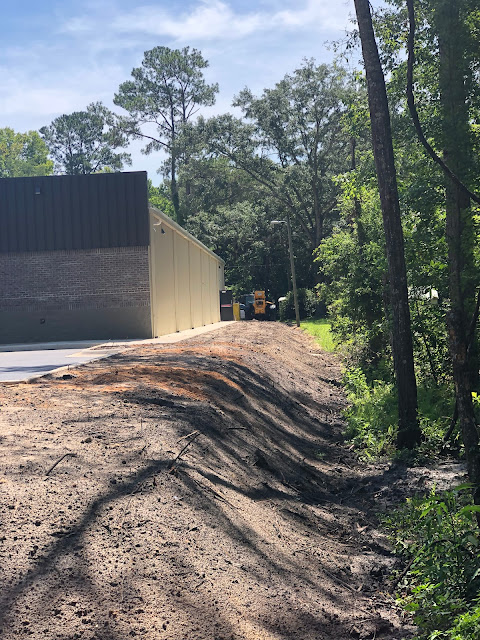 Nice fill dirt, right? And that is how they will prevent the place from washing away. I still harbor evil thoughts about what could happen during a tropical storm.
Anyway...
I walked on over to Main Street and passed what used to be a sort-of trailer park which is right across the road from the post office. It was there when I first lived in Lloyd in the late seventies and I'm sure it had already been there for quite awhile. One of the trailers, now abandoned, had some gorgeous hydrangea blooming in front of it near the road and I helped myself to some. I brought them home and have them in a pitcher-vase, hoping that they will root. 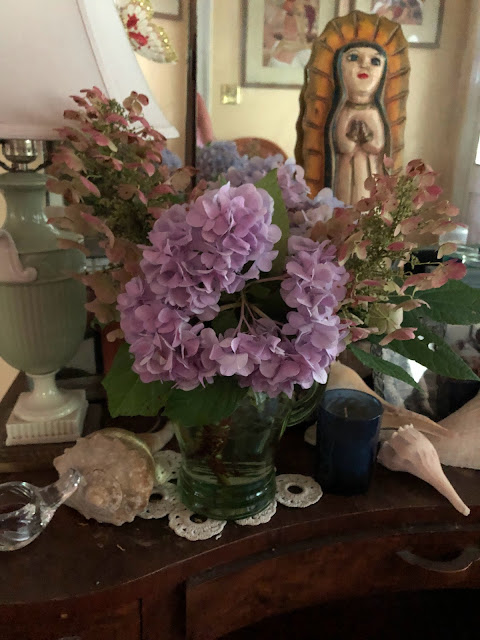 You can see that there are two types there. The purple ones are French hydrangea, I think, and the others are oak-leaf hydrangea which are a less domesticated version. They are, to my eye, so elegant. Both of them.
And so it's been a slow, easy day for me. I've hung laundry, I've done some ironing which we all know is just a good excuse for me to watch TV.
And now I'm going to make another shrimp salad. This one with shrimp that Mr. Moon bought on his way home from the coast yesterday. When they came in, Chip hugged me hard and said, "I am so, so sorry," and I knew he was talking about the supreme court decision and I cried. It is good to know that there are men who understand, at least as much as they can, what this decision means to and for women.
And yes, I saw that today they busted out the first bricks of the edifice of the division of church and state by saying that some shithead Christian high school coach can pray on the football field after a game and invite others to join him. While he's on coach time. While he's being paid.
Anyone who believes that their god gives a flying fuck about whether or not their football team wins or loses is, in my opinion, an ignorant, superstitious ass (to say the least) but that has no bearing on this supreme court who should have thrown the case out to begin with. And let's not even mention the fact that Jesus himself told people not to pray in public. But these people haven't actually read a Bible, have they?
Well, there you are. Today's report from the enchanted land of Lloyd, Florida. 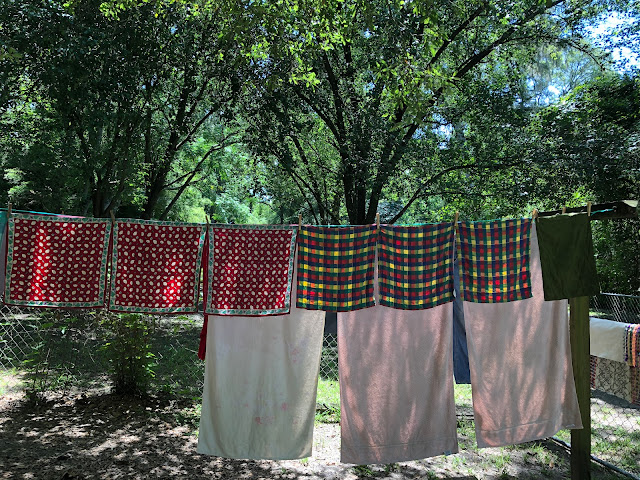