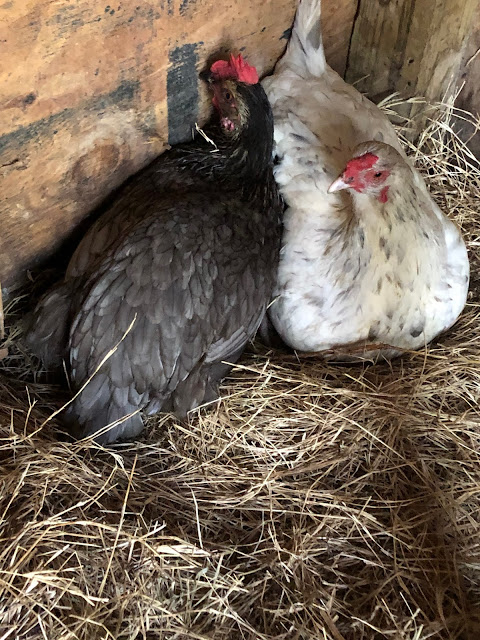 When I went to clean the hen house I found both Grace and Darla sitting on the same nest. Silly girls.

Jess and the boys came over today and before long, it had been decided that they'd take the small boat to the St. Marks river and go for a little boat ride. I just didn't have it in me to go. My foot still hurts and I simply wasn't up to it. So I stayed home and rested. Mostly. But the adventurers had a grand time. Here's a picture Jessie sent. 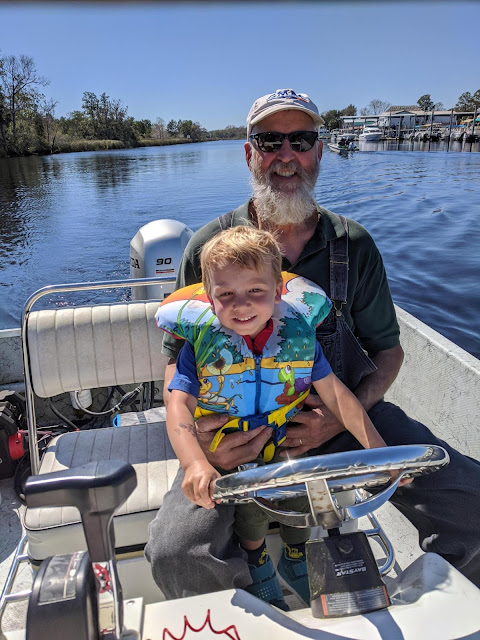 Mr. Moon said that he had a whole lot of steering help. I told him that I can hardly imagine that he had to do any steering at all.
I hung out and embroidered (if you can call it that) and watched episode 2 of Farrow vs Allen and I have a lot to say about that but now's not the time.
I will just say that viewing the world through my newly ignited and enlightened lens of the patriarchy is not soothing to the soul. As if I needed any more accelerant on the constantly burning fire of hatred I have in my soul for pedophiles.
The folks got home from the river just a little while ago and August and I read a book and then he climbed the cherry laurel stump. 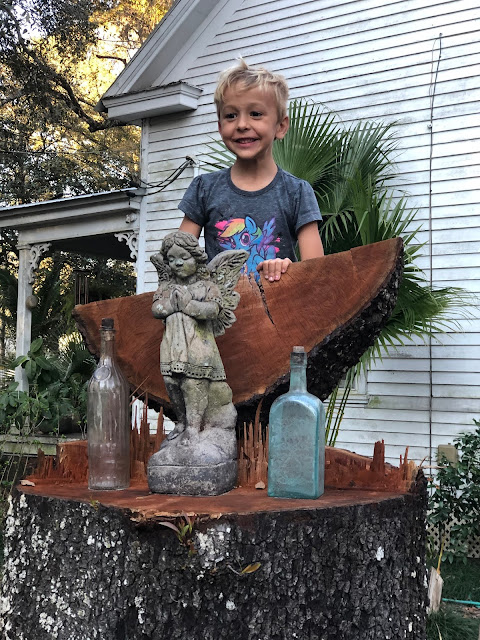 He's grinning like that because I told him to smile and also because his mother expressly forbid him to climb the stump.
This morning, while they were getting ready to go, Levon was climbing the back of the truck and almost fell but caught himself with one hand as both Jessie and I made a lunge for him. And then he said, "Oh GOD! Look at that hang!"
And we both about died laughing.
So that's it for now. Time to make supper. I'm always late with supper no matter how much I preplan and pre-prepare. I make fun of my husband for what we call "Glen Time" which is how he always thinks that something can be done in an hour when it will actually take a day or two, but I'm the same way about cooking.
One more picture. This is what chickens can and will do to a tray of cherry tomato plants. 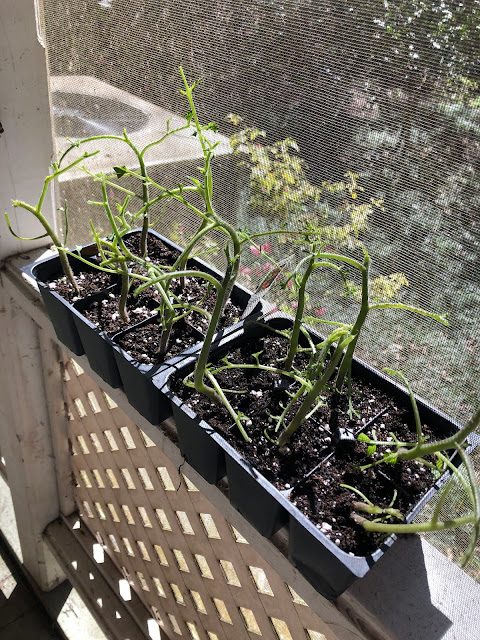 Dang little assholes.
We love them anyway.
And who knows? Maybe they'll survive and go on to thrive.
Love...Ms. Moon
Posted by Ms. Moon at 6:24 PM