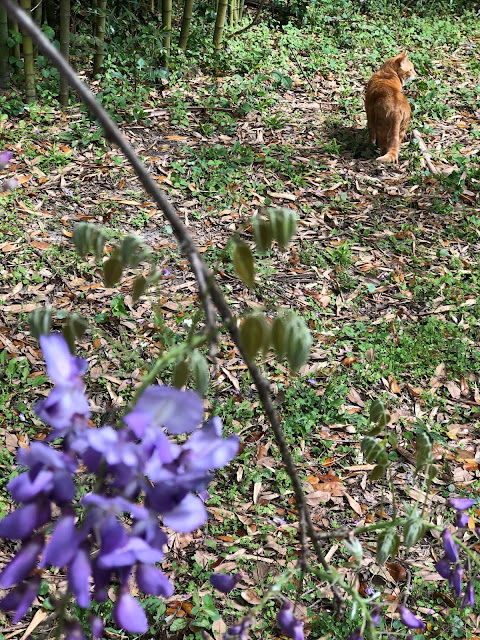 I realized last night that if my foot doesn't start showing more sign of improvement, I'm going to have to go see a doctor. Those of you who know me understand how gravely serious this is. I NEVER voluntarily go to a doctor except for my annual check-ups and doing that is enough to stress me out for months ahead of the appointment. But as I have discovered in the fast few weeks, feet are incredibly important. I know this in theory, of course, but when every step becomes a Little Mermaid moment theory turns into painful reality.

So. Today I did very little, and rested it as much as I could. Mr. Moon got up early to go to Orlando to pick up a wrecked car with an engine in it that he wants for that other car he bought in Texas that has no engine. I can't even remember what it is now. I did only the most basic things. I didn't hang the clothes on the line because toting a basket of wet laundry is probably one of the worst things I could do. I used the dryer and it hurt my soul. But, it didn't hurt my foot.
However, I had to take a short stroll around the yard to see what was blooming, to kick a few bamboo. And I need to stop doing that as well but...

Maurice strolled with me, pretending all the while that she was not, in fact, the least interested in what I was doing but just happened to be going my way.
In the picture above, I had just taken a photo of the wisteria when I saw her. 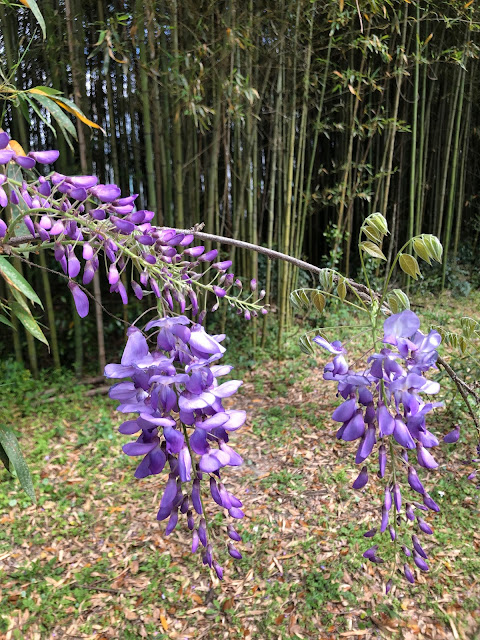 It's just so pretty even if it is an invasive pest.
I specifically wanted to check on the tung tree. I'd seen some blooming on my way into town the other day but mine hadn't started opening then, being in the shade as they are. But today I found this. 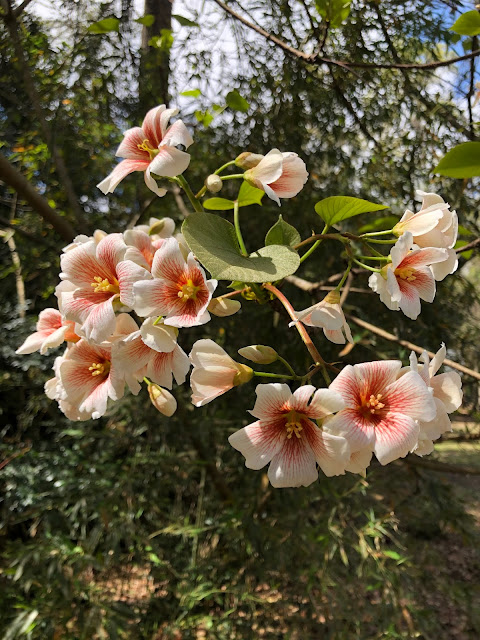 Another beautiful invasive. The colors of these blooms knock me out. What could be prettier?
Maurice thinks so too. 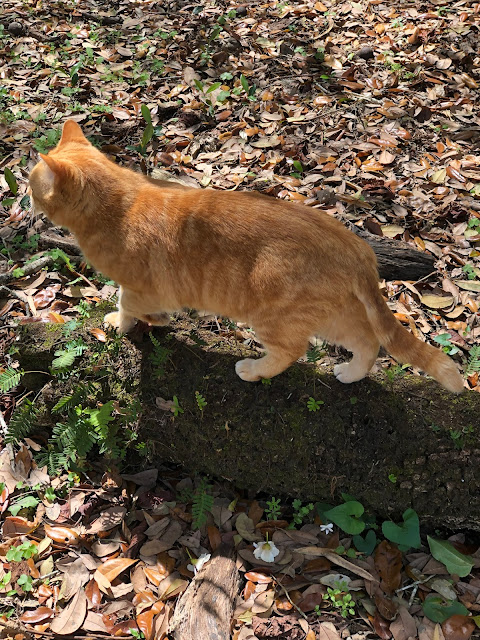 My little lion.
And the rest of the day I have mostly been sitting and at one point, I even laid down on my unmade bed with my comforter and took a little nap which is something I haven't done in forever. I was reading and my eyes got so heavy and it was pure luxury to just close them and drift away, to sleep until I wanted to get up. For all I knew I could have slept for ten minutes or two hours.
I really have very little else to talk about today. I'm trying to process the anti-Asian racism which has been so dramatically and tragically brought to the forefront of our consciousness. I am going to be honest here- I have been woefully unaware of this issue and I have no idea why. Have the issues of homophobia, racism against Black people, and the eternal sexism and misogyny of men taken up all the band-width in my tiny white woman head? I mean, I just read Ali Wong's memoir and of course she talked about issues she's faced due to her race. But, but, but...
I don't know.
I have a lot of learning to do about this subject. And I do believe that racist misogyny is a real thing. Asian women are very much fetishized and I don't think you need to be in the least bit woke to realize that.
The one thing that has not surprised me at all is that the killer, being a white man, was taken into custody unharmed even though he was armed. Dang but police are so good at capturing white boys without damaging the goods! I mean, it's like they have a special skill or something!
And then they claimed that he'd been having a bad day.
Whoa! I've had thousands of bad days in my life and never once have I had to kill anyone. I may have thought about it, but I haven't.
What bullshit.
And then of course there is the matter of the easy access to guns we enjoy here in the US.
Enough of all of that. Me sitting here talking about it isn't going to change a thing.
I think I hear Mr. Moon pulling into the yard...
Yep. I sure do. I better go kiss him.
Happy Friday, y'all.
Love...Ms. Moon
Posted by Ms. Moon at 7:01 PM