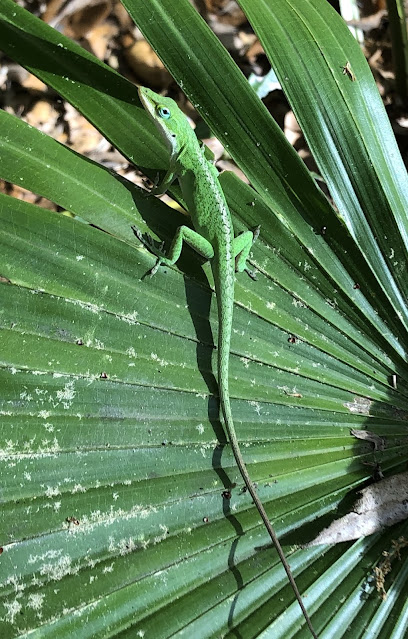 I woke up this morning and realized that whatever energy had propelled me yesterday was completely missing today. I looked at my vat of collards and said, "Fuck that shit."
I mean, really- I still have enough collards in the garden to take care of our collard needs for quite awhile and if I decide to put some of those up I can.
At some future date.

I just feel old today. Like it's time for me to let the world spin on its own for awhile. It's gotten hotter, eighty-something, although tonight it's supposed to get down to the forties, then be down in the thirties for a few nights, not even getting up to seventy in the daytime.

Meanwhile, I've got my air conditioner on although I'll turn it off before we go to bed. I know that Mr. Moon will be hot and tired when he gets home. He's been helping Lily whose water tank for her well has sprung a leak. I can't even imagine that his day has been like. He never stops for anything, that man.

So I've been lazy today. I took the trash and went to the post office because I knew I had a package there. I ordered a linen dress on major sale and was very excited about it and when I opened it, I discovered it to be absolutely lovely, the fabric luxurious and finely spun but I ordered it in a size at least one bigger than I need and it swamped me. I'm returning it and hoping they can send me another. Women's sizes are so ridiculous. One company's large is another company's small and a different company's large is another company's tent. I remember once being at Ross and overhearing a woman talking to another woman. She was holding up a dress, looking at a tag and she said, "Large? Large what? Large snake?"

I did go out and kick some bamboo because I live in huge fear that I'm going to wake up and find ten foot tall bamboo growing all in my yard where I don't want it growing and that's not an idle fear. But I also took a long nap which is unusual for me these days. I started a loaf of sourdough last night and I swear- baking bread for me is like gardening in that I've been doing it most of my life and never do feel like I know a damn thing about what it is I'm doing. The dough I made up that I just baked had more whole grains in it than my usual loaves and it did rise beautifully but I let it go too long before baking it and it's a rather flat loaf. 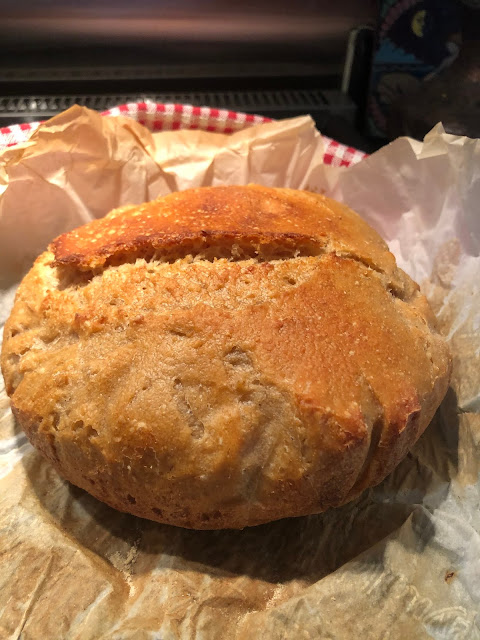 Today is Transgender Day of Visibility. Even as Joe Biden released a presidential proclamation honoring that, saying, “Transgender Day of Visibility recognizes the generations of struggle, activism, and courage that have brought our country closer to full equality for transgender and gender non-binary people in the United States and around the world," individual states are trying to pass legislation limiting protections for trans and queer people, like my own son who is quite out as a transgender man.

Dear god, I love Joe Biden. I love my son. I love the trans people I know who are some of the most precious people in my life. As a meme I read today said, 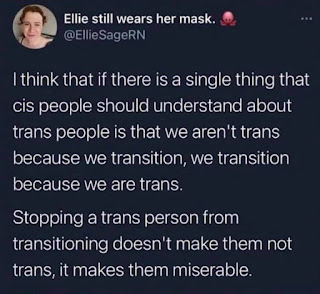 And I will add that it doesn't just make them miserable, it can make them vulnerable to death by suicide among many other horrible things.

And as Hank said today in a FB post, "We're the current bogeyman of choice."

Well, as I said at the beginning of this post, fuck that shit.

And please know that if you are LGBTQ or a person of any gender non-conforming kind and your family doesn't recognize or see or accept your reality, I'm here for you.