Party Time At Mer and Bop's 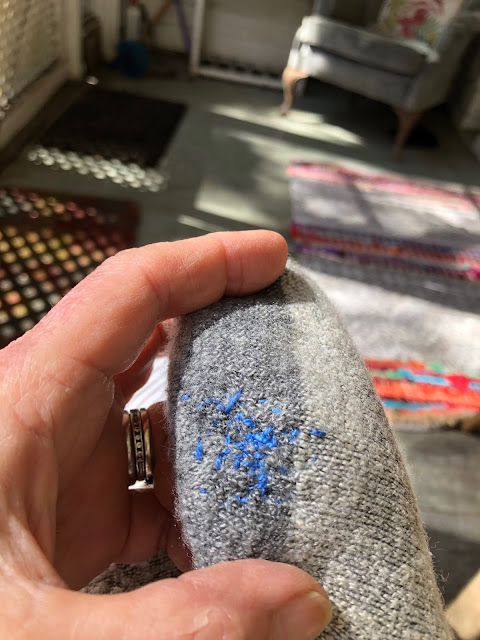 Last night we had an excellent martini-time chat with Lon and Lis, catching up on stuff, discussing world events, solving world problems, philosophizing and so forth. At one point, Lon said, "Can I ask y'all a question?"
"Of course," we said.
"Have your expectations about what you can accomplish each day changed since the pandemic?"
Oh. God. Yes.
We agreed that if we get one thing accomplished we feel as if it's been a successful day.

See that sock up there? That was my accomplishment today. I darned a hole in it. I've had a darning egg for many years but never actually used it and had to watch a YouTube video on how to darn and I didn't have actual darning thread (I used cotton embroidery thread) and that sock is so thick and wooly that it was like trying to mend a hole in a sheep, but I enjoyed it.

Mr. Moon got some potatoes planted and I did a little weeding. He also did some car business. Right now he's doing this. 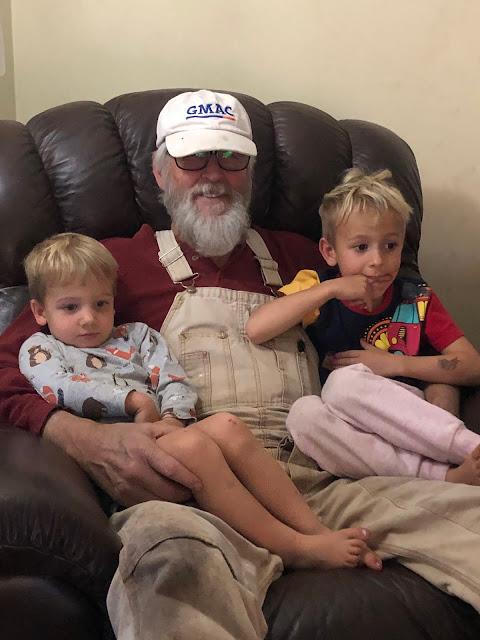 The boyos are spending the night and just got dropped off. They are thrilled. Jessie got Levon a folding mat bed just like August's and he's excited. They'll both be sleeping in Mer and Bop's room and it will be a cozy night. I hope Levon sleeps past five. Jessie has called a moratorium on the no-gluten/no-dairy thing so we can have pancakes in the morning. Hurray!
And now I better get in there and make spaghetti. On my old stove. No gas guy today. I suppose this is good because I've now had time to go through the owner's manual. The model we got is so simple that there's really not that much to know. Here are the only two display lights on the whole thing. 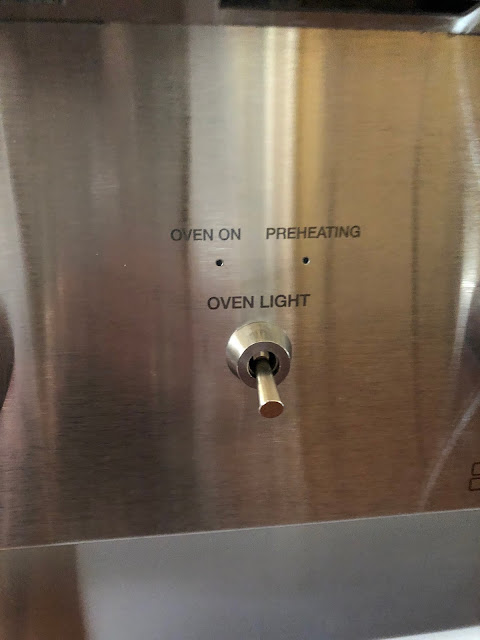 Also note the toggle switch to turn the oven light on.
I do still need to figure out the difference between "roast" and "bake."
I suppose that eventually I will.
Y'all be cozy tonight too.
Love...Ms. Moon
Posted by Ms. Moon at 6:03 PM