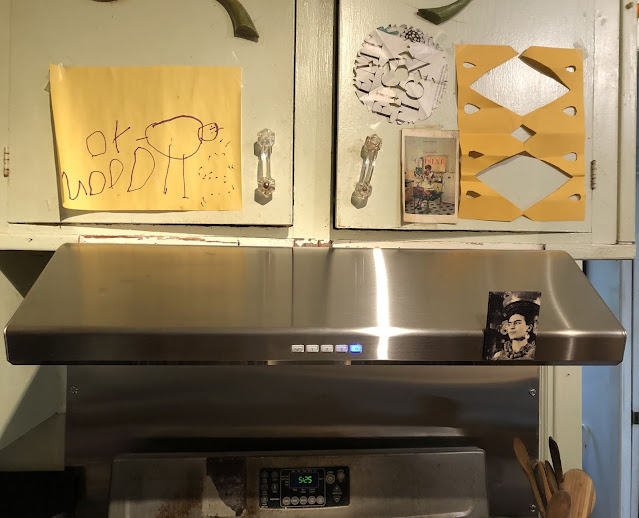 Well, the stove is still sitting in the hallway, taped and packaged and sealed. By the time Mr. Moon called the gas guy to tell him that we were ready, it was too late to schedule us for today. I do not know if he works on Saturdays so it may still be a few more days at least.

It's okay. It's all fine. It's better than fine. We finally got that damn range hood figured out and installed. That took eons. And the sucker is heavy. Mr. Moon had to cut a little piece of metal to go in it, carve out some of the cabinet it butted up against, tape down wires, and a lot of other stuff. We finally figured out how to fit it in but then it had to be held there so that he could attach it with screws. I suggested calling our neighbor to see if he'd lend us his arms but my husband figured out a way to prop the back of it up with a board and I could hold up the front so that he could get the screws in.
Success! Finally! And then he hooked up all the electric stuff- the lights and the fan, and we are good to go. The only hitch now is that there is a little dent in the front where one of us (not me, thank god) must have banged it but it is easily covered up with a Frida magnet which I probably would have put up there anyway.
Unlike my old range hood, this one's fan actually has sucking power. There are three speeds, all of which could probably pull my hair out of its barrette. One can use either one light or two and with both of them, I could perform surgery underneath if I knew how to perform surgery.
Which I do not.
Anyway, the kitchen is back in order, the old stove is in its nook so that I don't have to cook supper tonight in the middle of the kitchen like I did last night and I am grateful for it all. I'm even grateful for the experience of helping my husband install that range hood. It was frustrating and difficult but we did it together and I tried to be a good helper. We never lost patience with each other, we laughed a lot.
And we did it. And of course, mostly he did it and once again I am amazed at his knowledge and skills when it comes to things like carpentry and electrical stuff.
He's a gem.

Steve Reed asked me to post a picture of the little religious icon I found under the stove when we pulled it out and here it is. 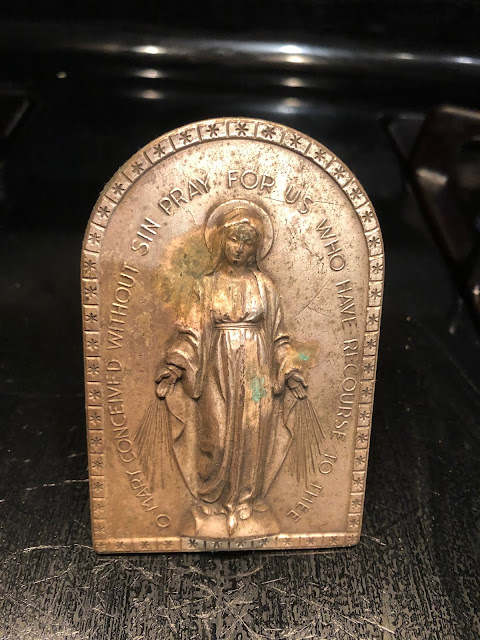 I don't even have the words to express how sad I find it that Catholics refer to their goddess as she who was "conceived without sin." As if love-making is sin.
Ah well. I'm not here to discuss religion tonight but here's a post where I wrote about the subject eleven years ago.
It's martinis and clean sheets night, y'all. At least here in Lloyd. 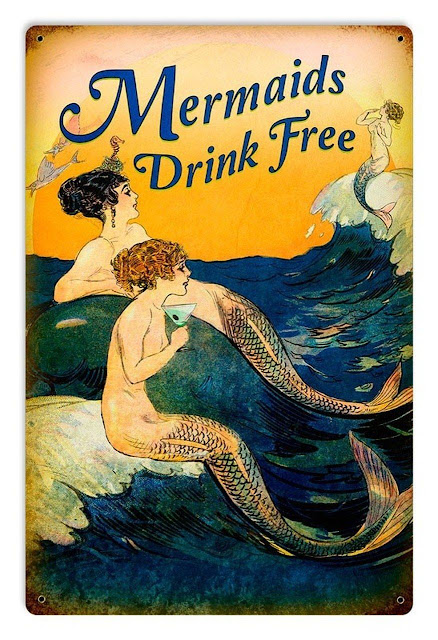