Time To Discuss The Stones A Little

I have zero pictures today. The sun shone zero times. I did zero laundry. However, I did gather eleven eggs and a nice basket of spinach. I worked on August's blanket which, at this pace, should be done before he gets his driver's license but not by much. I watched about three episodes of Call the Midwife.
Let me stop here. WHO THE HELL IS DOING THE MAKE-UP ON THAT SHOW?
I think it could be Donald Trump's make-up artist. Everyone has orange powder caked on their faces. Even the nuns. I'm sorry but English nuns should not have orange faces. Their faces should match their whatever-those-things-they-wear-on-their-heads are. You know- those white nun scarves. Especially nuns who are midwives because midwives spend a great deal of time indoors, waiting for babies to arrive.
Just my opinion.
I still love the show, though. They sure have covered a lot of ground on it throughout the years. Today's viewing included contraception for unmarried women, abortion, prostate cancer, Downs Syndrome, adoption, sex addiction and venereal diseases (those two went together), faith, fear, the Olympics, and probably a few other things.
I'll never forget the time I was watching and the doctor's son asked if he could go see the Rolling Stones play. This was jarring, but historically accurate as to time and place.
Those boys have been around a long, long time. 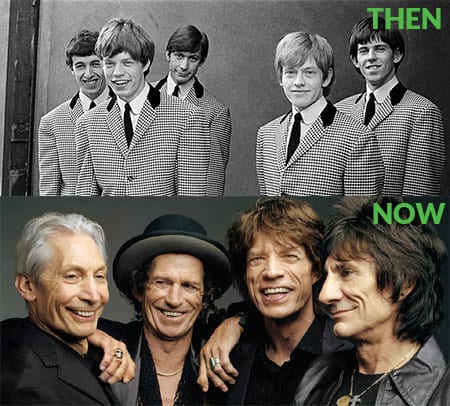 There you go. Of course, that's not really now. The "now" photo was taken a few years back. Here's the most recent picture I've seen of Keith recently. 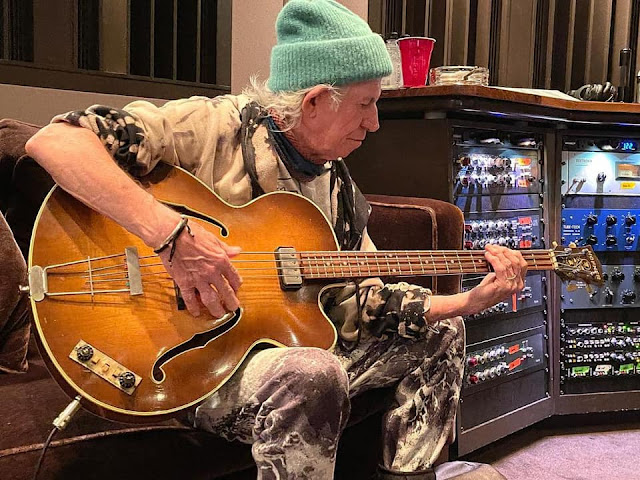 I hope he's gotten his vaccine. I still hope he outlives me.
So. Let's see. What else?
Well, I'm going to make pizza tonight. Mr. Moon will be watching the Super Bowl, all by himself, poor thing. I couldn't watch that game if I tried. No, really. I just can't watch sports on TV. Maybe basketball. If I had to. Or someone was paying me.
A lot of money.
I just went down a little rabbit hole of watching the halftime show at Super Bowl 2006 because that was the year that the Stones played. It was pretty awesome. I'll never forget watching it here with our neighbors, including their daughter who was about ten at the time. She was really getting into it until they did a close-up of the boys' faces. "Why are they so OLD?" she asked.
Because they didn't die, would be the answer to that.
You can watch it here if you have any desire whatsoever.
Ah well. Obviously I don't have anything to really discuss of deep importance. Here's a picture I just took of the spinach and arugula which is going on the pizza which I better get off my ass to go make. 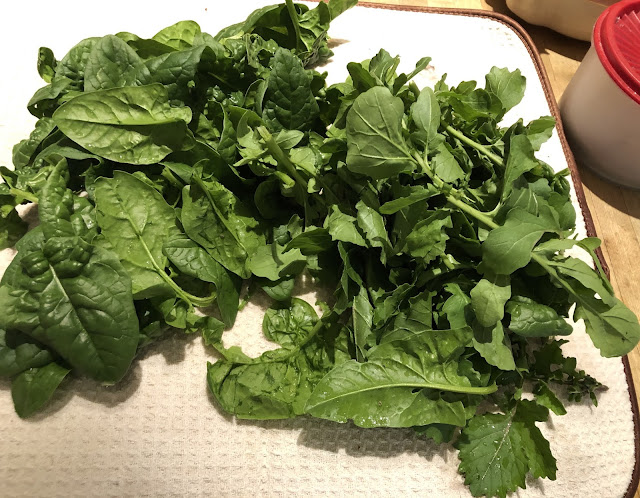 How pretty is that?
Some things are best at their freshest and newest and some things just get better and better with age.
You can quote me on that.
Love...Ms. Moon
Posted by Ms. Moon at 6:32 PM