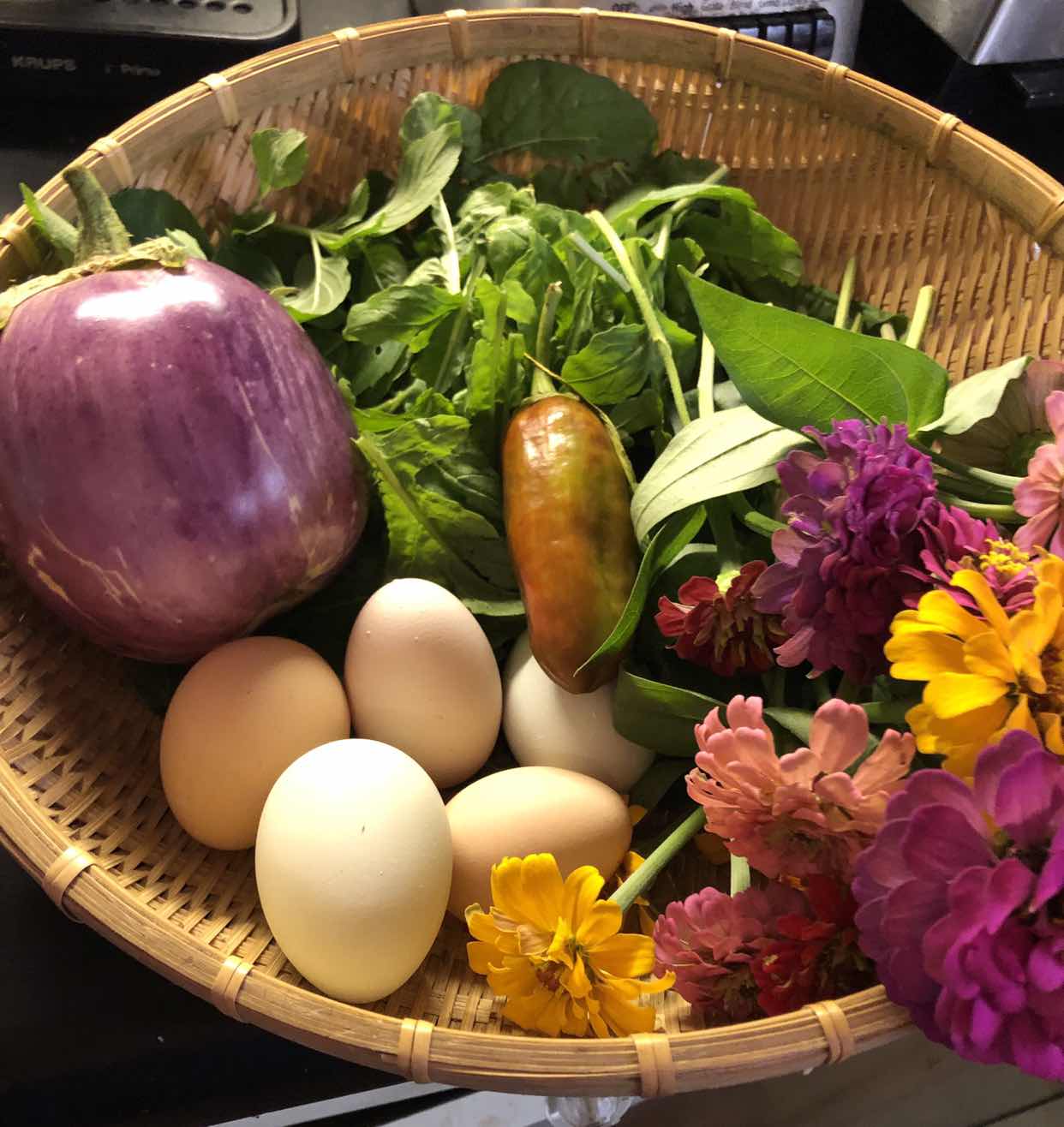 That’s my pathetic little harvest tonight. There are a few more eggplant growing that I’m going to leave on the vine to give them the chance to swell a bit. The greens are arugula and basil that are going into tonight’s salad. The eggs are- well- you know. And the zinnias are for joy, the little pepper for spice.
I’ve had a good day today. Lily and Maggie and I met for lunch and it’s so different being with Maggie without the boys. I have to say (and please forgive me) that she’s a bit more civilized. It’s probably mostly a matter of when she’s with her brothers she has to constantly make sure that she is getting everything they’re getting whether that be French fries or attention. I feel a definite vibe of being three ladies when it’s just Lily and Maggie and me.
We also went to Big Lots and that was fun, especially playing with all the light-up, action Halloween things. Halloween decorations have definitely gotten way more exciting since I was a child. I sort of love these skeleton hands coming out of typewriters to type, and howling wolves, and creepy children on rocking horses who sing eerie versions of Ring Around The Rosy which is a creepy song on its own.
All of that was good and I went to Costco and then came home and ironed and watched some more of the docu-series “The Family” and cursed them as I blasted wrinkles with steam and heat.
But aside from having a government infiltrated with a secret Christian society which has tentacles around the world and a president who thinks he can buy Greenland, I am surprisingly content and feeling almost, sometimes, sort of happy.
Man. It’s fucking weird.
But I like it.
Here’s a text that Mr. Moon and I got from Jessie last night: 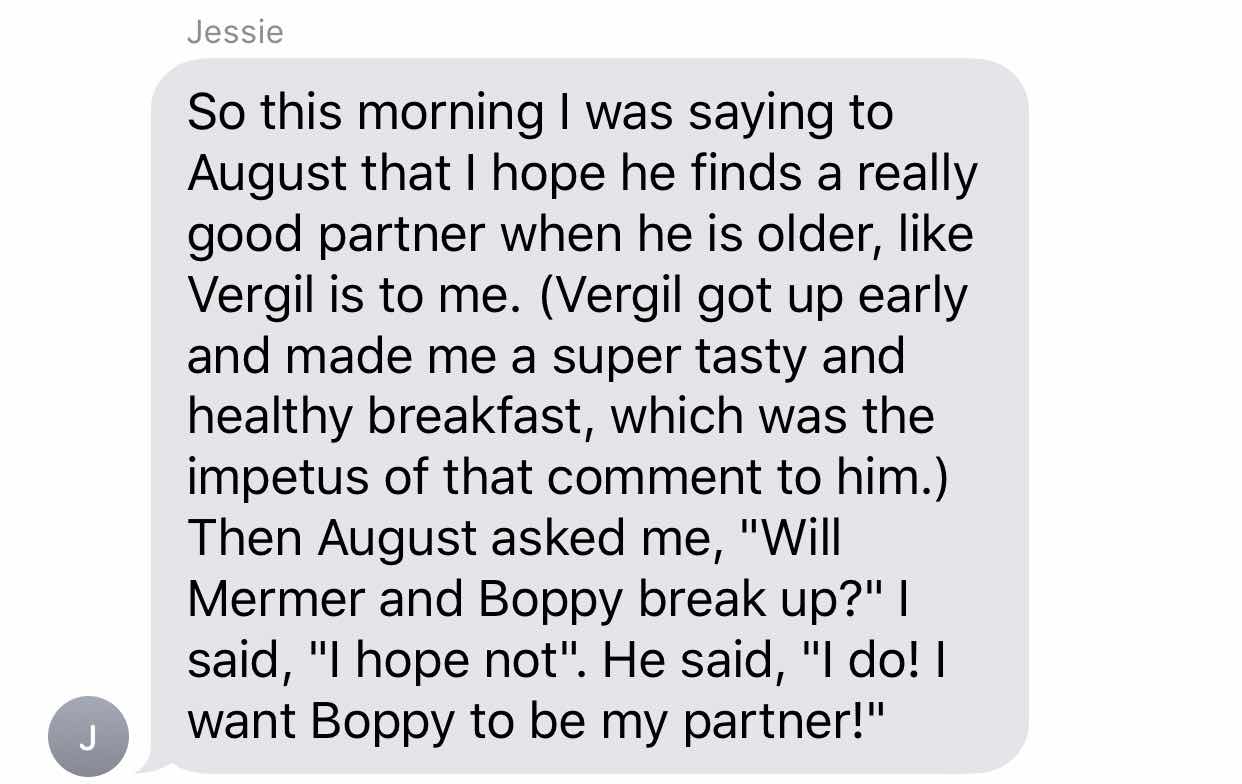 Glen and I laughed and laughed.
I told my husband that if that happened I’d probably still be expected to show up every day and cook and do laundry. And Mr. Moon added, “And read stories and change diapers.”
And this evening I actually talked to the boy on the phone where he somewhat redeemed himself by telling me that he loves me as “big as Boppy.”
Well, that’s pretty big.
And it’s obvious that Boppy has achieved almost mythological status in the eyes of his grandchildren. Which is at it should be.
I’m still without my MacBook so I’m neither commenting on blogs or answering comments on mine but please know that I am reading. I do love my phone but it’s not the best for all things.
In the grand scheme of things, it’s not a big deal. However, like happiness, it’s sometimes the small things that matter.
Life on earth as a human being. It’s huge and it’s so microscopic as to be laughably meaningless.
In other words- confusing as hell.
Love...Ms. Moon
Posted by Ms. Moon at 7:18 PM