I Think We Know What Side He's On 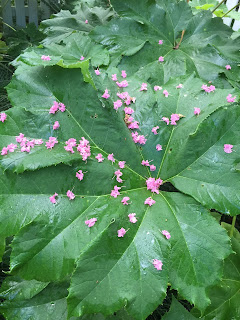 This picture has nothing to do with anything but I like it. So there you are- your nature picture of the day from Ms. Moon.

Now. So.
After reading that obviously not-written-by-him statement yesterday (I was amazed he knew how to say "egregious") as if he had a gun held to his back, DT showed his true colors today at a press conference saying once again that the violence in Charlottesville was the fault of not only the alt-right, but also the "alt-left and" we'd know that if the media had reported the truth of the matter.

How many times can this man fuck himself in the butt and still remain president? He's pissed off everyone BUT the white supremacists, Nazis, and KKK. Those guys are thrilled.

You know what I think? I think he knows that the result of Russia investigation is going to be that he goes down in flames and probably ends up in prison and this is all just a smokescreen.
Not that I don't think he's a white supremacist himself. I do.
Honestly, I don't know whether it's the smokescreen thing, that he's evil, that he's delusional, that he's insane, that he's dumb as a bag of hammers, or all of that.
Probably all of that.
And anyone who voted for him is at least delusional, dumb as a bag of hammers, and insane.
I'll leave "evil" up to the individual situation.

Well, as Hank said on Facebook today, "That happened."

He also posted a picture of me from when I was about six. 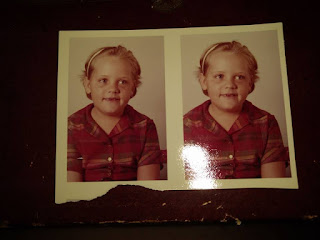 The roaches have obviously been at it.
As I said in my comment to the picture, "Who the hell was doing my hair?"
I think that the answer might be, "No one."
I can remember jamming those plastic headbands on my head to push my hair back, the little teeth gripping my scalp in such a satisfactory way.
And what a good look.

What else is on the big wheel to talk about? Nothing at all compared to what's going on in DC. I mean, I shelled a bunch of peas and I picked more. I am running out of room for eggs. The roosters, as we speak, are calling in the hens and trying to fuck them all. I had to go to town again today to sign some papers. I went to the library and checked out a biography of Hemingway. I am making field peas and okra and tomatoes and cornbread for dinner. My thoughts are as scattered and unfocused as those crepe myrtle blossoms in that top picture but not nearly as pleasing. I want to cry and I want to laugh and I want desperately to wake up and find that Hillary Clinton is the president.

I recommend that you go and read Angella's post from tonight if you haven't done so already.

Love and respect. Coming together for the joy of art. Defining pride as that which is earned.
The blues. And maybe most of all- honesty.