This Sunday Did Not Suck 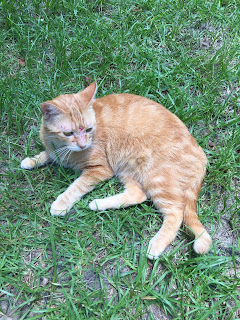 Dang but it's been a good day. I had such a good time with Lily and Owen and Gibson and Maggie and Billy and Shayla and Waylon. We ate pancakes and quiche and watermelon like we were getting paid. Oh, and bacon. Lots and lots of bacon. Funny how often I make too many pancakes but never, ever do I cook too much bacon. 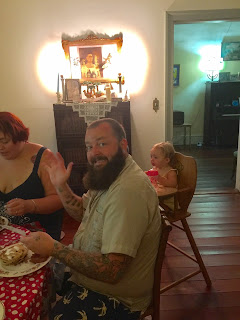 We went outside and the kids fed the goats various leaves and vines and Owen climbed his tree. 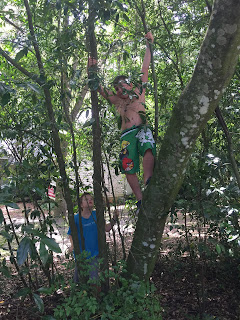 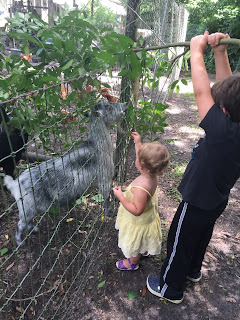 Gibson is strong enough to hold the tree branch for the goats now!

Once we'd all thoroughly been exposed to malaria and Zika and got tired of smashing mosquitoes we came back in and had a pickle tasting. 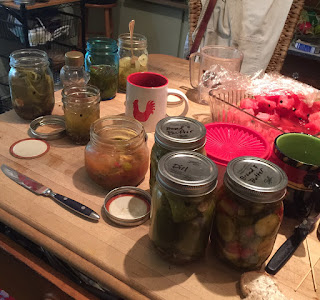 Billy ate about half a pint of bread and butters and Owen ate about a pint of dills. Lily liked the dilled green beans the best. I like the curried pickles the best. I swear to you, I am obsessed with making pickles. It's like I don't even want to open them or give them away because I just like to open the cabinet and see them, shining like little jewels in their tidy mason jars. I'm like Scrooge McDuck, opening his bank vault to see all of his golden coins.
Of course I really do want to open them and of course I want to give them away but I wish I could eat my pickles and have them too.

After everyone left I went out and spent another miserable hour picking the garden and getting mosquito bit but hell if I'm going to let this bounty get away from me. 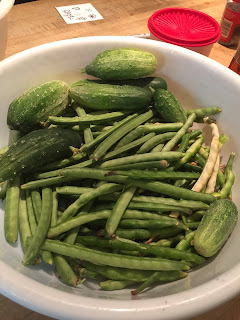 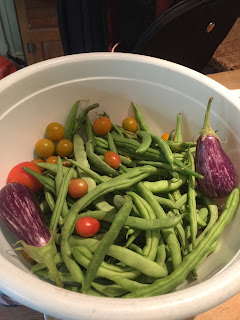 And guess what? I have five more pints of dilled cukes and beans in the canner right now. It's all about to be over. You really do not want to know how many worms I cut through when I was slicing my cucumbers. Don't worry. I washed the knife every time and could there be a better chicken treat than a worm in a cucumber?
I don't think so.

So all of that and some laundry too and Mr. Moon is home. He did not get to go fishing due to boat motor problems so he spent most of his time cutting the grass on our lot down in Apalach (he trailered the mower- yes, he did) and then picking up every twig and leaf, I am sure.
He is exhausted.