Questions. They Have Questions 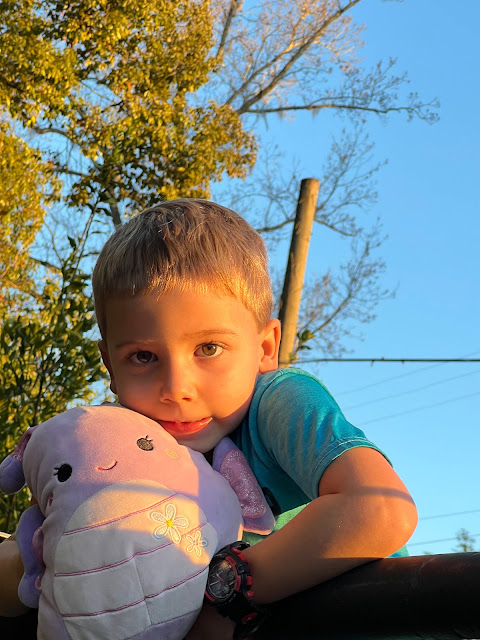 I had a good day with my boys but besides that, it's been a hard day. Being with August and Levon was good. They require my attention and I gladly give it to them. But I'm sure they could tell I wasn't all there. But I kept them alive and hydrated and there were animal crackers and we did read the book about the Managing Hen and it was exciting and I think they enjoyed it although August told me that if there was a shorter version, he might enjoy it more.

Levon started off asking me many questions, none of which I could answer. The first was, "Mer- how were planets built?"
Okay then.
You know, you sort of think you know how things work. You go to school, you read some books, you go to college and take physics, and so forth. And then your five-year old grandson asks you how planets were built and you find yourself wondering how in hell they WERE built and trying to come up with a halfway accurate response and finally saying, "You know what, Levon? I have no idea."
I babbled on about space rocks and the gravitational pull of the sun and then I said, "Ask your daddy."
This reminded me of when Maggie asked me during the Grandparent's Day lunch how human beings came to be. I actually had more of a clue about that but still...
I can't remember many of the other questions Levon asked me but I do remember that I basically did not know the answer to any of them. One of them was how does the car know when there's something or someone moving behind it and how does it know to make that beeping sound? This one I referred him to his grandfather on but I said something about motion sensors and lights that come on when something moves below them and so I suppose that they could hook up a beeper noise just as well as a light.
Sigh.
Oh yeah! He asked me, "How does Santa get his magic?" This question came after he told me that he wants to be Santa when he grows up. I did not feel too bad about not knowing the answer to that one. Plus, I'm too old to be making up shit about the Santa myth. Believe it or don't, kid, but don't worry overmuch.

And then when I picked up August he asked me how much my car had cost. Again- ask Boppy. "Was it used?" "Yes, yes it was." So I was doing better there.
But overall I've come away feeling as if I know nothing, nothing at all, and even if I do, none of it is anything that a child wants to know. 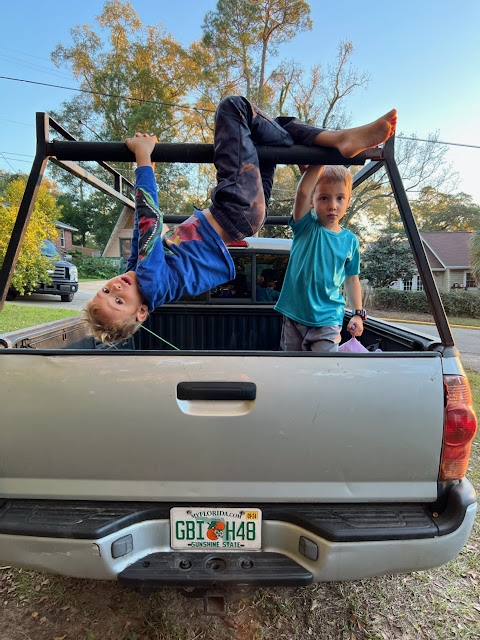 But I do know that I have beautiful grandchildren and that they are exactly as smart and curious as they should be. I suppose that children want to know that their grandmother believes that about them and I think that my grandchildren do know that.
The hard part of the day has been anxiety. It is "playing up again" as you Brits say or as I say, Fuck this shit I hate it with all my heart and soul and mind and blood and bones and it is not anxiety it is terror.
Well. I suppose I should just "sit with it" as they say and if I ever say that to anyone please shoot me.
I actually heard an "expert" on a podcast talk about what a gift anxiety is because blah, blah, bullshit blah, and I thought to myself that that woman has never had real anxiety. That statement is right up there with god never gives you more than you can handle and what doesn't kill you makes you stronger.
In the meantime, I'm sure all will be well and this is just a fluke, a reaction to some stuff, a temporary state of affairs and I hope to plant some garlic this weekend and work on Maggie's blanket and right now I need to make a salad with greens I picked this morning and stir the spaghetti sauce I started before I picked up Levon and boil some pasta and oh! I hear that Oprah's Favorite Things List is out and I've just checked it and I probably should order some handwoven plates ($98 from Amazon) or perhaps the Musee Words of Encouragement Soap Set ($45 from Amazon) and for sure and without a doubt, Oprah's own The Life You Want Daily Inspiration Cards ($49.95 from Amazon).
I'd rather just look at this picture. ($0 from my iPhone which yes, did cost money but it also has google where I can, theoretically find out all the answers that Oprah may not address.) 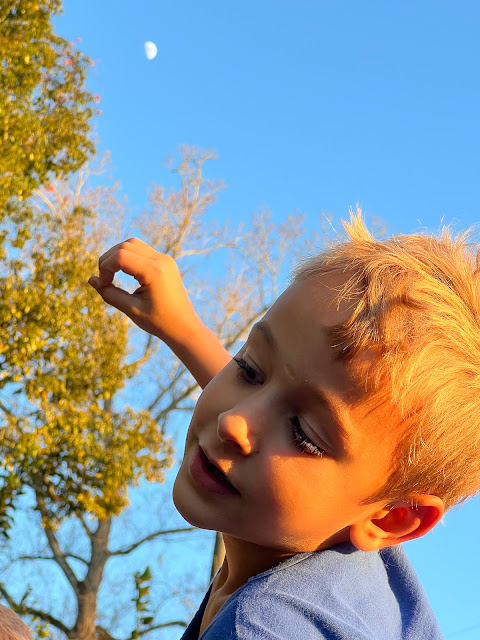