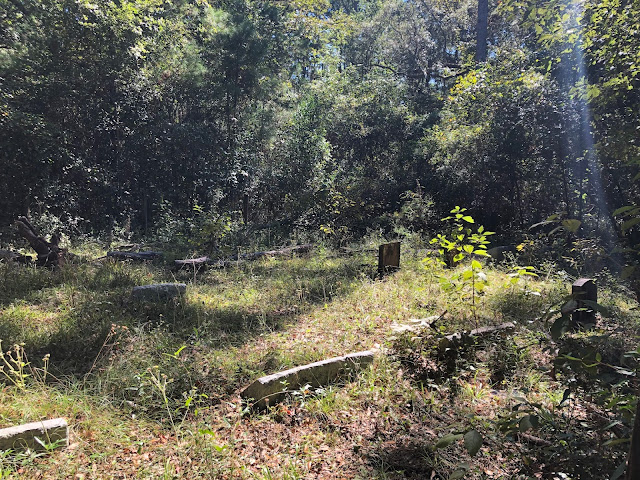 Another almost unbearably beautiful day today and again, I felt good. I suppose that the more time passes since my little surgery, the more healing is complete which should be a big DUH but you know me- stubborn and impatient. I'm almost beginning to wonder if that appendix hadn't been bothering me for awhile, cooking up its infection, because I really do feel better now than I have for quite awhile. I'm not pushing anything, I'm just feeling my way. But I had a lovely walk this morning. I decided that two miles would be enough so I took off down roads that I hadn't walked in a long while including Subdivision Drive which is a funny name for a little wooded street with very tidy, well-kept houses lining both sides. The road leads to a horse farm and the little hidden graveyard is in a small clearing off of it up near the farm.

Ms. Shelly lives on that road. I used to talk about her a lot because I'd see her so often. She is one of those ladies who keeps her yard as free of leaves and twigs and as well-groomed as a golf course. And today, I saw her in her yard and so I called out, "Hey Lady!"
I think she was glad to see me and I was glad to see her. We ended up talking for at least half an hour. She re-broke a leg recently and has had a hard time healing from that and also, one of her brothers died. I knew that brother and I was shocked to hear he was dead. I've written about him too. He was called "The Sheik." That's what everyone called him although his name was Seymour. I remember him from the seventies when I lived in Lloyd with my first husband. He always wore a sort of scarf around his head that gave him the air of an Arabian and thus- his nickname. Later on, in the past few years when I'd seen him, he had abandoned the headdress and substituted a cap or a hat and always a pair of sunglasses. I knew he had heart disease. He told me. But Shelly told me that he died of a fast-moving cancer.
I hadn't seen him in a long time but I knew he'd moved to Monticello and he didn't have a car so...I didn't really expect to see him.
But damn.
His sister seemed profoundly sad about his death, as I can imagine she would be, but also grateful that he did not linger in pain for a long time.
We talked about a lot of things. She is a very proud lady and has worked so very hard all of her life, literally picking cotton as a child, tending to and raising her younger siblings. She loves her little house and yard that she bought with her own very hard-earned money. I don't think she ever married. She has a deep faith. So in a lot of ways we have very little in common but I think there is a connection between us and when we said good-bye today we agreed that seeing each other had been so good for both of us.

I walked on up to the horse farm. Shelly had told me that they were doing some sort of clearing and indeed they are. We've been seeing truck load after truck load of dirt going by the last few months, wondering from whence it came and to where it was going and now I at least know where it's coming from. 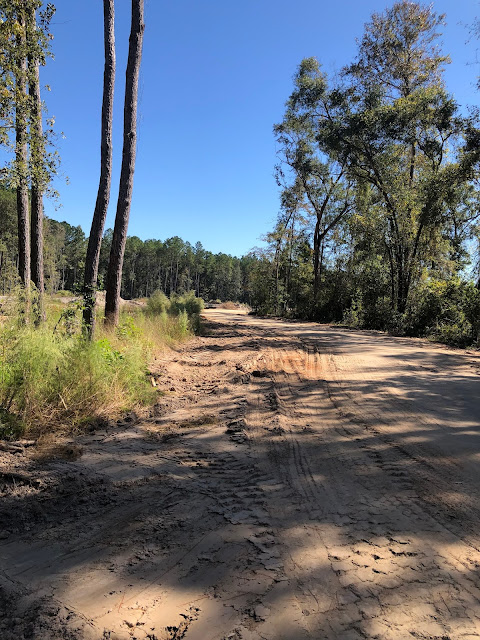 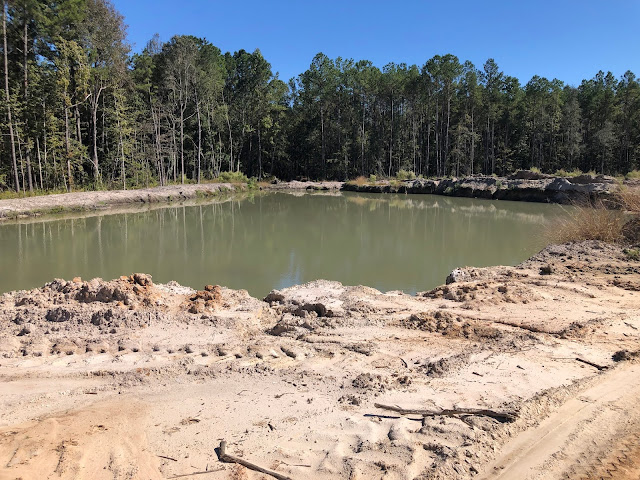 What in HELL they're doing is a complete mystery to me. Creating waterfront property?
Anyway, I walked on to the old graveyard which is in sad disrepair. Trees have fallen and their broken trunks lie on the graves. No one has trimmed or cut the encroaching weeds and brambles for a very long time. Some of the graves go back to the early 1800's but some are actually quite recent. It was a sad sight. 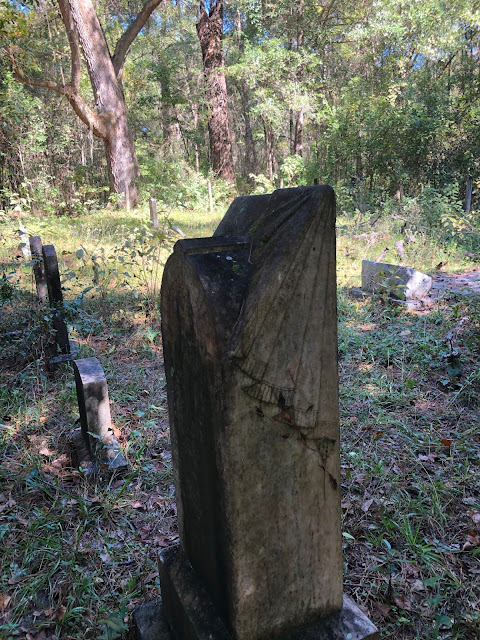 Still, it was such a blue and temperate day and by the time I'd finished my walk I'd covered three miles, not two, although of course I had that long break in the middle, catching up with Shelly.
I did a quick run to Tallahassee to get groceries and then came home and found seven eggs which is more than we were getting before I gave away the two hens and got rid of all the excess roosters. Jessie reports that the new girls at her house have not laid yet and I told her that if they turn out to be defective, she can return them in exchange for more.
And so it goes. Tomorrow we're planning a lunch meet-up at our old favorite, El Patron, which somehow managed to survive the worst of the Covid, probably because of their huge outdoor patio. I am looking forward to that.
And now I've done a search in my old blogs for a picture I thought I'd taken of the Sheik and I have found it. I remember that day. I asked him if I could take his picture to put on my blog and he happily agreed. So here he is. 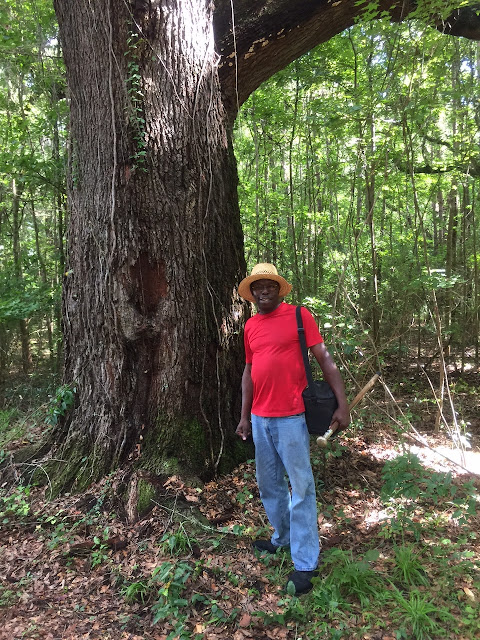 He was a character. Shelly told me he was an artist and that hardly anyone knew that. I told her that I was not surprised to hear it.
So- here's to you, Sheik. We crossed paths many, many times over many, many years and you were never anything but a sweet and kind and humorous gentleman to me. I will miss your face.
Love From Lloyd...Ms. Moon
Posted by Ms. Moon at 6:24 PM