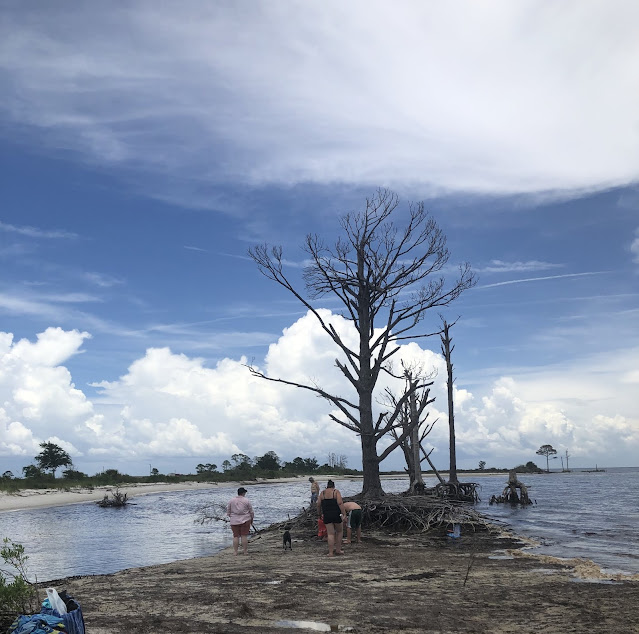 It's Mr. Moon's birthday and we drove down to the coast and met up with Lily, Lauren, Owen, Gibson, Maggie, and Pepper The Dog at Hamaknockers, a restaurant in Crawfordville where we ate barbecue on tables outside and it was delicious.

And then we drove to Panacea where I lived one million years ago in a house by the bay or rather, I squatted in a house by the bay with about eight other people. We had no running water or electricity and some of the rooms were dangerous to walk through because of rotten floorboards but somehow it all worked out for a little while. Until it didn't.
Still, I love Panacea in a way with its miles of grass rivers and cabbage palms, fishing boats and millionaire's houses where people never seem to live. There's a little beach at the end of a road just this side of a bay called Mashes Sands and right before you get there, there's another little road that goes to the beach where there used to be a fishing pier but most of it got destroyed by a hurricane and it still hasn't been rebuilt but you can make your way down to the water and there's a little tidal creek that flows with a good current and a little peninsula that makes a fine place to set chairs and watch the kids play in the water. It's the same place that Jessie and Vergil found and where the picture of Levon and me in the header was taken. That day was two years ago exactly because that's where we went on Mr. Moon's birthday in 2019.

Mr. Moon brought his fishing gear and he set up on the other side of the little creek by the bay and he and Maggie sat in the water together for a long time. 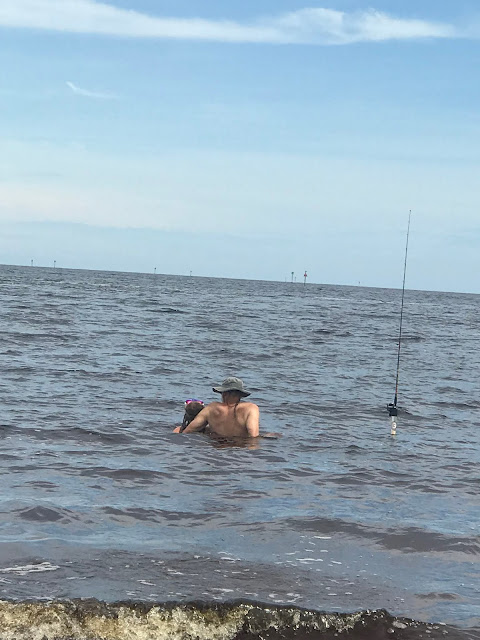 "I like being in your arms, Boppy," Maggie told him. And I think that's what he'll remember most about this birthday. He didn't catch any fish but he managed to catch a Maggie for a little while. 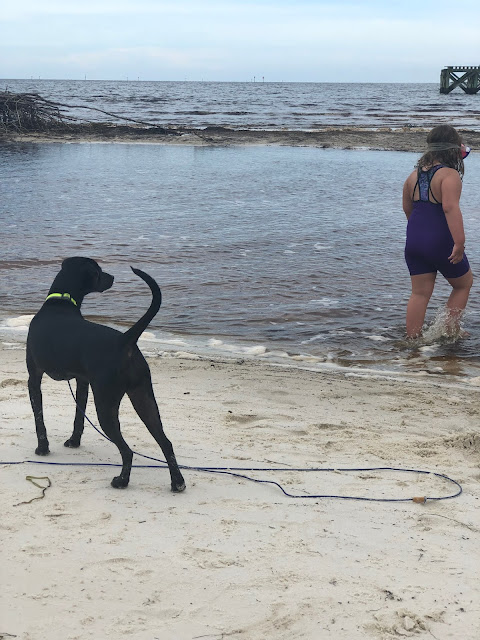 The kids and Pepper had a great time. They swam and found hermit crabs and pretended the current was sweeping them away. Lauren and Lily and I sat on the shore and watched it all and talked and laughed. I got in the water too and let it wash over me like a tannin-colored dream and it was so nice to be sitting by the water, letting it all flow and be. 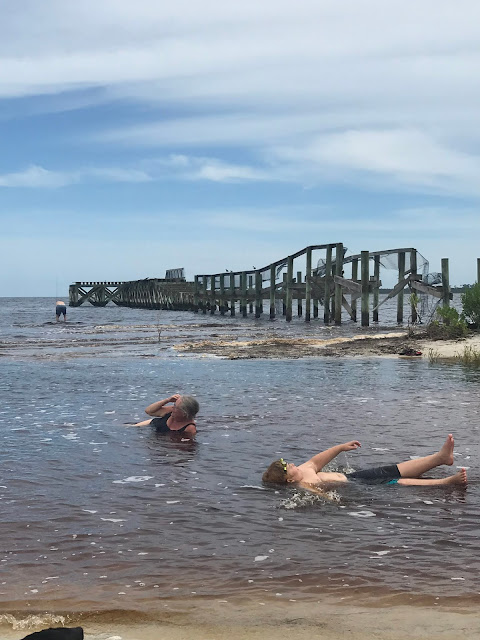 When we finally packed up and hauled our chairs and the umbrella and our bags across the little creek back to the beach, it had begun to look dire to the east of us. We could hear very distant thunder for a while before that and suddenly, there was a squall line that was remarkable and then, just as we got back to the cars, the wind began whipping and it looked like this. 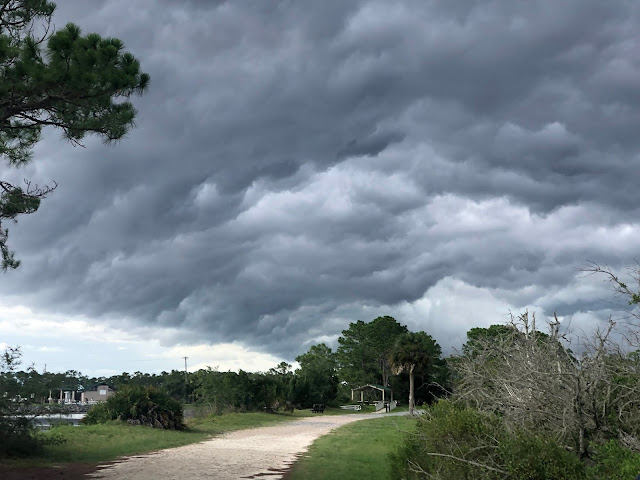 Seagulls began being blown backwards, trying to wheel around like a sailboat tacking into the wind and we all said things like, "Whoa! Good timing!" and so forth and then we drove home and here we are and the rain is coming down again and I'm going to go make our supper.