A Day Tender To The Bone 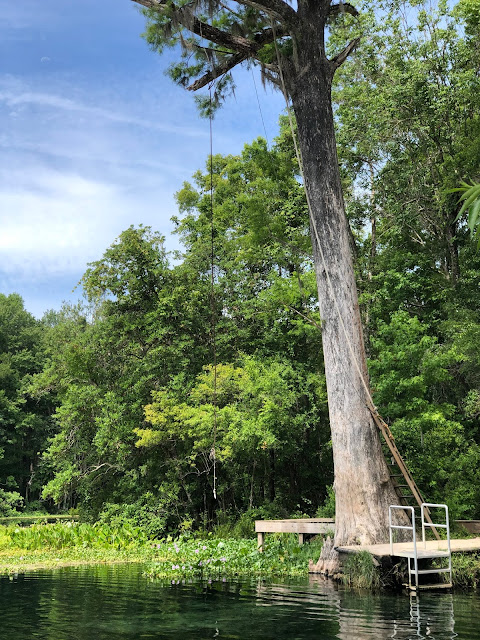 Last night Jessie texted and asked if I'd like to go to the river with them today and I said that I very much would like that. The knowledge that they're leaving this weekend is almost more than I can bear and so the idea of spending time together at the river was perfect.
And it was a beautiful day. We got there before the hoards and so were able to settle into a shady spot right by the little beach where the boys play. I watched Jessie put sunscreen on their perfect little faces and my heart just about broke, thinking how much I'm going to miss them.
It was a laid-back day. Mostly the boys played in the sand and on a little float that Jessie brought. 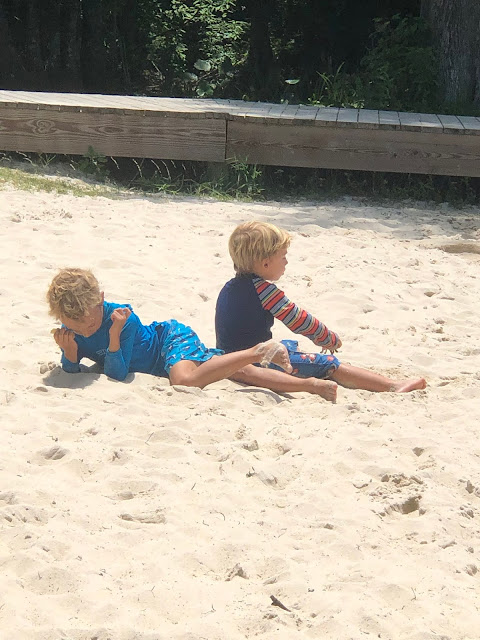 We ate our lunches and just enjoyed the day in its simplicity. At one point I felt like I had never been more comfortable in my life, at least temperature-wise, than I was sitting there under that cypress tree with a little cool breeze blowing on me after I'd been in the water.
A bit of true perfection, noted and appreciated.

Before too long there were a bountiful plenty of young kids, all playing peacefully, borrowing shovels and pails from each other, wading in the water, paddling around. Mama's, grandmama's, a father, watched from the shore or stood in the cold water and talked. There was a profoundly pregnant woman who was with a group of other women and I heard one of them tell her, "You are incubating. I will take care of the snacks."
I liked that.
Another extremely pregnant lady showed up wearing a bikini which made me so happy. Nothing I love more than a gorgeous belly full of baby. She had three other children with her, the oldest couldn't have been more than five or six. The children played very quietly and I never heard her say a word. At one point, the youngest child crawled up on her lap and wanted to nurse and Mama let her, a serene and beautiful goddess.
There was a gaggle of almost-teens, girls and boys, and there was much displaying of giggles and screams, the way kids that age experiment with how to interact with the opposite sex, just as they are beginning to truly find interest in such activities.
I sighed and said to Jessie, "Remember that? It was so new and  powerful and so fun."
She agreed that it had been for her too.
There was a couple probably in their twenties who only had eyes for each other. They sat on the dock, she with her hand on his arm, he with that arm reaching over her leg to pull her closer. Jessie and I both liked them.
"They look fresh," I said.
"Maybe," she said. "You never know."
And that's true. You don't ever know. The sweetness of touch may lose its novelty but not its comfort or even, sometimes, its tingle.
If we are lucky.

I sprayed my legs with Backwoods Off! not even messing around with the tamer, gentler, more natural forms of bug repellant. And I didn't get bit until I'd been in the water a few times and it had all washed off. People left and right were slapping yellow flies. I managed to kill a few myself and I do not feel bad about it in the least.
One got me a few minutes before we left and when I got home and was taking the baby chicks some treats, another bit me twice.
I am still itching.

We finally left, sometime after two, packing up the car and getting the boys into their clothes. All the way home we told jokes. The boys' jokes were heavily influenced by fart humor. They made August and Levon so happy and laugh so hard that Jessie and I could not help but laugh too.

I had left the house with my chores completely undone and so after they left I put clothes in the washer and made the bed and preheated the oven to bake the sourdough I'd had rising since last night. It rose so prodigiously on the first rise that I decided to let it have its second rising in the dutch oven I wanted to bake it in which is something I've never done because all the rules say to heat the dutch oven before you put the dough in it but somehow when I transfer my dough to that hot pot, it always sinks and disappoints me, not to mention the fact that this method creates a very intense crust. I mean- I like crust but you shouldn't have to get out a bone saw to cut through it. That almost-burned crust seems to be the hallmark of an artisanal loaf and I've just gone along with the party line up until today. I covered the dough with the lid when the oven was ready and slid it in to bake and it made a fine-looking loaf. After that was done, I made up a hippie pineapple and almond upside down cake because I have a lot of fresh pineapple that we aren't eating fast enough. That, too, looks fit to eat. 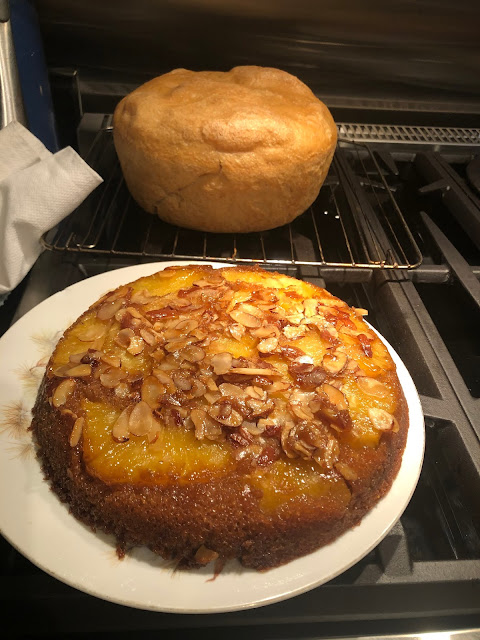 There they are, loaf and cake.
Have I mentioned lately how much I love my new stove?
It is serving me well with its yeoman strength and faithfulness, it's no-frills singular purpose.

We still have six chicks. They are starting to get their little feathers. 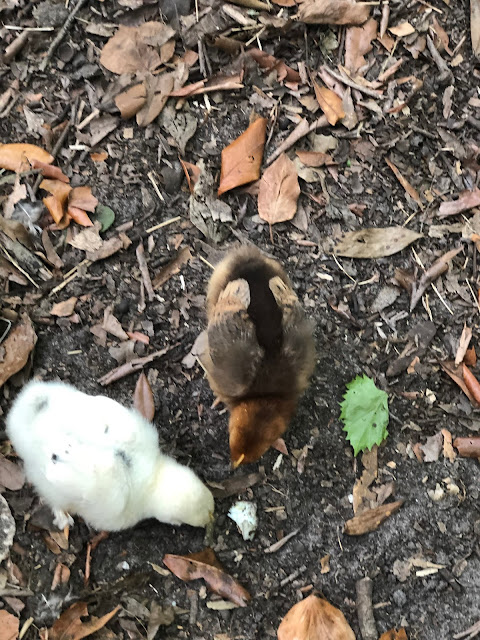 Can you see the wing feathers on the brown chick?
We are so proud of them. I'm sure Darla is too. She pecks us hard enough to draw blood every morning when we take the chicks out of the baby coop and every evening when we put them back in.
She is such a good mother.
I respect that with all of my heart.
Love...Ms. Moon