Don't Expect This To Make Sense 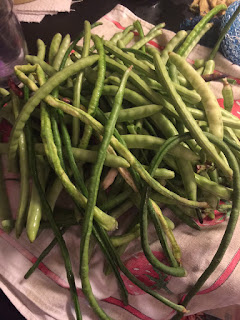 That is what my brain looks like today, only not that orderly.

Anxiety will fuck you up.

It's crept its evil little self (there's another word I want to use but I can't think of it) back into my psyche and I can't think for shit and I just want to lay down and sleep forever and I did take a nap this afternoon and I know I'll be okay but this sucks.

I spent most of the day in town with Lily and the boys. We went and got some papers signed and went and got our hair cut. No, no, I didn't get all of mine cut off. I just can't do it. Don't ever listen to me again if I say I'm going to, either. I got about five inches cut off and no one in this world would notice a difference. Lily got hers cut pretty short though and it's darling and I'm so spacey I didn't even take a picture but I will. We went to see our darling Melissa and I'd pay to just sit there in her presence and chat with her. I mean it. She's so precious and pretty and funny and smart. 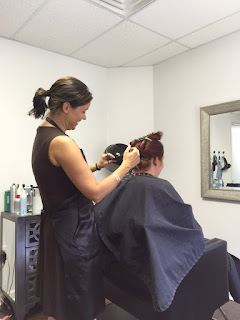 The boys did their best to be well-behaved but as always, they were...boys. Melissa just laughs, though, and offers them blow-pops and tootsie pops and lets them play with her dinosaurs and they both wanted their hair cut too but today was not their day. They gave her hugs when we left and Lily and I gave her hugs too and I offered for her and her husband, our Juancho, to drive their camper to Lloyd and let that be their vacation.
I'd even let them use my bathroom. I'm serious. Hell. I'd make them breakfast.
Owen did say something while we were there that made my heart almost fall out of my chest. We were talking about Kool-Aid and I said I'd grown up on it and look how I turned out.
"Beautiful," said Owen.
Oh, but he's going to be a heartbreaker, that one.
After that, we went to the bank where Mr. Moon works and I watched the boys while Lily got more papers signed and when we were done, it was suddenly just pouring rain. Ten minutes before it had been sunny and lovely and then monsoon.
Florida. Jeez.

We went and had lunch and by then the boys were DONE and I was too and I took them all home and ran by Publix and got broccoli and cauliflower and lemons and came home and slept like the dead for over an hour.

I got up and picked figs and tomorrow IS going to be make-preserves day or I'm going to know the reason why. Then I picked the garden and gathered the eggs and now I'm going to make supper. Jessie and Lily had a plan to go see Magic Mike XXL tonight and wanted me to come. "We want to take our mama to go see some man meat!" Lily told her daddy in the bank.
We have a beautiful relationship, me and my girls.
But the movie doesn't start until 10:30 and I'll be in bed by then so, nope.

I still can't find my simmer mats and Mr. Moon even looked and yesterday I cleaned out all the areas I thought they MIGHT be in and this morning I tried to put a new plastic shield on my phone screen and couldn't do it and fucked it up and I want to take it back and I can't find the box it came in and it could only be in the trash or the recycle and it's not in either of those places but I DID find the boxes the simmer mats came in. Empty, of course.
I tell you- my mind is a mess.

And let me clear up something about my cargo shorts- I get men's cargo shorts. I don't have a waist and I don't have much butt and hips-forget about it. So they only come in waist sizes.
No, I will not admit to you what mine is.

I feel so stupid and so lame and so ridiculous and so...inept.
To sum up- crazy.

Going to go make venison meatloaf. Maybe that will straighten my crazy ass out.