Beat Your Stud On The Ground

Okay. So I HATE it when bloggers say something so fucking cryptic that you're like, "Hey! Either tell us what's going on or just don't mention it."
Right?
Well, yeah. But sometimes I just get a little hazy on what I should write about and what I shouldn't and yet, y'all know if I leave out huge blocks of time or something. After all these years, we just absolutely KNOW each other.

So, before I jump into everything let me just ask WHEN DID MR. MOON AND I BECOME THE CUTE COUPLE?
Holy fuck. I remember (and I am not making this up) when we walked into a casino in the Bahamas together once and action in the place completely halted. There was silence as everyone watched us. Yeah, yeah, he was seventeen feet tall but I was blonde and gorgeous and together we were pretty darn good-looking.
So twice in the last two days, complete strangers have asked us how long we've been together (and there was the other incident the a few weeks ago) and then proceeded to tell us how cute we are.
Cute.
Ugh. I have a visceral reaction to that because my grandfather, when he felt that my grandmother had said something idiotic would say to her, "Oh, Mother. You're so cute."
Even as a child who did not know the word condescending, I know that was wrong.
So, yeah. Now we're cute. You know why? Because we kiss. And hold hands. And shit like that.
And cute to me implies old and well, old. Maybe a little silly.
The two people who asked us this in the last twenty-four hours were both in an MRI place. One, a tech, the other a woman in the waiting room.
Because yes, we have been to an MRI place twice in the last day and that's sort of what's going on. Part of it.
Mr. Moon has something going on with his lower legs as to muscle and nerves and we need to find out what's going on in order to get 'er all fixed up. And no, I don't think it's a disease process (and the neurologist agreed) but more of a situation where there is nerve entrapment or something like that.
Thus, the MRI's.
Neither of us, of course, has ever had an MRI. And Mr. Moon's one true Achilles heel is being in small and enclosed spaces. Which of course is what an MRI is all about. That and the incredibly loud noises and don't go in there if you have a pacemaker because YOU WILL DIE!
So this was all new to us and it took quite a bit of calming medication but he got through it and so that is done.
This is a process and together we shall get through it and I know it.
My husband is the absolute strongest and bravest man I know. Despite his proclivity to pass out at the sight of blood, I have seen him run to be the first at the scene of an accident more than once. He has opened businesses, run them, faced the deaths of his parents and his sister, been there for me far more than any spouse should have to be, and been the very source of strength and love for this family.
Plus, he can carry his jon boat in his own two arms and do CPR on a baby chicken. Not at the same time.

Look- no man is perfect but he's as perfect as I've ever met and we're going to do this thing by god and we may look cute but we are a fucking strong team and we love each other and we kiss in public and I am going to die before he does and when I do, he's going to have an entire notebook full of suitable women to marry because I have a sign-up sheet on a clipboard with a pen tied to it with a string and there are plenty of names of women just waiting for me to kick the bucket.

Unless, of course, we both turn out to be the first two people in the history of the world to be immortal.
Not really counting on that one.
But as far as I'm concerned, he is, and let us carry on and do what must be done.
He's promised me a trip to Cozumel next year and by god, he's going to take me and that's all there is to it.

Oh- and the title to this post? Well, we were on our way home this afternoon and Jason called with questions about something he's trying to fix on his mom's car and Mr. Moon looked up a Youtube about the situation and I started to say something and he went, "Sssh!" which pissed me off and then the guy on the Youtube video said, "Then you beat your stud on the ground," and I thought, "Uh-huh. Gonna beat MY stud on the ground," and then I started laughing and then he apologized and I said, "Guess I won't have to beat my stud on the ground," and he started laughing and thank god we still make each other laugh.
Yeah. We are silly. So what?
And THEN when he was talking to Jason again he said something about "loosening the nuts" and I started giggling again. In developmental stages, I think I can safely say that I am at least one step above the poop level.
And now I have a new favorite thing to say which is, "I'm going to beat my stud on the ground," and let's hope it never comes to that. 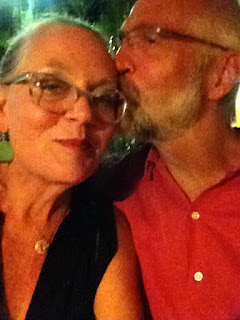