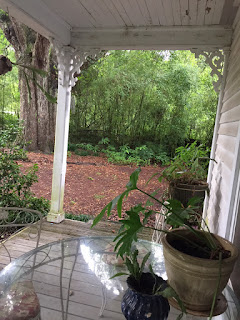 It's a drizzly drippy day here in Lloyd and cool and green and the roosters are calling back and forth. For the fourth day in a row, I woke up with almost none of my existential angst. It's weird. You know how when people start taking anti-depressants and they say, "All it did was make me feel more like myself?"
Like that.
My dreams have been less crazy too. They still are many and varied and some are not exactly pleasant but at least when I wake up, I can make a sort of sense of them.
Am I giving credit to that little dose of mushrooms I did on Saturday?
I don't know. Placebo effect?
Whatever it is, I'm good with it. Literally. I'm not exactly ready to pack my bags and travel to India but I feel...okay.

And I'm celebrating today, in my own very quiet way because it's this guy's birthday. 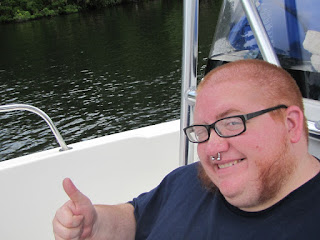 Yep. Thirty-nine years ago, my first-born got born. My Hank.
Here's what a friend of his wrote on Facebook this morning:

"Here's a little trivia for you:
Who is the most awesome birthday boy of the day? Someone who is one of my favorite people in the whole world and has been inspiring me to do more and be better for years and years? Anyone? Anyone? Well it's Hank Saints. Duh."

I could sit here and tell you Hank stories all day long, starting from the evening of his birth when he absolutely laughed out loud when some friends came over to see us and their little girl made faces at him and tickled him.
I know. Not possible.
Shut up. I saw it.
And he's been laughing ever since.
In a way, he's the core of this family. He brings us together, he binds us all somehow. 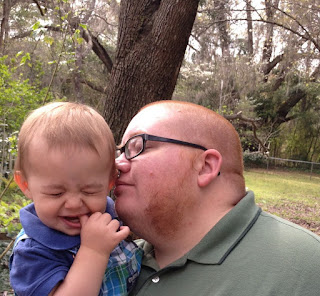 He loves his nephews, his sisters, his mama, his Daddy Glen, his other-mother, his father. He has tattoos. He loves his cat who used to be named Humbert-Humbert but is now named Johnny Karate. 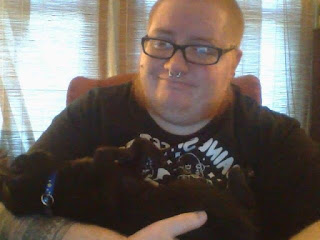 He is tender. He is stalwart, he is steadfast.
I remember when Lily was having Owen in the hospital and Hank had no desire to be in the labor room or part of that whole process but he stayed in the waiting room the entire time, keeping watch, keeping faith as Lily worked so hard and so long to birth her first-born.

He makes adventures happen for us all, family and friends alike. 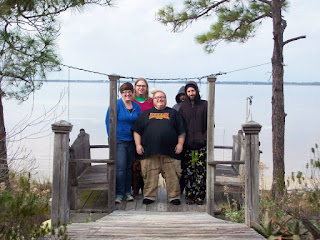 He made the parade parties every year when he lived downtown. It was fabulous. It was famous. 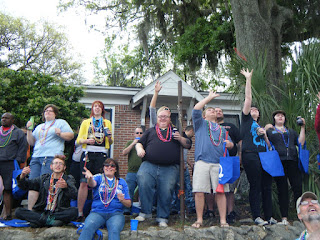 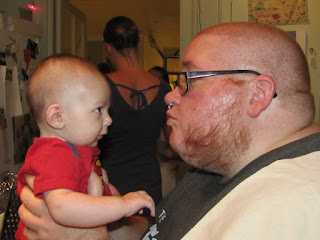 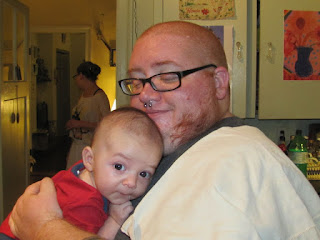 And babies love him. 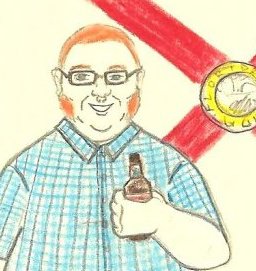 He officiates marriages. He loves...he loves so much.

I've been looking at pictures I have and pictures from Facebook and thinking about my boy for hours now. He's in Pennsylvania, still, visiting a friend, and I miss him.
I have known him for thirty-nine years. He was my first baby. He is one of my best and oldest friends. 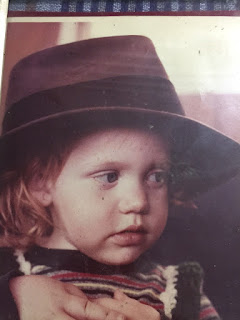 Happy Birthday, Hank. May this year be the best of all so far, yet not as good as the ones to follow.
You are your mother's heart. Her pride and her joy.
Her beautiful, beloved red-headed boy.
I will kiss you and hug you when you come home.